GBP/USD outlook: Recovery looks for retest of daily cloud top after being boosted

Cable keeps positive tone in European trading on Tuesday after UK jobs data showed better than expected results.
Although the unemployment rose to the highest since Oct 2018 (4.1%, in line with expectations) small drop in employment and fall in jobless claims, improved overall picture.
The pound showed mild reaction  after the parliament passed PM Johnson’s controversial plan which collides with existing Brexit treaty as well as international law.
The pair rose to the session high and pressuring 1.2900 barrier, following Monday’s first positive close after seven straight days in read.
However, recovery was rejected at first strong barrier at 1.2934 (daily cloud top / Fibo 23.6% of 1.3482/1.2762 fall) and firm break here is needed to confirm initial reversal signal.
Pound is dragged by stronger Euro, but rising negative momentum on daily chart is conflicting north-heading stochastic and RSI that may obstruct recovery. Read  More... 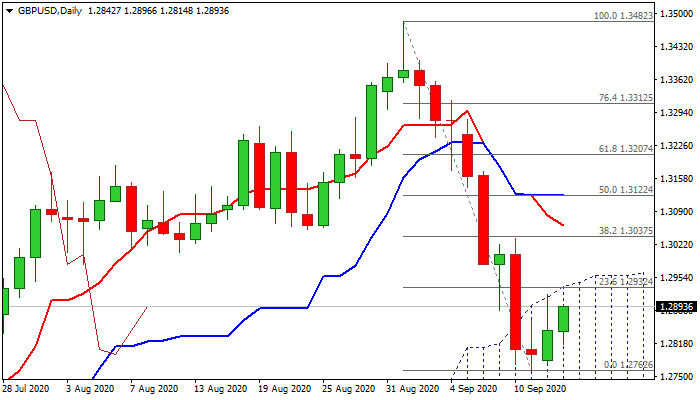 The GBP/USD is getting close to the first POC zone. We have two possible spots where the price could reject from.

GBPUSD has pivoted at the 1.2762 level within the Ichimoku cloud and near the 200-day simple moving average (SMA), disrupting the correction from the 8½-month peak of 1.3481. Aiding downside pressure is the falling red Tenkan-sen line, which has crossed under its blue-Kijun-sen line. The MACD, below its red trigger line is sponsoring negative price action as it dips further below the zero mark.

Nonetheless, the RSI’s rebound ahead of the 30 level suggest a pick-up in positive momentum. The stochastic %K line has positively overlapped the %D line and has confirmed a bullish tone. Moreover, the nearing bullish crossover of the 200-day SMA by the 100-day one may reinforce positive sentiment. Read More... 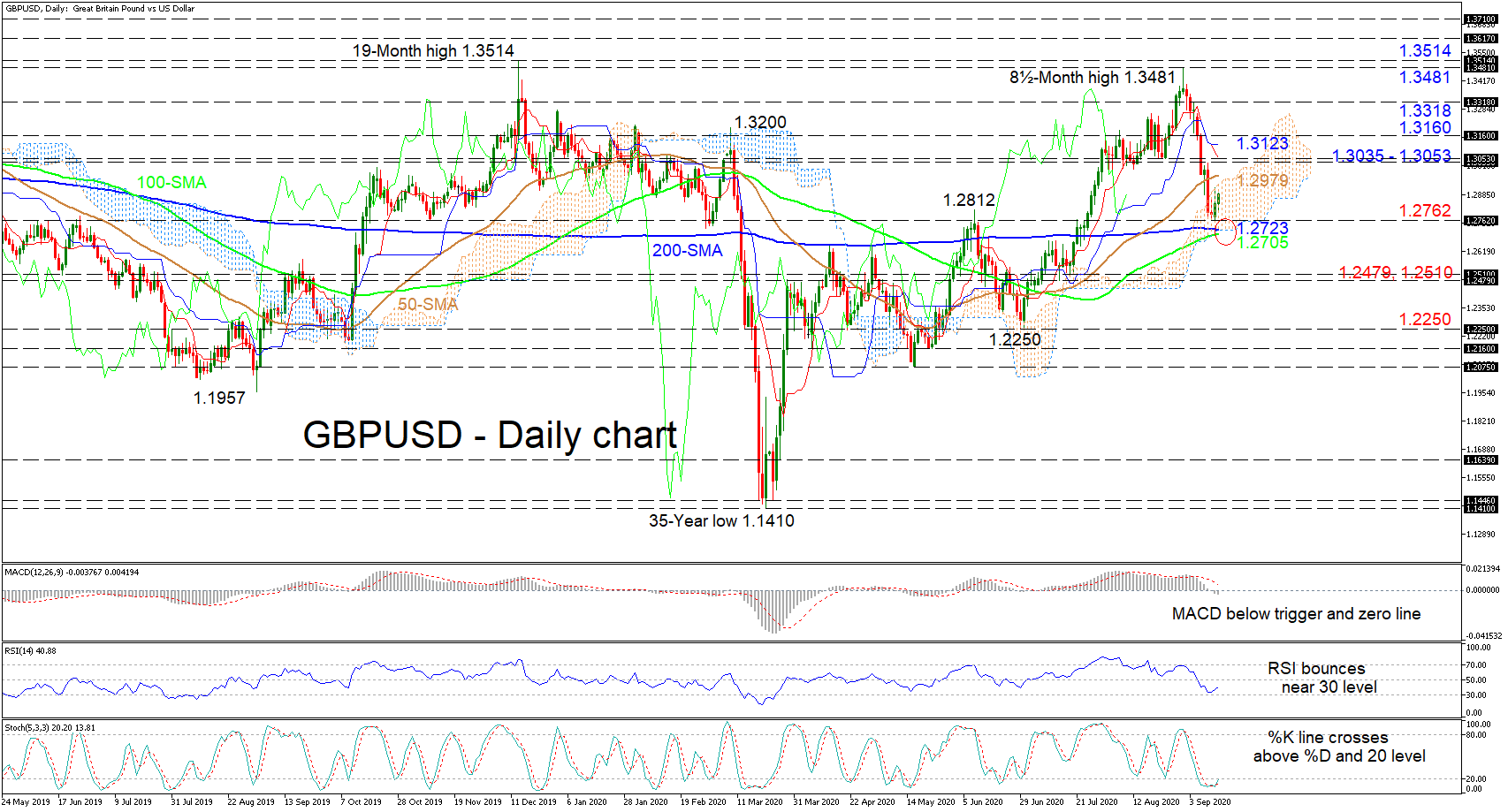 EUR/USD: Coronavirus resurgence a cause for concern for Euro bulls