GBP/USD takes the bids near 1.2936, an intraday high of 1.2938, as markets in Tokyo open for trading. The pair rises following its formation of the bullish candlestick pattern on the daily (D1) chart the previous day.

The bullish MACD conditions and the pair’s successful trading above 100-day SMA are extra price-positive signals that favor the GBP/USD bulls. As a result, the quote can again confront a 50-day SMA level of 1.3011 during its further upside. However, a confluence of the monthly top and 50% Fibonacci retracement of the September month downside, near 1.3077/82, will question the additional rise of the pair.

GBP/USD Forecast: Bearish as the UK prepares for a no-deal Brexit

The GBP/USD pair seesawed between gains and losses by the end of the week, ending the day unchanged yet around 1.2915, down from its Monday’s opening. The British Pound was hit by comments from UK PM Boris Johnson, who said that local business should get ready for an Australia-type deal with the European Union, “given the EU have refused to negotiate seriously.¨ Even further, he said that talks with the EU were over, adding that EU's chief negotiator Michel Barnier should only come to London this week “if he is prepared to discuss all of the issues on basis of a legal text.” Barnier was due in London for talks with his counterpart, David Frost. 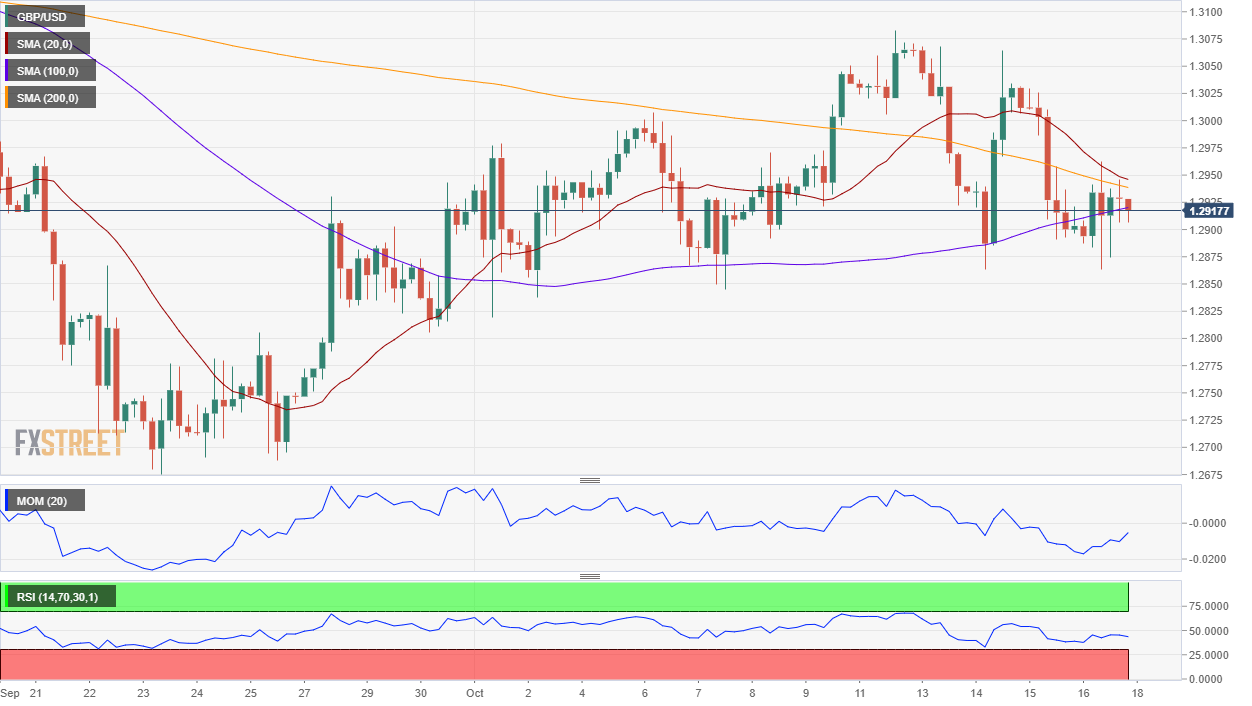