The NZD/USD pair came under strong bearish pressure during the American trading hours on Friday and touched its lowest level since late December at 0.7119. With the markets going into a consolidation phase ahead of the weekend, the pair recovered a portion of its losses and was last seen losing 0.8% on the day at 0.7153.

A negative shift witnessed in market sentiment in the second half of the day caused the risk-sensitive to kiwi to weaken against its rivals while boosting the demand for safe-haven greenback.

The data published by the US Census Burea showed on Friday that Retail Sales in December declined by 0.7%. Additionally, the University of Michigan's Consumer Sentiment Index dropped to 79.2 in January's preliminary reading and came in worse than the market expectation of 80.

Pressured by the disappointing data releases, Wall Street's main indexes opened in the negative territory and pushed lower. At the moment, the US Dollar Index is up 0.46% on the day at 90.65 and the S&P 500 Index is losing 0.5%.

With Friday's decline, NZD/USD remains on track to finish the week in the negative territory after closing the previous two weeks higher.

AUD/USD: Vulnerable to further downside around 0.7700 as greenback bulls get stronger

EUR/USD bulls in play from key support on the monthly time frame. Lower time frames depict the bullish outlook on a break of the hourly 10 SMA for the open. EUR/USD is decelerating in its current bearish impulse and the upside is compelling from support. 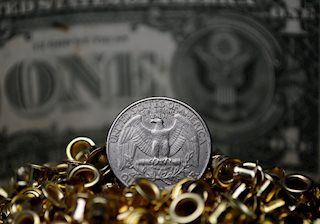 The US economy continues on its path of recovery, with solid PMIs and nonfarm payroll reports.  The US dollar is also showing strength, boosted by higher US Treasury yields. This week’s highlights rate decisions from the ECB and Bank of Canada and GDP reports in the eurozone and the UK.