NZD/USD came under selling pressure again on Thursday after making a fresh high for the week so far up at 0.5813, only to succumb to higher US yields and a rampant greenback that took revenge on its counterparts into the final seasons for the week.

The moves were extensive in forex that has struggled to find direction on the week so far in the lead into the showdown event in Friday's Nonfarm Payrolls.

US yields and the US dollar both rallied as investors dial back the sentiment surrounding a picot from the Federal Reserve. The following illustrates the market structure in the yields, DXY and NZD/USD ahead of the data for today.

US yields led the way after showing resilience earlier in the week.

The W-formation, as shown here on the hourly chart that is zoomed-in, is a bullish scenario for the day ahead. The yield will need to hold up on retests of the neckline. This is a bearish scenario for the kiwi as we head over to the Nonfarm Payrolls on Friday.

In anticipation of a positive report, the DXY index, which measures the US dollar vs a basket of currencies, including the kiwi dollar, rose and extended its gains from the previous day. So long as the bulls commit, there are prospects of a retest towards clearing 112.50 again with sights on 113.00. 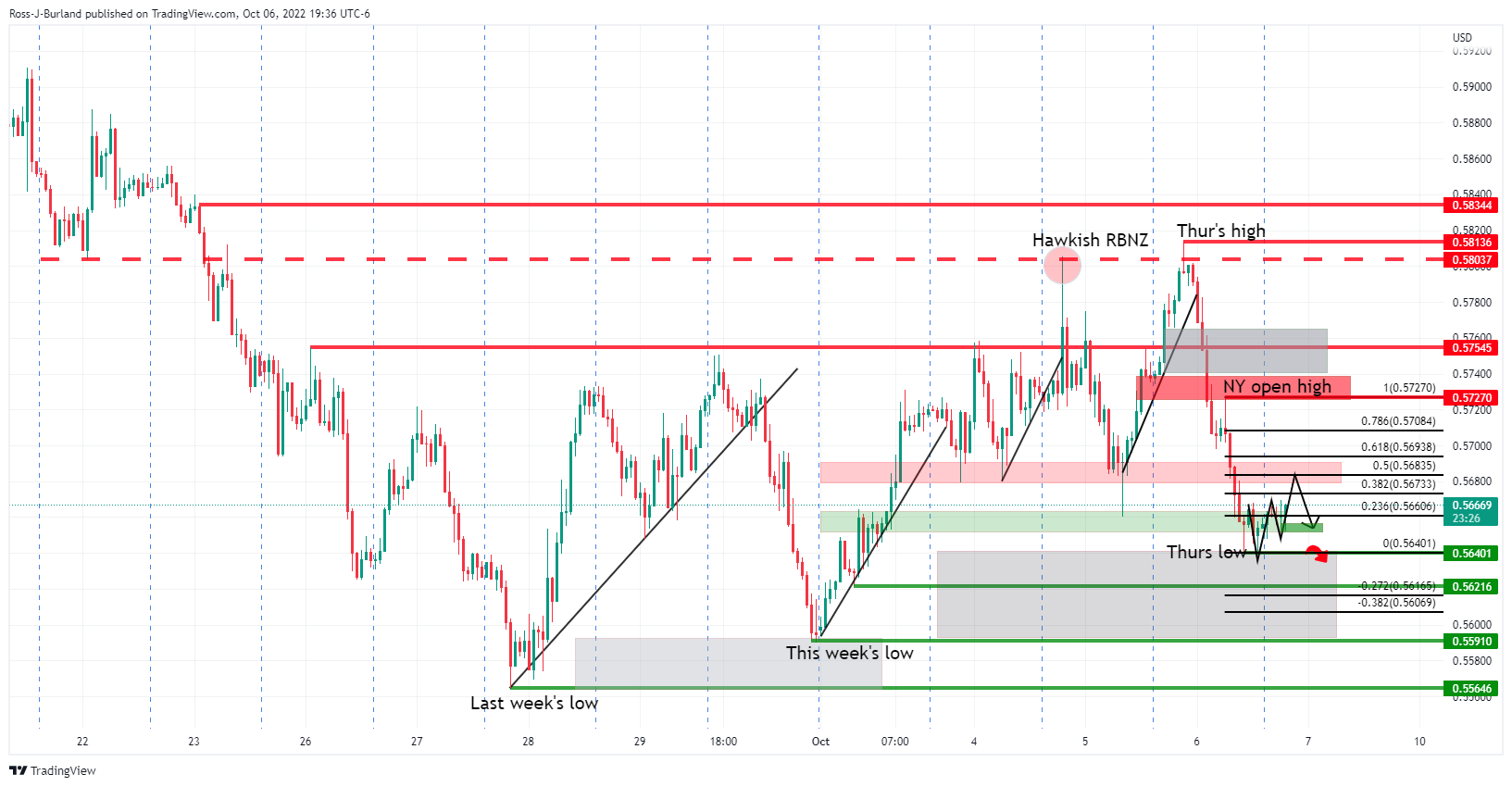 As illustrated, the bird was sold off heavily and is trying to base around 0.5650. A break below there, however, opens risk of a run-on long position towards this week's lows around 0.5590 with last week's lows located at 0.5565. On the other hand, should the NFP report disappoint, investor sentiment for a Fed pivot will be reignited ahead of next week's inflation data for the US, opening risk of a meanwhile rally back towards or beyond Thursday's highs around 0.58 the figure if bulls can get beyond 0.5750.