Fox News is reporting that the US administration is still on course to slap China with new tariffs on December 15. According to the report, that is the default, unless the world's largest economies strike a deal beforehand.

Earlier, President Donald Trump said that a deal may have to wait for after the 2020 presidential elections and that he is resigned to that option. During recent weeks, markets have been pricing in a deal. He reaffirmed his stance that Beijing wants a deal.

On Monday, White House adviser Kellyanne Conway said that the accord is being written. Other officials have also expressed optimism. Tuesday's comments and reports are a sharp turnaround.

Stock markets are selling off sharply and safe-haven assets such as the Japanese yen and gold are rising. USD/JPY has plunged to around 108.50 and the precious metal is trading at around $1,4780. 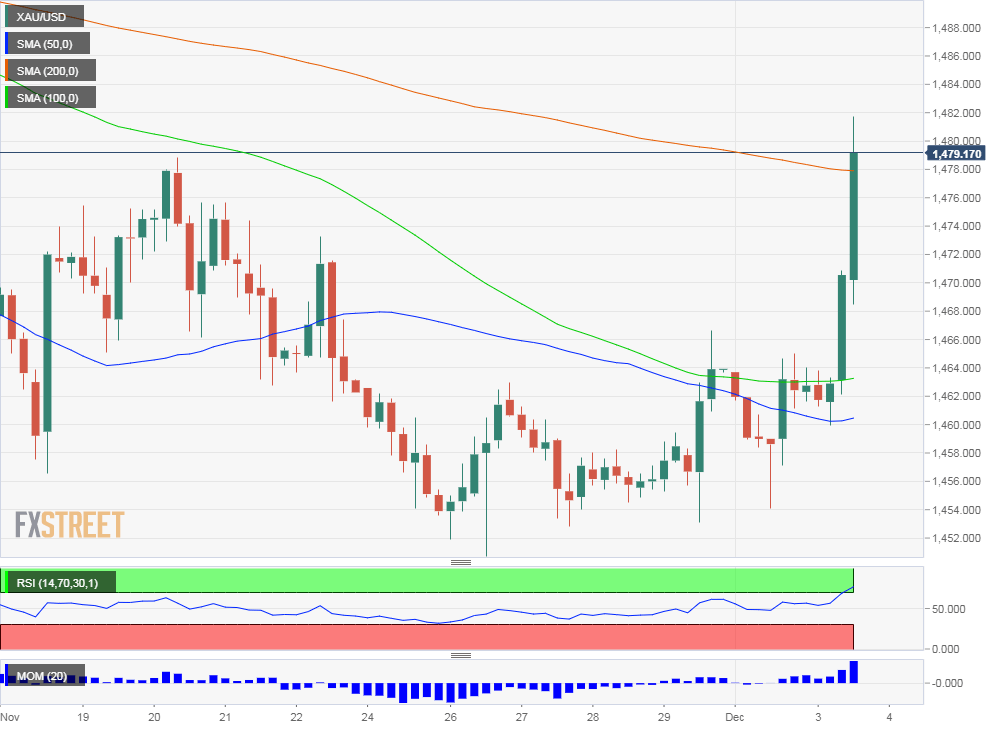