After gaining more than 19% on Tuesday, prices of the ride-sharing provider Lyft Inc's shares continued to climb on Wednesday and touched its highest level in a week at $30.29.

US senators and Trump administration have finally reached an agreement on the coronavirus relief package on late Tuesday to keep the risk-rally alive. Commenting on the $2 trillion stimulus bill, “this is a wartime level of investment into our nation,” Republican Senate Majority Leader Mitch McConnell said on Wednesday and noted that the legislation will be passed later in the day.

Reflecting the upbeat market mood, the Dow Jones Industrial Average is up 4.15% on the day while the S&P 500 and the Nasdaq Composite are adding 2.7% and 0.55%, respectively.

As of writing, LYFT is up 11.7% on the day at $30.22 and remains on track to close the fifth straight day in the positive territory. Last week, LYFT slumped to an all-time low of $14.55 before staging an impressive rebound.

The daily chart shows that the price is now above the 20-day SMA for the first time in five weeks and a daily close above that level would confirm the short-term bullish outlook. Additionally, the RSI on the same chart is within a touching distance of the 50 handle to suggest that the bearish pressure has disappeared. 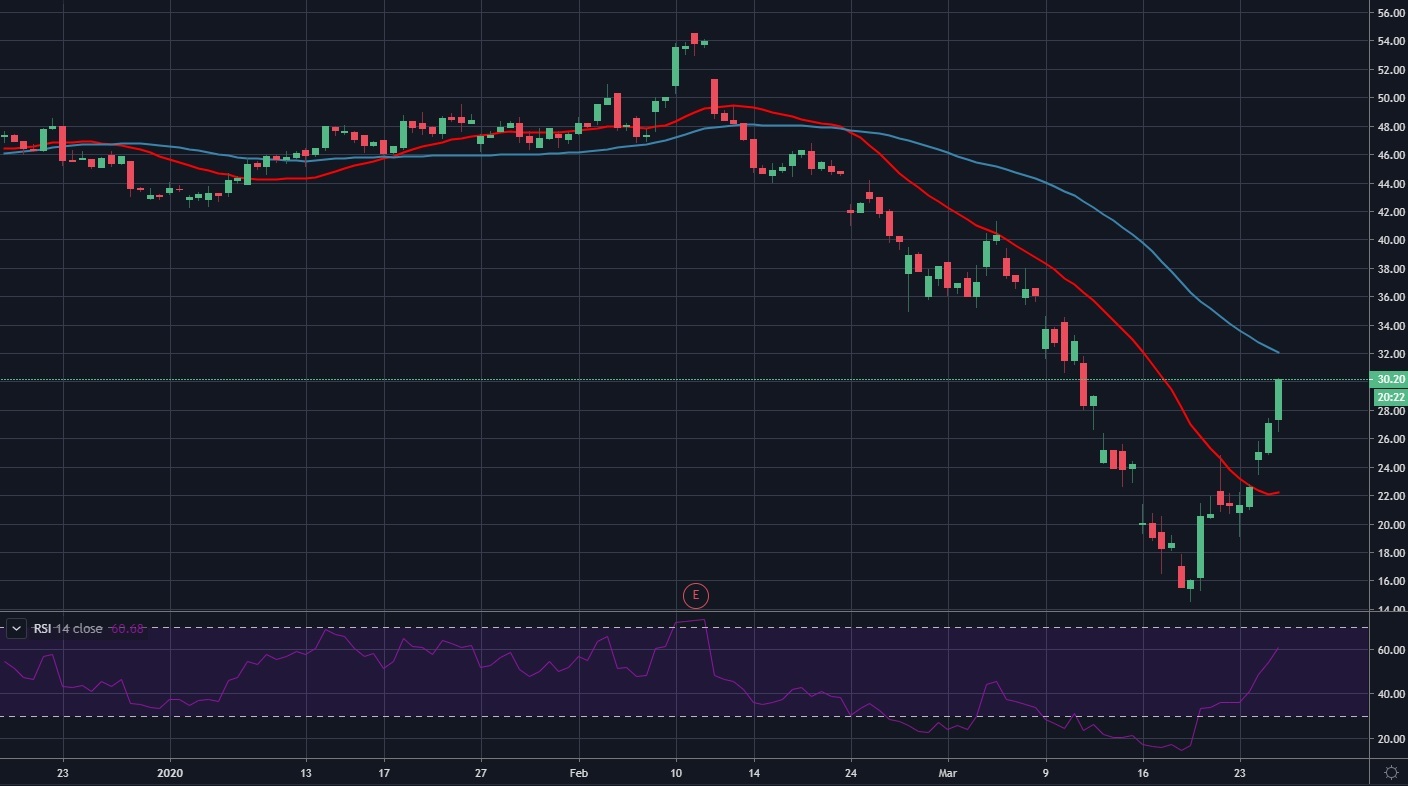