The stock market remains challenged this morning by competing news as overall volatility levels remain close to recent highs. A brief attempt at a rally on Tuesday failed miserably, and now the market opens negatively after having attempted to move higher during the premarket.

The failure to break the June low on Tuesday was celebrated by bulls, but in reality it was a weak session. Turnaround Tuesday never really got going, and it ended up with little change for the day. This morning we got early news from Bloomberg that Apple had told suppliers not to try and boost production. It appears demand for the new iPhone 14 is not as high as anticipated. Apple being the leader was always going to weigh on sentiment, but some analysts rushed to say this is a basic iPhone 14 issue. Orders for the higher margin iPhone 14 Pro and Max remain positive they say.

It remains to be seen, but if true that should indeed help margins and perhaps offset the disappointing iPhone 14 base model demand. However, we then got a major central bank pivot when the Bank of England announced it would intervene to buy long-dated bonds. This is essentially QE. Equity markets love QE and lower rates. They are addicted to it since it was introduced after the Great Financial Crisis in 2008. When central banks perform QE, they push interest rates to near zero and that brings back the TINA trade to equities. Hopes are once again high this morning that the Fed may now be closer to a pivot as well.

June lows remain the key here, but for now hopes again continue to rise for a Fed pivot. The Bank of England has set tongues wagging, and investors look for a reprieve from the battering they have taken this year. Past actions going back to 2000 have conditioned investors to believe the Fed will step in if things get too bad, but those have always been low inflation environments. This is different. Breaking the June low at $269.28 sets up a move to $237.47, the pre-pandemic high. Worryingly, the volume profile shows us a large volume gap down to $200 on a break of this key support. 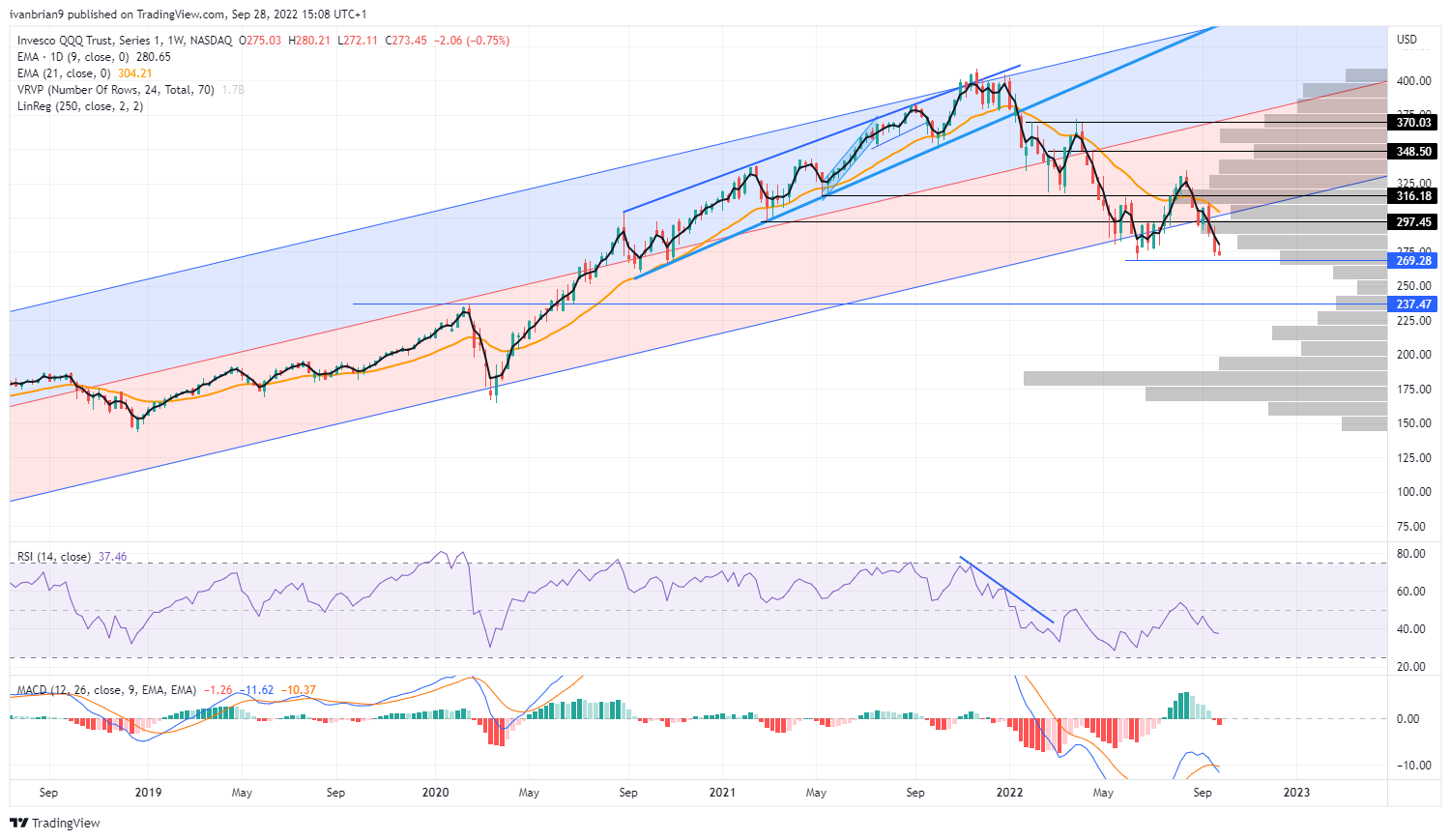 If we can stabilize and put in place a double bottom, then the rally will target $311. 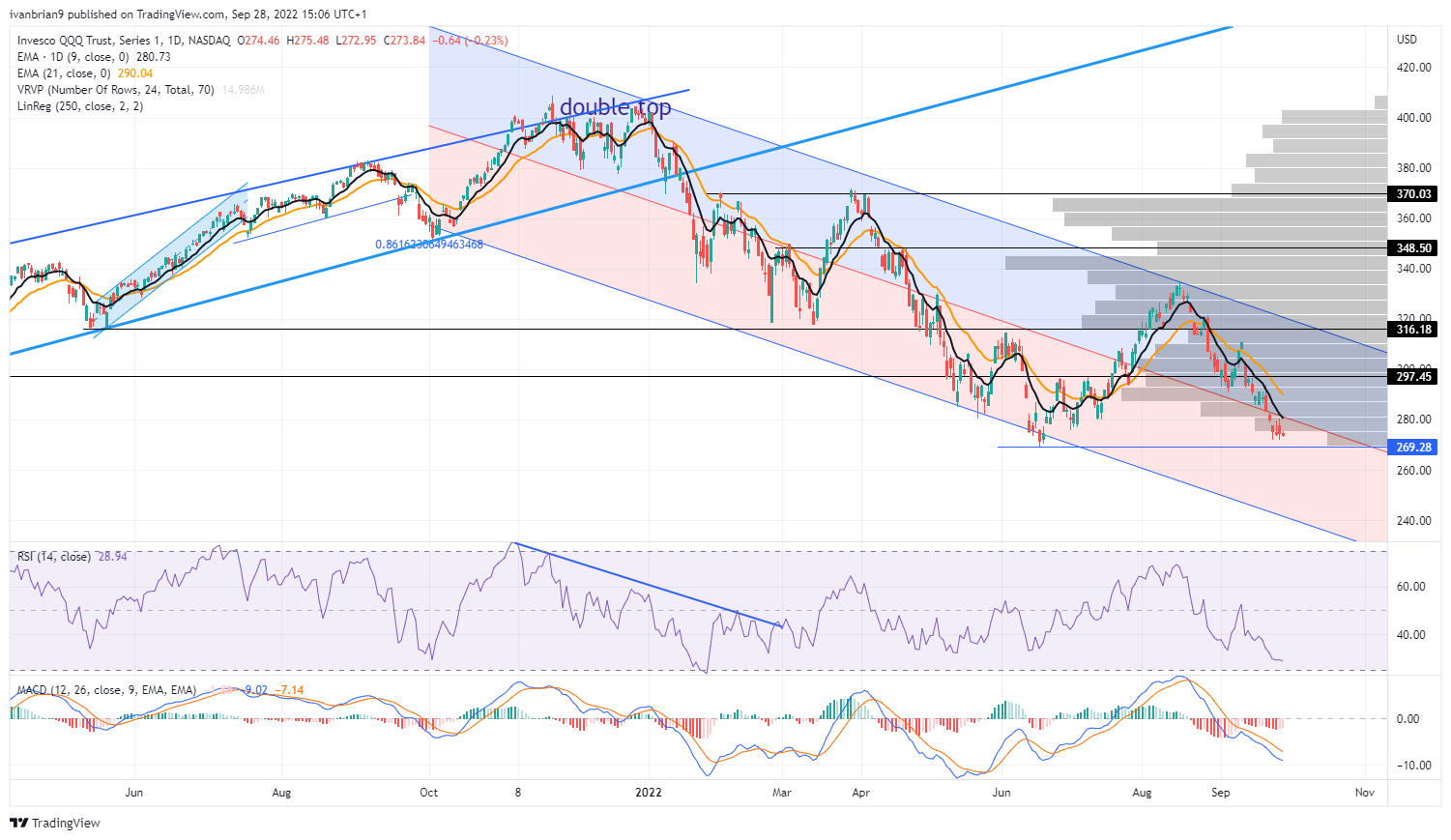