Oil stocks shot higher on Tuesday as talk of a possible supply cut was greeted with a predictable response – higher oil prices. The Saudi energy minister is reported to have said that various means could be used in the case of Iranian oil returning to the market. One such option was a supply cut. Oil prices liked this talk and shot higher by 4%. WTI Crude closed up at $94 and Occidental Petroleum (OXY) stock closed at a 4-year high. Warren Buffet again demonstrates the accuracy of his "Sage of Omaha" moniker.

Penny cap oil stocks made outsized gains as retail traders moved into the space, which can be easy to move and become highly volatile. The same playbook was first successfully unveiled in March this year with some parabolic moves of up to 2,000% in the space of a few days. Houston Energy (HUSA) for example has a tiny market cap of $50 million approximately with a float of just 8 million odd shares. This means it can be easily moved on volume spikes. In March HUSA stock moved nearly 500% on March 7 alone! In the space of three days in March, HUSA stock spiked over 1,000% before crashing back pretty quickly.

The technical analysis goes out the window here, and anyone trying to predict support and resistance levels needs to be avoided in my opinion. This is pure momentum and speculation, or to put it more bluntly a pump and dump. Watch for the dump and try to avoid being caught. Watch for other stocks with similar characteristics – INDO, IMPP, etc. – beginning to stall or a massive premarket spike that does not hold into the regular session. 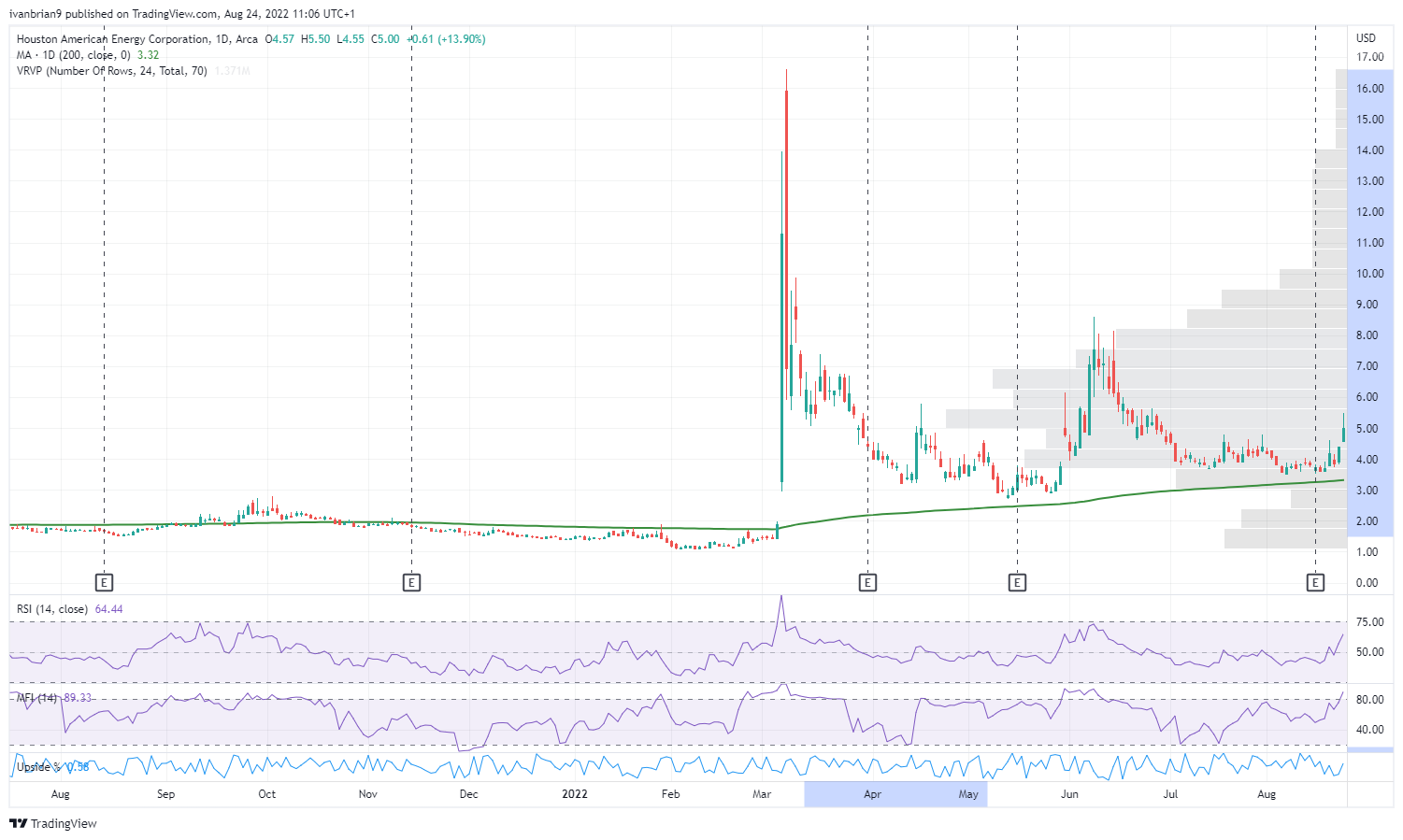