Will you go up, gold?

Biden asked Trump to shut up during the first presidential debate. But for us, the most important question is whether gold will finally go up.

Thankfully, the first U.S Elections debate between Donald Trump and Joe Biden is behind us. Arguably, it was awful to watch and one of the worst presidential debates in history, as both candidates talked over each other and threw insults. Consequently, the debate did nothing to alter the Presidential race dynamic nor educate the public about the candidates. 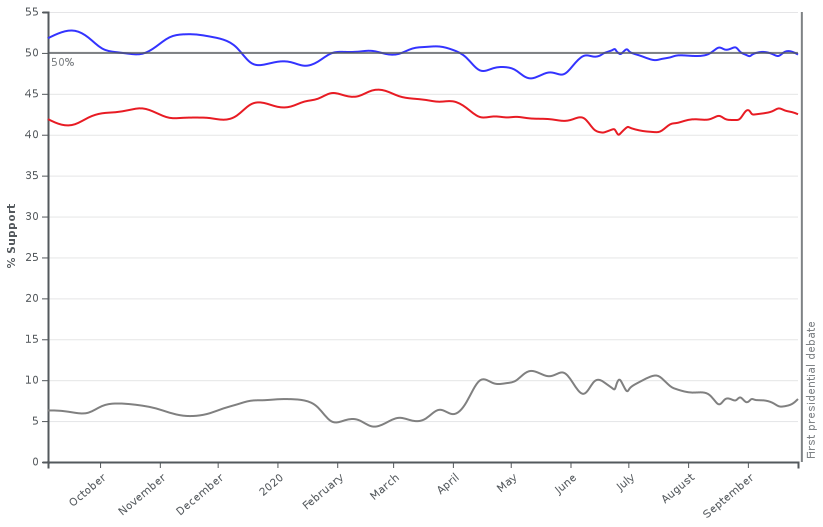 Gold extended its steady intraday positive move and shot to over one-week tops – levels beyond the key $1900 barrier – during the early North American session.

The regained positive traction on Thursday and built on this week's goodish rebound from 100-day SMA support, around the $1849-48 region. The uptick marked the third day of a positive move in the previous four and was sponsored by a softer tone surrounding the US dollar, which tends to underpin demand for the dollar-denominated commodity.