Gold is falling for the second day in a row on Monday. It bottomed at $1764/oz, the lowest level in five months and then rebounded but it was unable to remain above $1780. As of writing, the metal trades at $1778, about to post the lowest close in five months.

During November, XAU/USD lost almost 6% having the worst month since 2016. It extended the bearish correction from record highs levels for the fourth consecutive month.

On Monday, Dukascopy Analytics spotted that the recent decline of the yellow metal's price has been occurring in a simple channel down pattern. In the meantime, the rate continues to be impacted by the support and resistance of round price levels.

Previously, the rate trade sideways above the 1,800.00 mark, which was passed at mid-day on Friday. 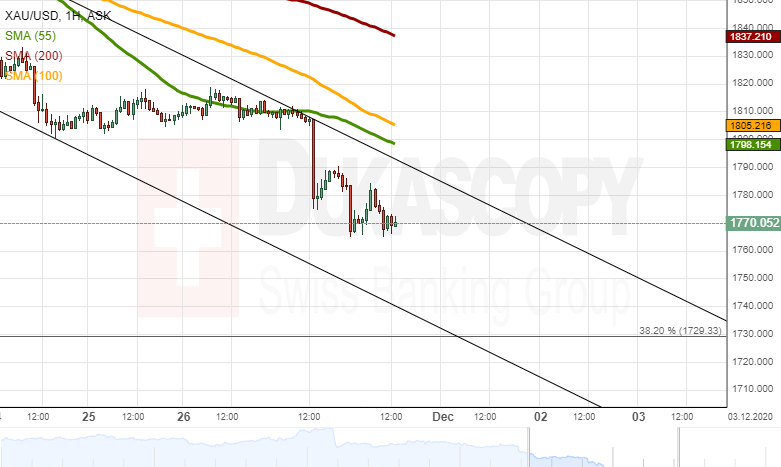