Gold asks where is the inflation

The inflation remains low and below the Fed’s target. So, should gold bulls worry about it? 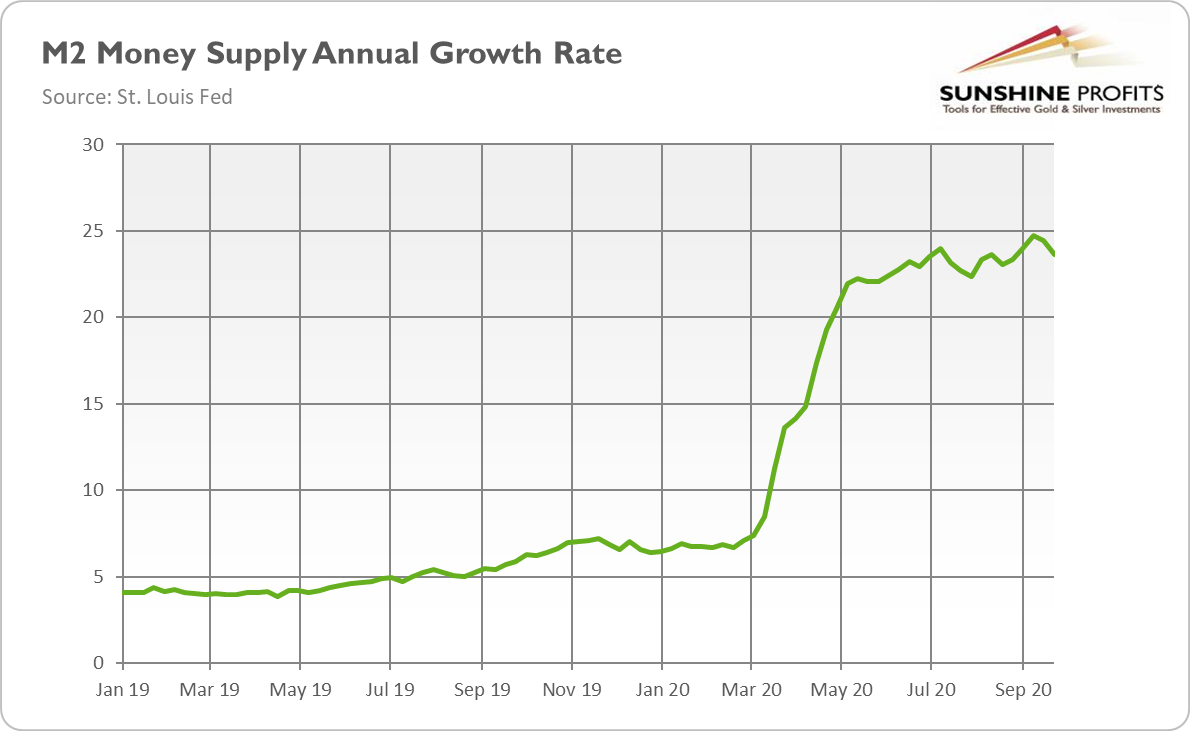 Gold has been battling the $1,900 level as markets seem worried that Congress would not opt for a new stimulus bill. The precious metal needs new funds to hit new highs. The most recent headline is encouraging – President Donald Trump is willing to raise his offer to above $1.8 trillion.

Will House Democrats compromise from their demands for $2.2 trillion? Will Senate Republicans allow for more than their most recent offer of $500 billion?

USD/JPY tested former support-turned-hurdle at 104.94 (Oct. 2 low) a few minutes ago as Japan's consumer prices slipped for the second straight month in September. The resistance has held intact, forcing the currency pair back to 104.80.

2020 US Elections: The final presidential debate

The second and final presidential debate between Donald Trump and Joe Biden promises to be a political event of the first magnitude. Mr. Biden leads i