Tuesday’s positive price action in Gold prices was on the back of rising open interest and volume, leaving the prospects of extra gains well on the table with the next hurdle of not at the October peaks in the $1,930 mark per ounce. Read more... 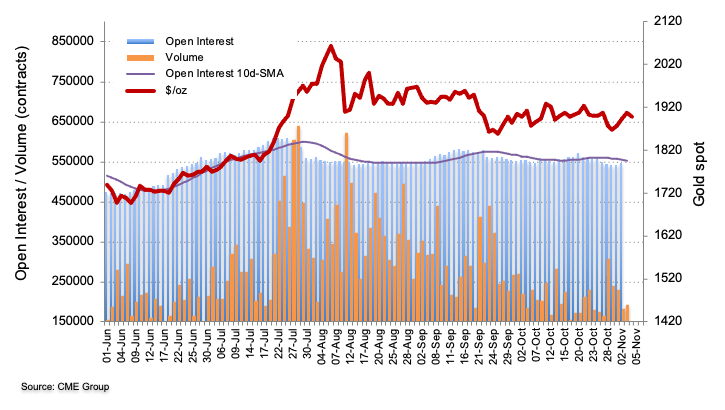 Comment
As Long as 1906.00 is resistance, look for choppy price action with a bearish bias. Read more... 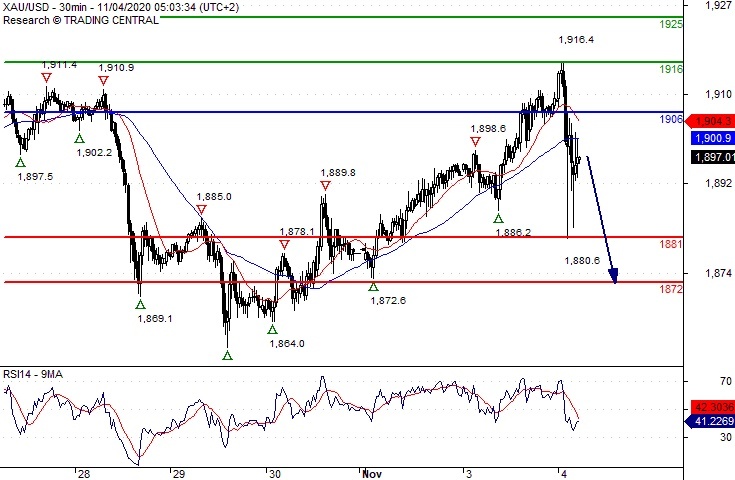 Gold witnessed some fresh selling during the early European session and might now be headed back towards the lower end of its daily trading range.

Currently hovering around the $1890 region, a strong bid tone surrounding the US dollar was seen as one of the key factors exerting some pressure on the dollar-denominated commodity. Early results of the US election indicated that the race for the White House has turned out to be far tighter than expected. Read more...