The gold price is settling in for the end of the North American session around flat for the day having traveled between a low of $1,655.71 and a high of $1,684.95 so far. The yellow metal has found demand on renewed geopolitical concerns following Russia's president, Vladimir Putin, saying he will pour more troops into his war against Ukraine while threatening to use nuclear weapons.

In the face of battlefield setbacks, the Russian leader has doubled down. Russia will mobilize 300,000 additional troops — a number larger than the original invasion force — and Moscow also appears poised to annex Ukrainian territory under its control.

The threat of a wider war is reviving the appeal of the precious metal due to its safe haven role in financial markets despite a bid in the greenback that is trading near the highest in 20 years, supported by the Federal Reserve's 75 basis-point increase to US interest rates on Wednesday and its promise that rates will rise again until inflation is under control.

In this context, the precious metals' price action could still have further to fall as the restrictive rates regime is set to last for longer, analysts at TD Securities argued. ''Indeed, gold and silver prices have tended to display a systematic underperformance when markets expect the real level of the Fed funds rate to rise above the neutral rate, as estimated by Laubach-Williams.'' 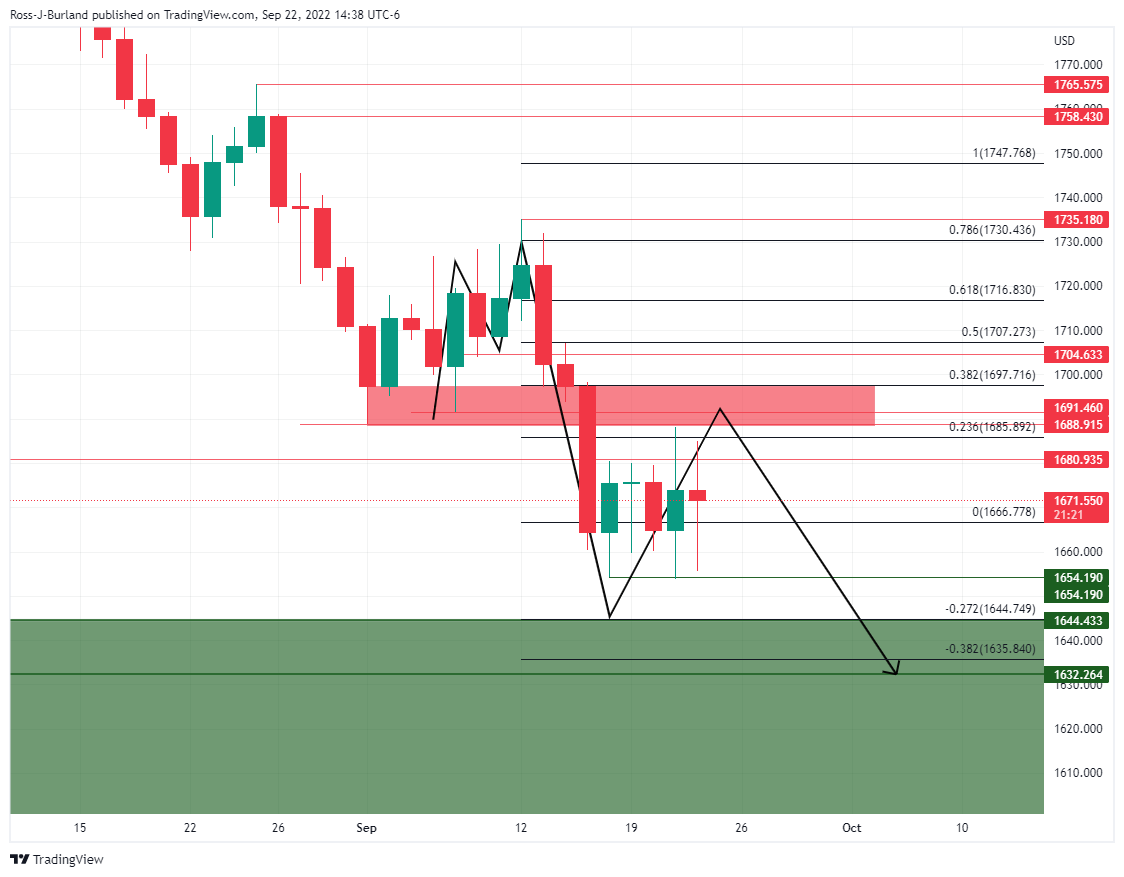 Meanwhile, from a technical perspective, there are still prospects of a move higher from out of the sideways channel as per the M-formation which is a reversion pattern.