Gold has been suffering in response to the Federal Reserve's decision. The world's most powerful central bank only reiterated its commitment to low rates but refrained from pledging more bond-buying. The lack of new funds is weighing on the precious metal.

Moreover, Federal Reserve Chairman Jerome Powell seemed to signal that the next move depends on the federal government by saying that further stimulus would help.

The Technical Confluences Indicator is showing that gold continues facing fierce resistance at around $1,969, which is the convergence of the Bollinger Band 1h-Upper, the BB one-day Upper, the Pivot Point one-week Resistance 1, and the previous weekly high.

Overall, the path of least resistance is down. 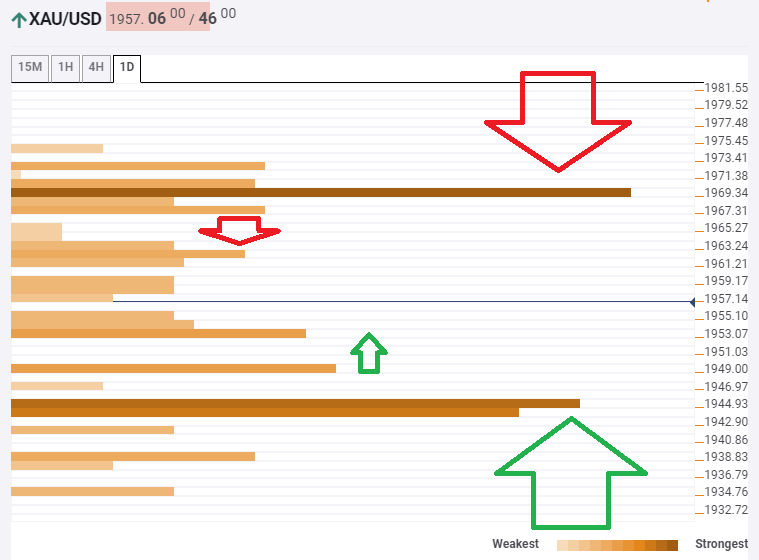