Gold looks like it's stuck between a range between USD 1520 and around USD 1474 per ounce.

Over the last few sessions, the US and China trade deal has moved to a more positive space with China saying they are ready to sign a deal but will not give too many concessions.

Elsewhere, at the Fed meeting last week the market considered the 0.25bps cut to be a "hawkish cut" and have therefore pushed back the forecasts for the next cut out further. It seems that they could have been vindicated as the NFP number beat expectations.

Looking ahead to the rest of today's session we are expected to hear from ECB's new President Lagarde but it is unsure whether she will be speaking about monetary policy.

For the rest of this week, we are sure to hear about the trade talks more and more so hold on to your hats as there could be more volatility.

Lastly, on the chart, the RSI has also moved a lower area as the selling pressure kicks in but there is still lots of scope for a move lower. 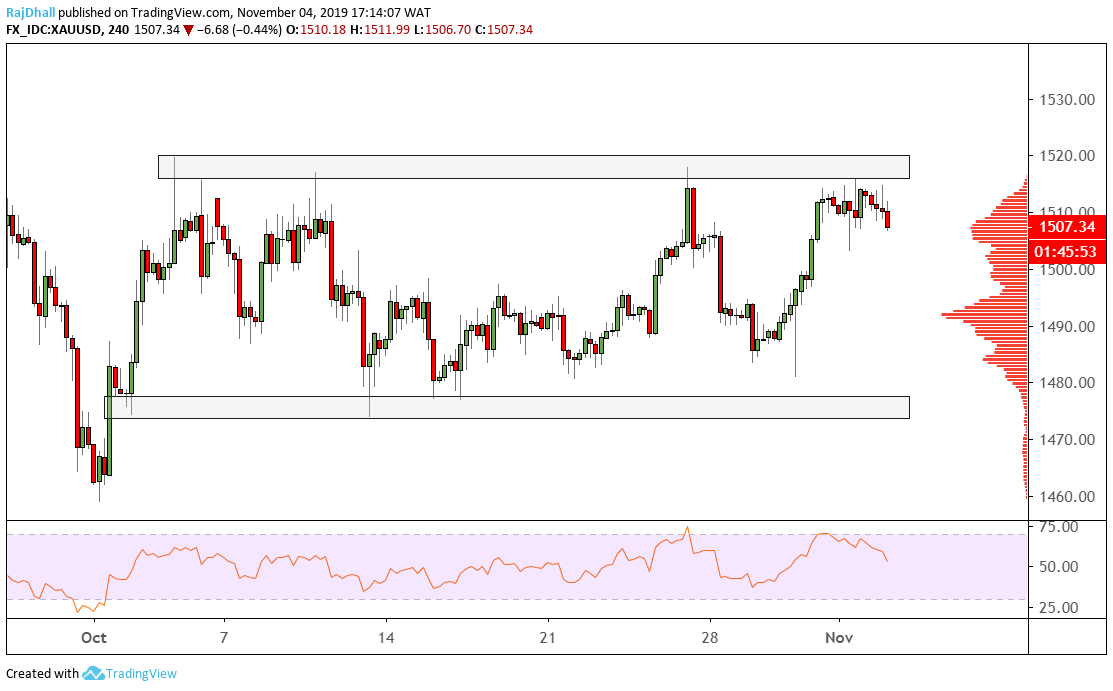