NYSE:GE has remained a battleground stock on Wall Street as analysts and investors dig their heels in on both sides of the debate. Thursday saw a tumultuous day for the broader markets as investors saw another green day before the news of President Biden’s proposed capital gains tax caused the indices to slingshot back the other way. General Electric managed to end the day higher as it gained 0.45% to close the rocky trading session at $13.41. After a minor correction, GE is back over its 50-day and 200-day moving averages, as the stock looks to gain some momentum heading into its Q1 earnings call.

General Electric CEO Larry Culp has done his best to trim the fat off of the sprawling industrial conglomerate, much of which was added on during previous CEO Jack Welch’s reign. Culp has already shed off the aircraft-leasing business AerCap (NYSE:AER), which netted GE an estimated $30 billion in the sale. GE shareholders are banking on a global trend of renewable energy resources as well as a reopening of the commercial aviation industry to lead GE into the next phase of its long and storied life. 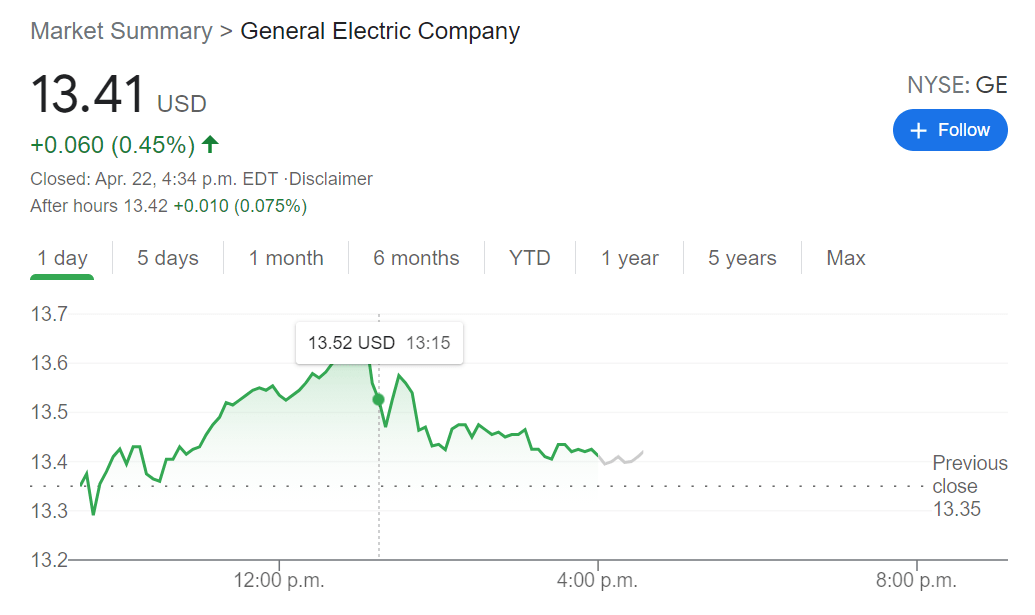 General Electric is set to report its Q1 earnings on April 27th, and early estimates from Wall Street see revenues and sales both falling for the company. This is all a part of General Electric’s long-term restructuring and rebranding though, so investors will be watching other macro indicators such as dividend yield increase to test the true health of GE moving forward in 2021.