GameStop shares have stabilized recently in a slight downtrend formation as the stock leaves AMC in the limelight while it ploughs a lone furrow. The original of the meme species has been embarking on its new digital strategy as spearheaded by Ryan Cohen. Since surging to $340 in early June the shares have gradually slid back to near $200. Monday saw GME stock close up just under 2% at $213.25.

Gamestop shares have been slowly sliding for most of June having earlier spiked up to over $300. The shares have now been trending below the key 9 and 21-day moving averages and indeed both moving averages are acting as a guide for GME shares. Now some key support levels approach. The small trend channel in place since mid-June has support at $187 and this closely corresponds to the longer-term trend line in place since February. This currently gives support at $193. If those two levels go GME stock enters the large sideways consolidation zone highlighted on the below chart in purple. This area also contains the 100-day moving average at $170.82. 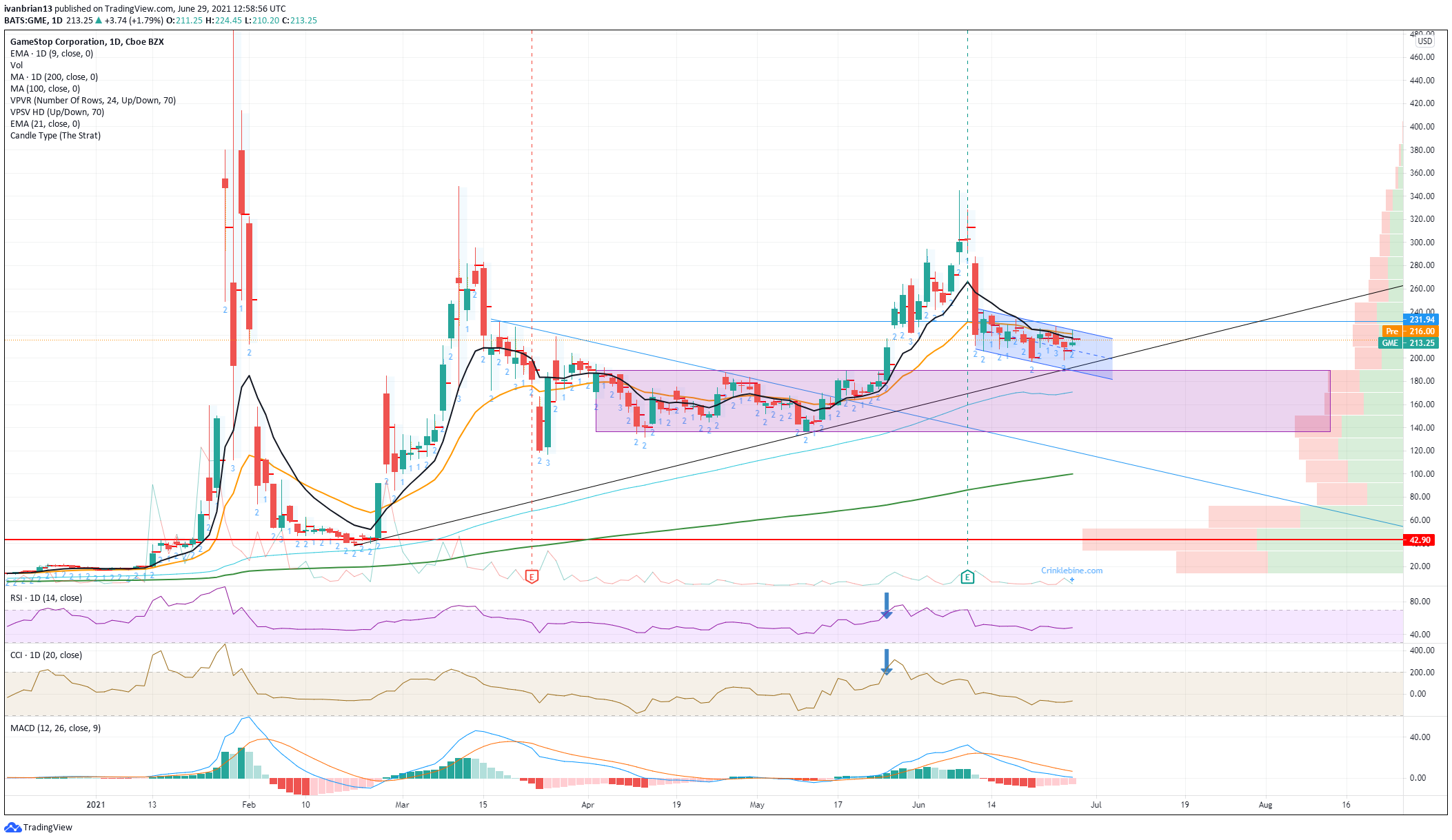 Zooming out to the weekly chart gives a bit more information. The short term channel has been in palce since early June and the current setup shows an inside indecision candle. Generally an inside candle results in a move in the same direction as the trend, in this case lower. The moving average convergence divergence (MACD) also looks to be corssing into a bearish signal on the weekly timeframe. The strongest support zone based on the volume profile is near the lwoer end of the rectanle consolidation zone, towqards $140. As always use solid risk management when trading any name, particularily a meme stock.