The sharp rebound in the Sterling has forced EUR/GBP to extend the rejection from multi-month peaks in the mid-0.9000s recorded on Wednesday, returning to the 0.8970 area today, coincident with the 21-day SMA.

The British Pound rallied yesterday after the UK Parliament voted in favor of an amendment that prevents the PM to suspend the Parliament and allow the UK to leave the EU without a deal.

GBP came back from the vicinity of yearly lows vs. the greenback following the news, sustaining at the same time the move lower in the European cross to today’s test of the key 21-day SMA in the 0.8970 region.

In the docket, German Producer Prices came in below expectations during June, contracting at a monthly 0.4% and rising 1.2% on a yearly basis. Across the Channel, the UK Public Sector Net Borrowing rose to £6.5 billion during last month and Public Sector Net Cash Requirement climbed to £15.227 billion.

What to look for around GBP

Rising uncertainty in the UK political scenario appears unabated although the likeliness of a Brexit ‘no deal’ scenario appears to have lost some traction following the recent vote in Parliament, in turn morphing in some near term support for the Sterling. In the UK economy, poor results from key fundamentals continue to add to the sour prospects for the economy in the months to come and collaborate further with the bearish view on the currency. On another direction, the overall tone from the BoE appears to have shifted towards a more dovish gear, while markets have started to price in the likeliness of a rate cut at some point in Q3/Q4. 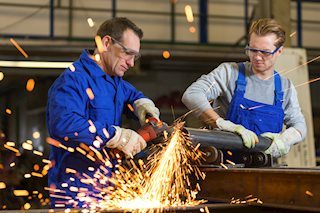