As its name implies, Advance Auto Parts Inc. is an American supplier of automotive aftermarket parts, based in Raleigh, North Carolina, that caters to both professional installers as well as DIY customers, providing spare parts, accessories, batteries and maintenance items for cars, trucks, sports vehicles, light trucks and even heavy engineering auto parts. The company plans to share its earnings report on May 17, 2021, and Zacks Investment Research and 8 analysts’ forecasts find the consensus EPS forecast for the quarter to be $3.09, compared to $0.91 reported for the same quarter last year. Currently twenty-five of the brokers that cover Advance Auto Parts gave an average rating of “Hold,” while two research analysts have rated the stocks with a sell rating, seven have issued a retention rating and eleven have buys from the company, based on the 12-month average target price of $184.50 among brokers who have issued their ratings in the last year.

During the trading session last week, the company’s share price spiked to a new all-time high of $210.14, fell to the 21-day exponential moving average at $199.12, and closed the week at $202.55. Currently, the company has a market capitalization of $13.38 billion, a PE ratio of 29.68, a price to earnings growth ratio of 1.31 and a beta of 1.27, while its debt-to-equity ratio is 0.27. Some analysts highlight the importance of the company’s ROE as a useful tool for assessing how effectively a company can generate returns on the investment it received from its shareholders, and at first glance, Advance Auto Parts appears to have a decent ROE but remains quite a bit lower than the industry average of 21%, as the earnings from the company for the last five years have been fairly flat, perhaps in part because the company pays a large portion of earnings as dividends and its net income growth faces competitive pressures within the industry. The growth of Advance Auto Parts is less than the industry average growth of 12% in the same period. 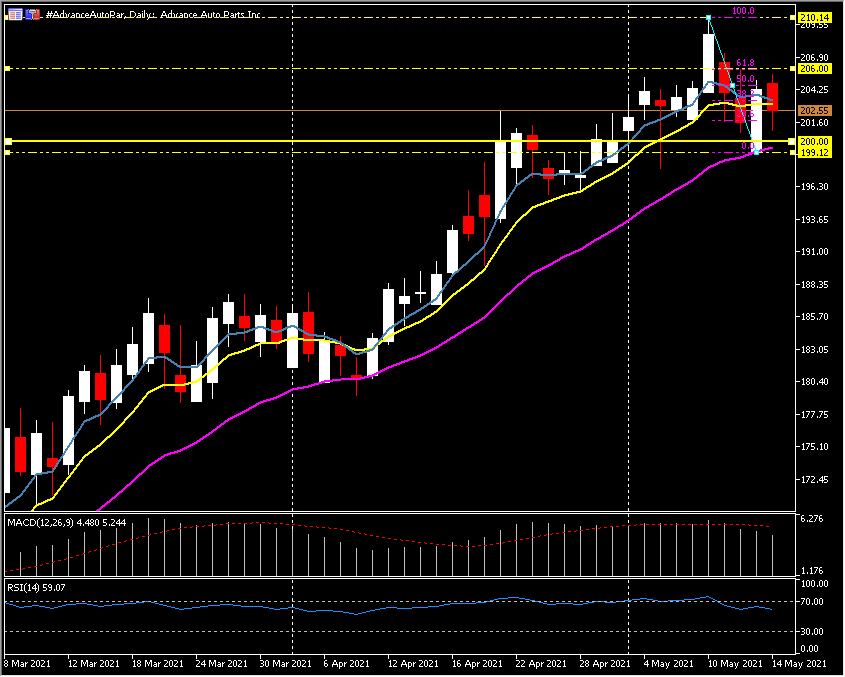 Another factor that analysts highlight is the company’s low three-year median pay rate of 4.0%, suggesting that the company keeps 96% of its income, retaining most of its earnings to drive growth, but that’s not the case, Advance Auto Parts has been paying dividends for a period of at least ten years, even being produced at the expense of business growth. Analysts therefore expect the future pay rate of the company to increase to 28% over the next three years, and future ROE to increase by 23% despite the anticipated increase in the pay rate.

On April 20 a leading supplier of spare parts, that forms a core part of AAP, shared that based on actual results up to March 27, 2021 and current estimates for the first quarter balance, it is expected that the growth of comparable store sales ranges from 22% to 24%, which the profit margin rate adjusted operating income ranges from 8.5% to 8.7%, and the GAAP operating income margin rate ranges between 7.0% and 7.2%, highlighting that Advance Auto Parts has returned approximately $170 million through the repurchase of approximately 1.1 million shares planned until the date of the quarter of April 19, 2021. For the fourth quarter the company declared to have obtained a growth of in-store sales comparable to 4.7%, a margin expansion of 17 basis points, including a wind in versus 82 basis points related to the health crisis, an adjusted diluted EPS improvement from 14% to $1.87, with a headwind of $0.22. They also highlighted that throughout the year Advance Auto Parts achieved top-of-the-line growth resulting in record net sales of $10.1 billion. In turn, the improvement in adjusted operating profit was 4.1% to $827.3 million, including a headwind of $60 million and a record adjusted diluted EPS of $8.51. The company also returned $515 million to shareholders through share buybacks and the continuous quarterly cash dividends.

Ryanair Holdings Plc is an Irish low-cost airline headquartered in Dublin, Ireland. It is the low-cost airline that makes the most trips in Europe, currently having more than 2000 routes and 84 bases. It also participates in the provision of various complementary services, such as regular non-air services and Internet-related services, inflight menu and services, marketing of accommodation services and hotels, car rental and travel insurance on their website and mobile app.

The company is scheduled to publish the results of the fourth quarter fiscal year 2021 on May 17. Senior Market and Investment Analyst Susannah Streeter stated that the results will not be a good read, as the airline reported an underlying loss of $368.92 million (305.5 million euros) in the third quarter, following the restrictions due to Covid-19. She stressed that although Ryanair is used to adjusting its income, it is unlikely that it can support a higher contraction; if bookings do not resume quickly in the coming months the company may be forced to return to the market for more financial support, where low-cost trading operations could give the flexibility to adapt to route and schedule changes with little anticipation, but in the long run there is a risk that desires for social distancing will remain with customers preferring a cabin with more space to cheap seats, which could damage their business model.

Due to the coronavirus-induced decline in passenger revenue, Ryanair suffered a loss in each of the last four quarters; however, the loss was less than the Zacks Consensus Estimate in each quarter, while the loss for the reporting quarter dropped to $1.65 from $2.20 60 days ago, so the company has an ESP of 0.00% earnings which ranks it with a Zacks #5 rank of “strong sell.” 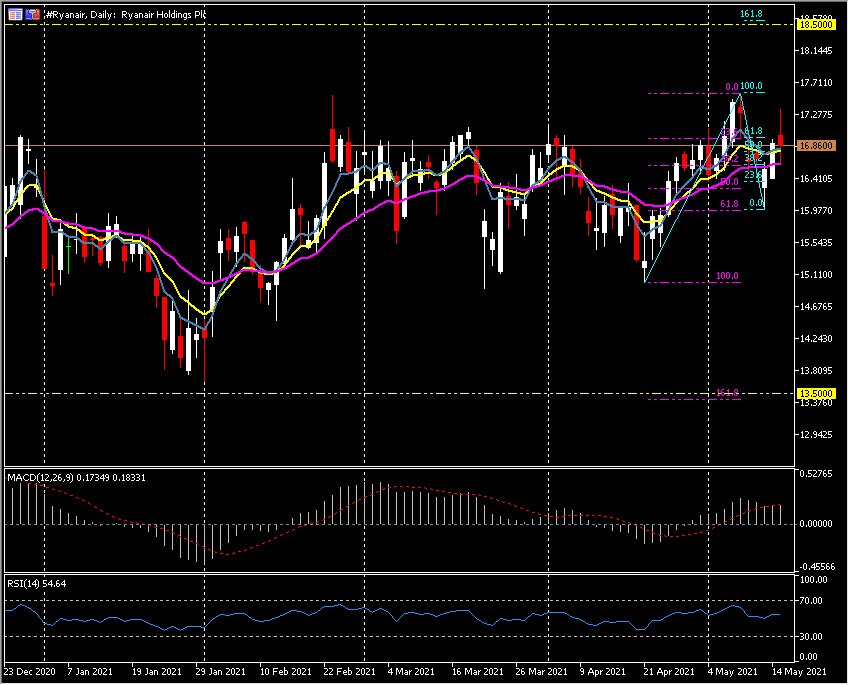 It should be noted that during the third quarter, the airline incurred a loss of $1.62 per share, narrower than the consensus estimate of $1.95, while in the same period of the year before, the company reported earnings of 43 cents per share, and quarterly revenue was $406.9 million, lagging behind the consensus estimate of $495 million, and its top line plummeted 80.7% year-on-year due to a massive decrease in traffic.

AUD/USD traders get set for this week's RBA key event

AUD/USD corrected from a key area on the charts on Friday with a test back through 0.64 the figure hardly left a mark on the downtrend that remains the bias for the start of the week and ahead of the Reserve Bank of Australia.

EUR/USD oscillates around 0.9800 as investors prepare for US employment data

The EUR/USD pair is displaying back-and-forth moves around 0.9800 in the early Tokyo session. The asset has turned sideways in a 0.9780-0.9815 range as the currency domain is developing itself ahead of the US employment data.

Gold marches towards $1,680 amid lower consensus for US ISM data

Gold price has given an upside break of the minor consolidation, in early Asia, formed in a $1,660.20-1,663.32. The precious metal is marching towards the critical hurdle of $1,680.00 as the market participants are expecting a decline in the US ISM Manufacturing PMI data.

Another tumultuous week of trading in asset markets is raising hopes for a peak in the USD and a bottom in precious metals. The Fed note spiked again versus the euro and other troubled foreign currencies on Monday before pulling back sharply mid-week.