Oil price came under pressure on signs of de-escalation of US/Iran conflict as unexpected rise of US crude stocks last week that also raised concerns about global oversupply.

Bears need break below 200DMA to generate fresh bearish signal for continuation and attack at daily cloud (spanned between $57.15 and $55.33), but may take some time for consolidation, as daily stochastic is deeply oversold. Read more... 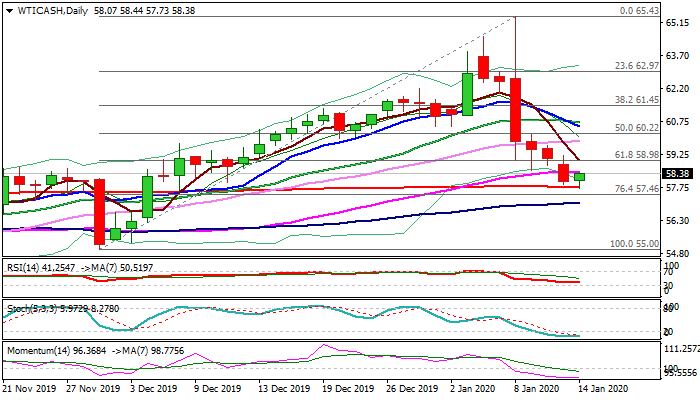 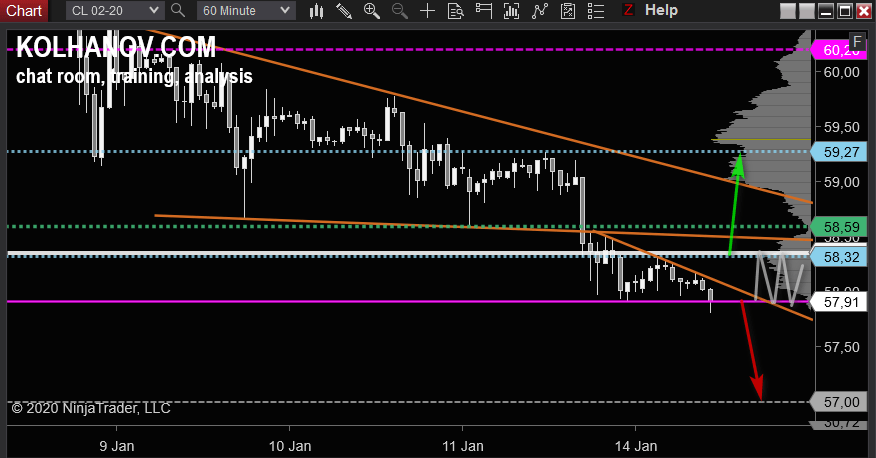 WTI bounces-off six-week lows at $57.75 ahead of API data

WTI (oil futures on NYMEX) is trying hard to extend the recovery from six-week lows of $57.75 reached over the last hour, having regained the 58 handle, at the time of writing.

The black gold extended its week-long losing streak on Tuesday, mainly fuelled by receding US-Mid East tensions after both the US and Iran decided to stand down on the military responses after this month’s missiles attacks.

Meanwhile, the markets appear to have turned risk-averse ahead of the much-awaited US-China phase one trade deal signing scheduled on Wednesday. Therefore, the higher-yielding oil witnessed a fresh round of selling in tandem with other risk assets such as Treasury yields, European equities etc. Read more...