Consumer discretionary spending is one of the main drivers of the US economy, and last week saw confidence in the sector take a significant hit on the back of earnings from Walmart and Target. Consumers were already shifting their behavior to lower priced goods, and this looks set to be a feature that will hurt the consumer sector over the next year. Margin compression was a notable result.

Dutch Bros (BROS) stock has remained volatile after the meltdown in consumer names last week. BROS stock fell 15% but has since recovered some ground as it seeks to close the gap from May 11. BROS stock actually rallied 12% last week but still remains below its major long and short-term moving averages. The recovery last week and so far into this week was partly due to the Relative Strength Index (RSI) and Money Flow Index (MFI) both moving into overbought territory.

BROS earnings on May 11 created the current malaise, and the stock will likely struggle to regain momentum. The earnings pointed to continued margin pressure and flat sales. It appears growth is being driven by the opening of new stores, but with inflation and financing conditions tightening the ambitious growth plans may not be met. Stifel lowered its rating after the results. 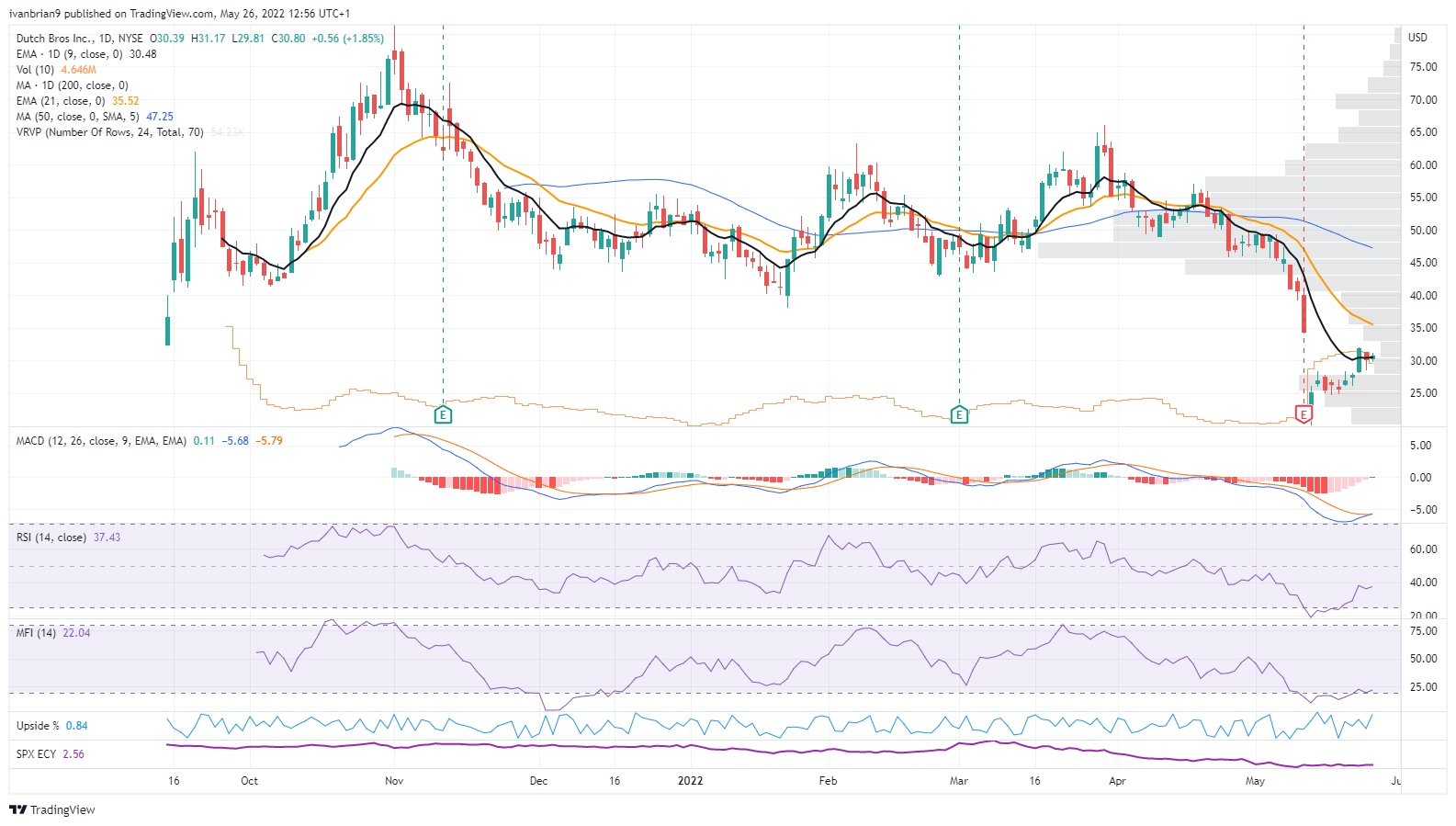 ATER CFO Arturo Rodriguez said this pressure will continue into the current quarter and the company did not provide full-year guidance due to inflation and supply chain problems. ATER stock fell 10% after it reported earnings and has since treaded water in line with the sector. We struggle to see any headway being made either for the company or the share price. Margin pressure is likely to continue for the rest of FY2022 and even persist into FY2023. 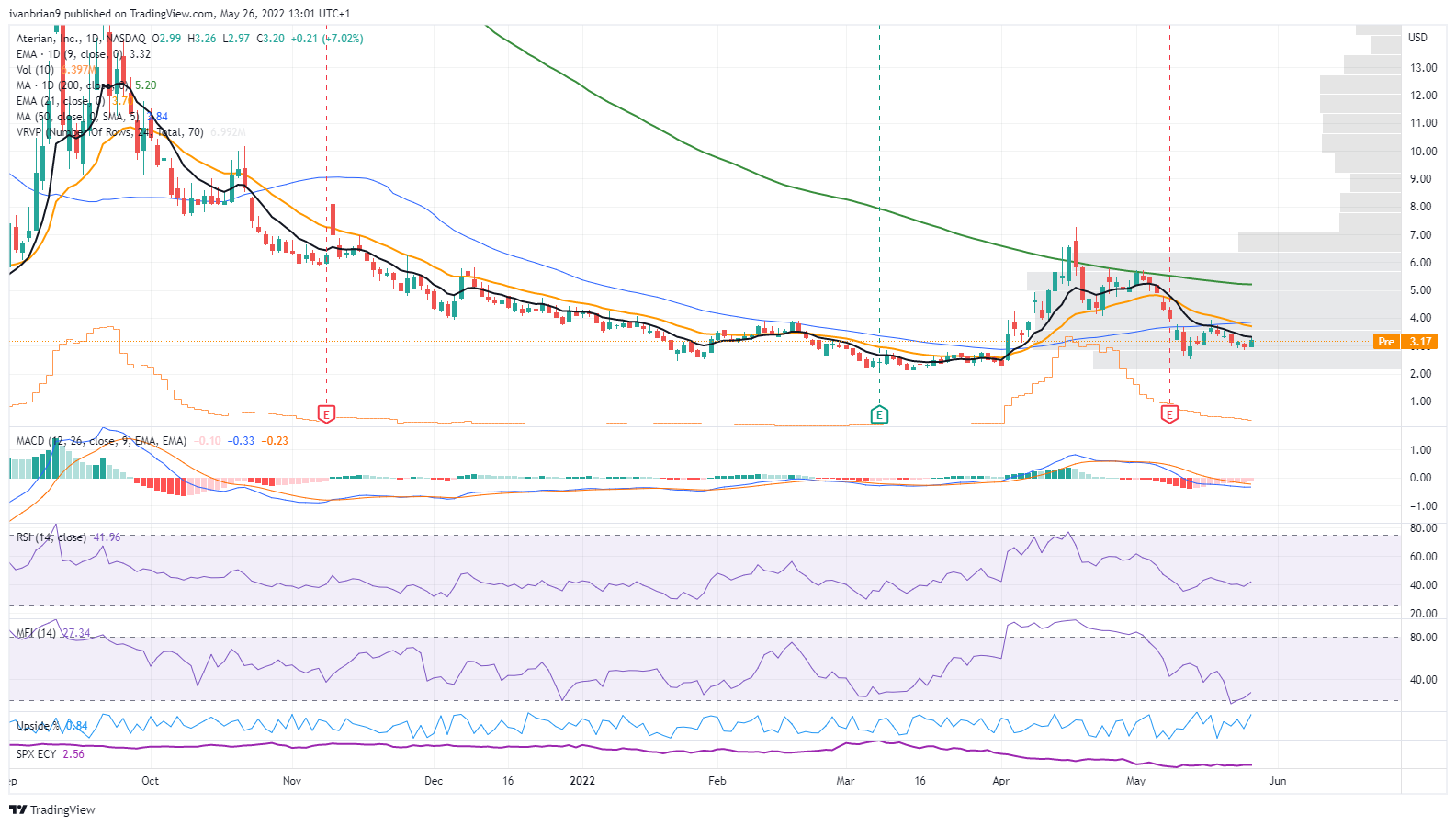 We do have more positive news to report on Hyliion (HYLN). HYLN stock is ahead by 6% in Thursday's premarket after Hyliion said that Holcim US has ordered 10 Hypertruck ERX production slots. Holcim is a huge multinational construction and aggregates company based in Switzerland.

Hyliion aims to make commercial trucking greener with the use of its Hypertruck ERX powertrain. This is an electric powertrain, which is recharged by an onboard gas generator. This is especially relevant in the current climate with multiple reports of trucking companies declining cross US cargo trips due to spiraling fuel costs. 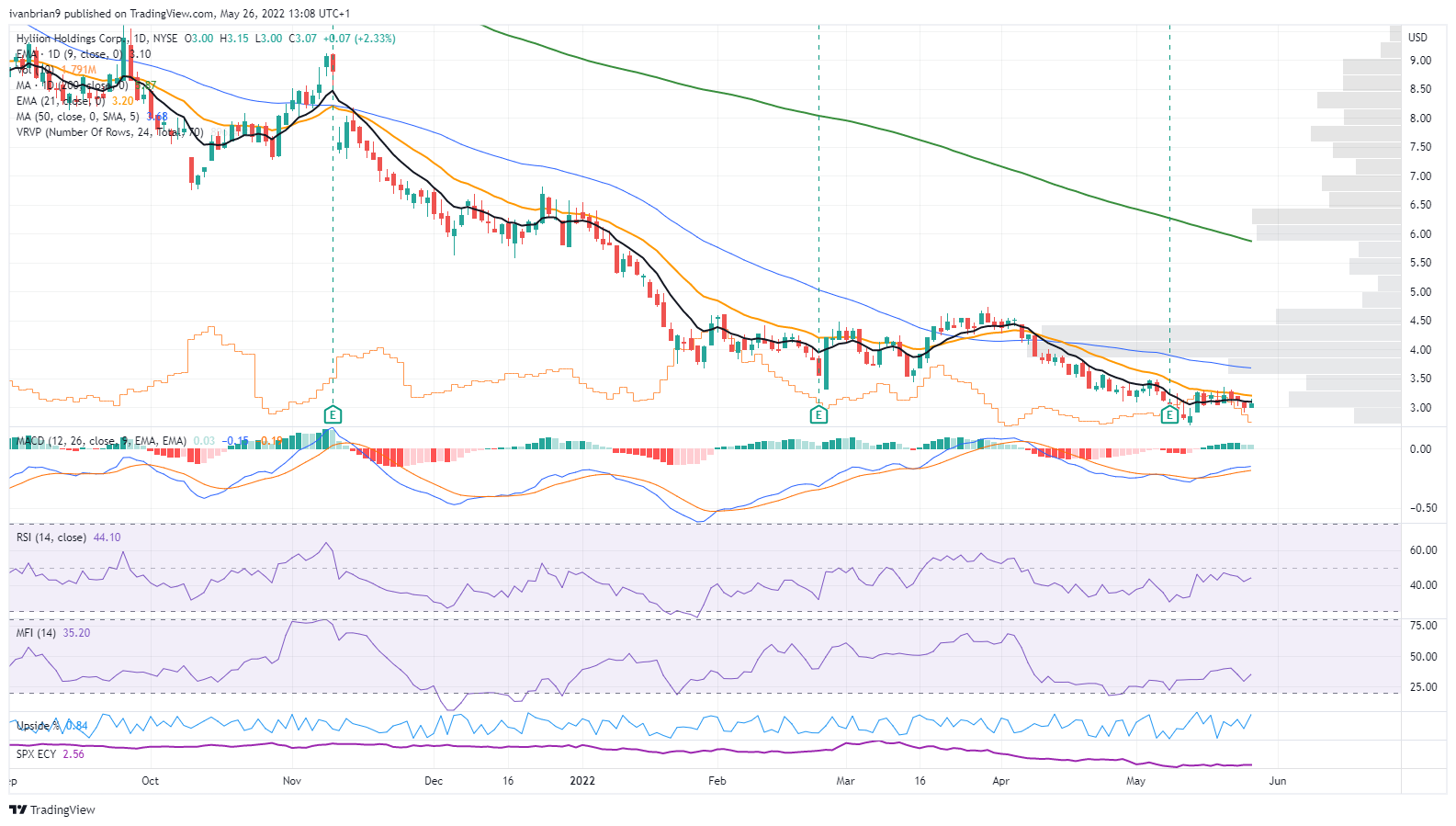 Coupang (CPNG) is a South Korean e-commerce company that has been compared to Amazon. While CPNG stock is down over 50% this year, Coupang did recently announce surprising earnings that showed continued strength in profitability and impressive margin maintenance.

Profitability increased to over $1 billion last quarter, which was a 40% gain YoY. Margins also increased 450 basis points. The shares rallied sharply after earnings on May 11. CPNG stock has held those gains and stabilized. 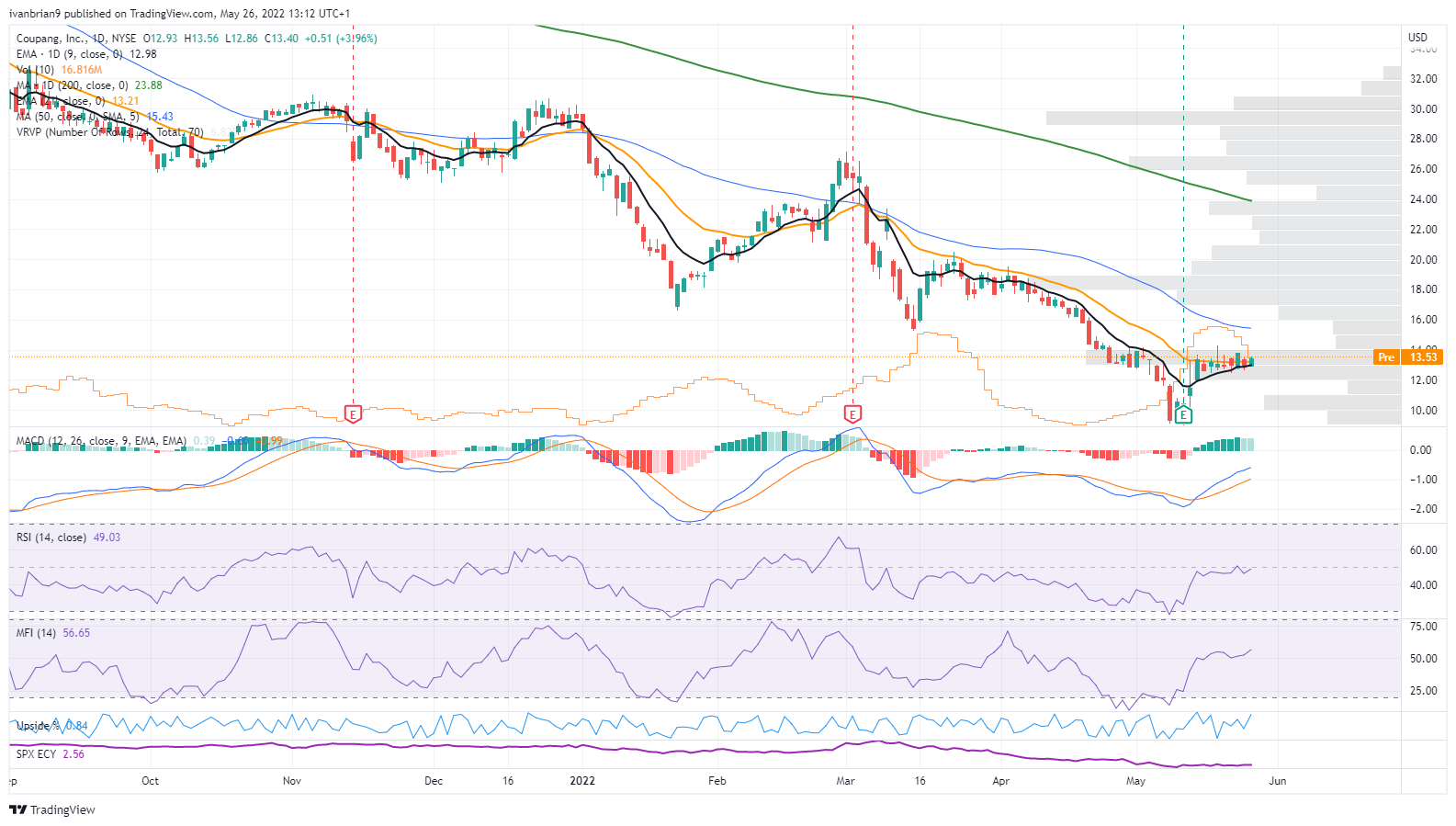 Vinco Ventures (BBIG) was one of the stocks we recently recommended as one not to hold despite enthusiasm over the proposed Cryptyde (TYDE) spin-off. This will result in a bonus share issue of 1 TYDE share for every 10 BBIG shares held. However, as we pointed out in our note, BBIG has financial problems with noted upcoming convertible note maturities that will need to be met. This could result in share dilution, which the company itself has warned of.

"A substantial number of shares of our common stock may be issued upon conversion of our outstanding convertible notes or exercise of our outstanding warrants, and such issuances and any other equity financing we may conduct may significantly dilute our stockholders."

It also operated in crypto, and recent troubles in the sector are now well-publicized. Thursday sees more headwinds hit BBIG stock as it announces a delay to the proposed spin-off. No fresh date has been announced, leading to more uncertainty. The company said the spin-off date is at or near the end of the second quarter. Previously, it had been due on May 27. BBIG stock has fallen 13% in Thursday's premarket. The record date for the spin-off was May 18, but the company said on Thursday those holding BBIG stock on May 18 will need to hold it until the distribution date, which is unknown. Not exactly reassuring! 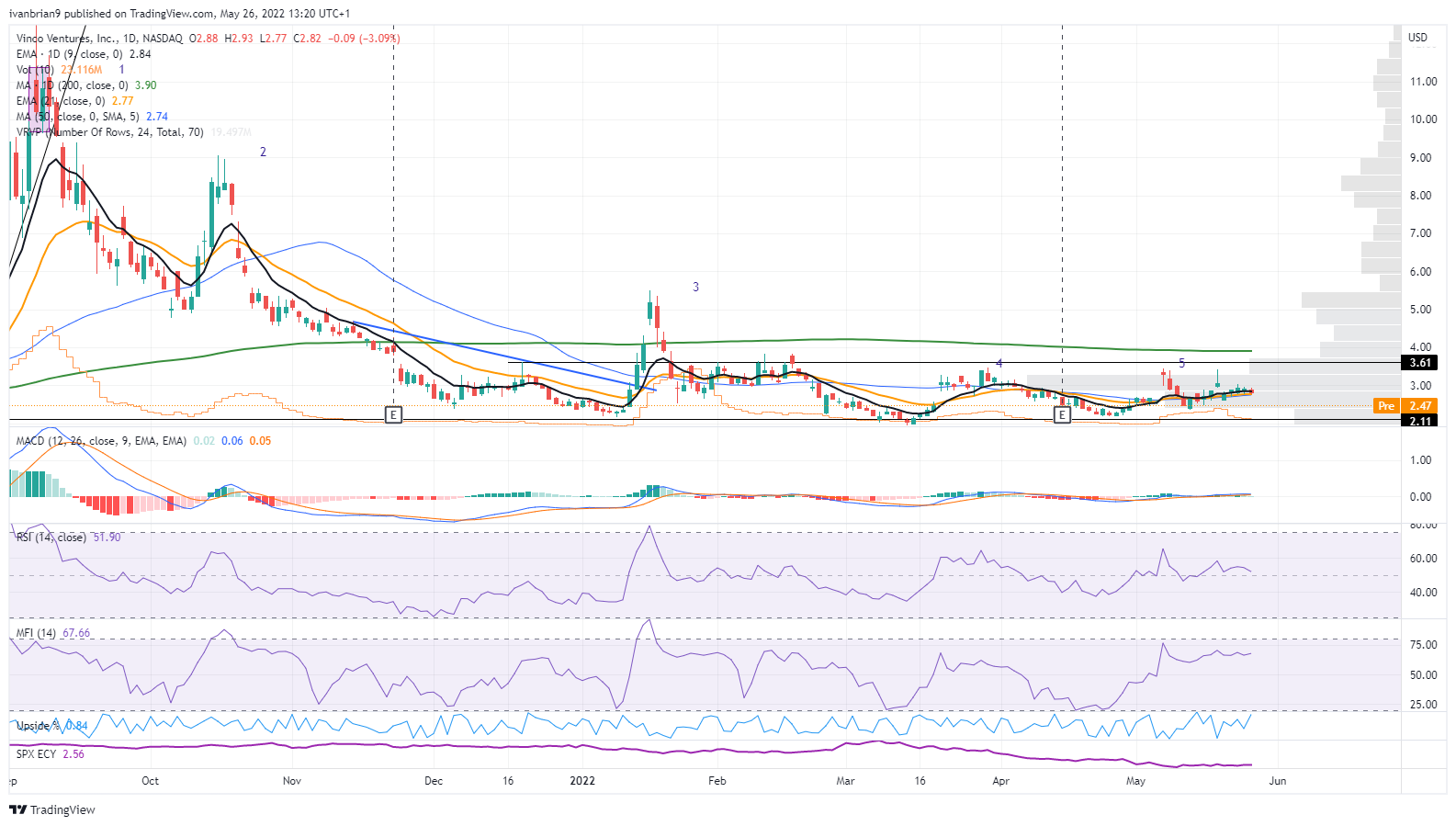