AMC stock reacted well to the start of the week and an improving technical picture now that the stock has finally cleared $48. This resistance had been in place since the big bullish move on August 24, when AMC popped over 20%. Since then, the stock consolidated and formed a bullish continuation flag pattern. That set the target to break at $48 and AMC took a few attempts but eventually got the job done and broke through. That has opened the path for a move to $60, as the volume profile bars on our chart below show that the volume drops off from $50 to $60.

The price action on Monday was reassuring with a strong opening being initially hit back to test the $50 zone, where buyers were waiting in the long grass to defend the key level. In the end, AMC bottomed out at $50.30 and closed up over 3% at $51.69. Sentiment in AMC was positive from the start of the session on Monday as Disney (DIS) had announced that it would only debut the rest of its 2021 movie releases in theatres and not on streaming Disney+ until a period of exclusivity in theatres.

Ortex then added to the bullish sentiment with its latest short interest analysis which showed AMC shorts increasing as the price has broken out. This emboldened AMC apes to keep pushing and squeezing as the battle with the short-sellers continues.

The flag breakout above $48 is continuing along nicely and with the volume profile thinning out, the move to $60 can be kept going if momentum remains strong. All the momentum oscillators are pointing in the right direction, with the Moving Average Convergence Divergence (MACD) crossed into a bullish signal and the Relative Strength Index (RSI) trending nicely higher, but crucially not overbought. Now that AMC has broken out, we would like to see $50 held and at worst $48.

Breaking below $48 puts AMC back into neutral. A retracement to $48 can still be used as a buy-the-dip opportunity, but a tight stop is needed, as breaking $48 would end the bullish trend. A further buy-the-dip zone occurs at $37, as there is a lot of volume at this level, so it is likely to work as strong support. Breaking $30 puts AMC into bearish territory. 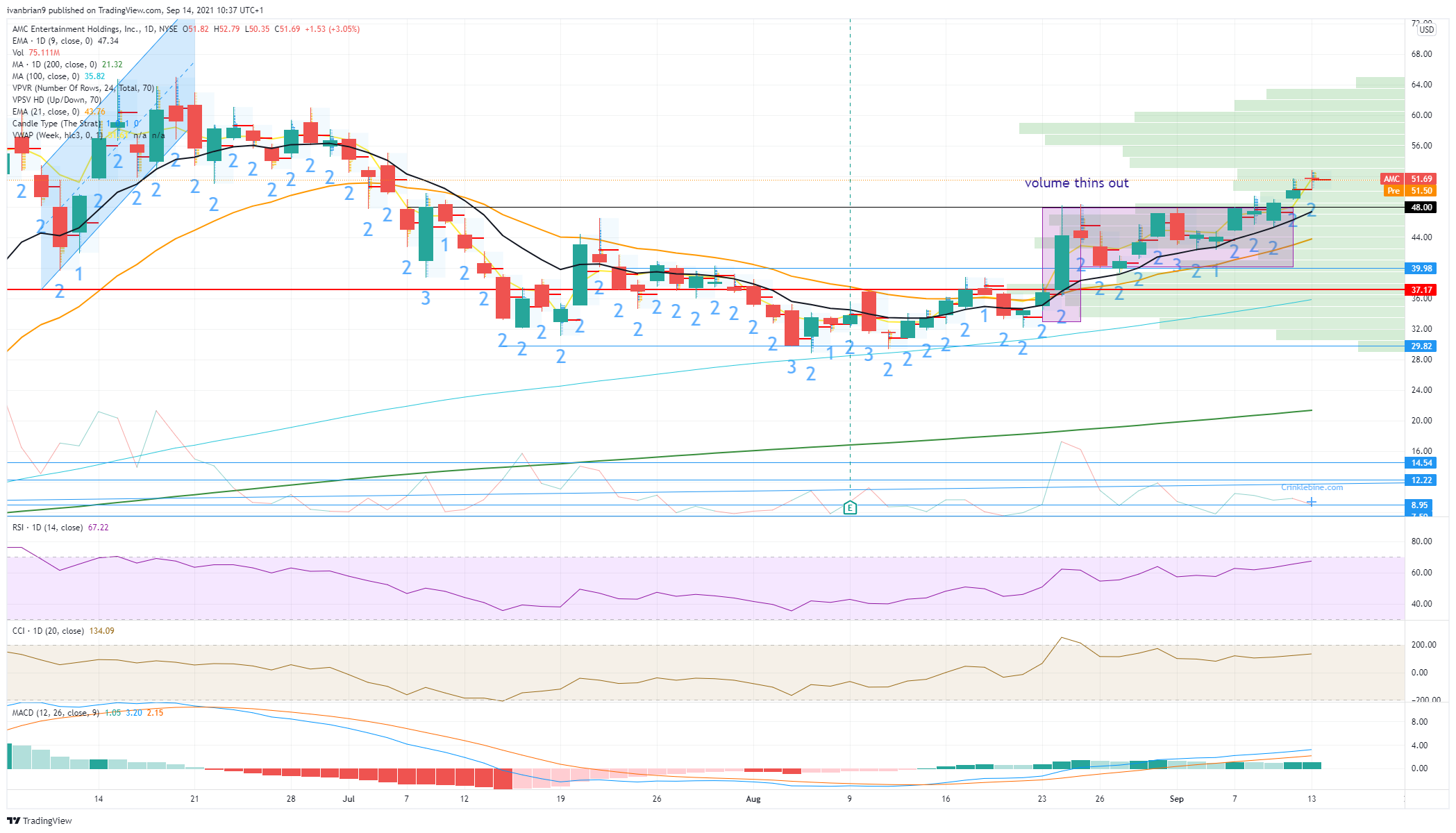