In the wake of sharp losses over the European financial sector this week, the European Securities and Markets Authority (ESMA) announced a short-selling ban of specific stocks on Thursday by four countries including France, Spain, Italy and Belgium. The move is an attempt to curb negative speculation which is thought to have heavily destabilized the marketplace as rumors spread regarding the exposure of European banks to eurozone government debt.

To clarify, short-selling is when a trader makes a bet that an asset they do not specifically own will decline in price, which could ultimately lead to a self-fulfilling prophecy. In the ESMA´s official statement, regulators stressed: “While short-selling can be a valid trading strategy, when used in combination with spreading false market rumours this is clearly abusive.” Thus the measures taken are aimed to, “either to restrict the benefits that can be achieved from spreading false rumours or to achieve a regulatory level playing field, given the close inter-linkage between some EU markets.”

The specific ban went into effect beginning Friday, Aug 12th, and so far appears to have slightly eased concerns seeing that European banks look to be finishing off the week moderately higher in comparison to prior days. Still, major doubts remain regarding this regulation and thus we at FXstreet.com have reached out to some of our long-time contributors to gain insight into whether such a move will really have an effective impact.

By looking at similar actions in the not-so-distant past, Yohay Elam of Forex Crunch suggests: “The ban on short selling is likely to have a very limited impact. Past short selling bans, such as the ones imposed during the peak of the financial crisis in 2008, failed. Without shorts, some investors / speculators will just sell more stocks. The intention of regulators is to stabilize the markets, which have suffered from high volatility and sharp falls with all the news and rumors going on, and also with the relatively low liquidity in August. The European debt crisis is much more complicated, and an artificial step like this will likely be ineffective.”

Ed Ponsi of FX Educator reiterates doubts of the ban, reflecting the belief that short-selling is not only a valid trading strategy but also healthy for the markets. “This will not restore confidence; on the contrary, it shows that the market officials of the participating countries have no confidence. Trading is like an election, you can vote yes or no for a stock. They want to fix it so you can only vote yes, you cannot vote no. The officials took these actions because they probably have little understanding of how markets actually function.”

On the other side of the aisle, there are those who are viewing this move in a more positive, yet still cautious, light. Boris Schlossberg of BK Forex Advisors suggests: “The key aspect of the ban on short selling appears to have been prompted by concern that false rumors could destabilize financials to such an extent that they would suffer irreparable economic harm. Given those concerns its probably wise to curtail short selling until markets stabilize. However, if the arguments of the shorts turn out to be true no amount of regulation will stop an avalanche of selling from taking place.”

Continuing this line of thought, Layalee Ramahi of ecPulse.com explains: “The short selling can only be an imposed short-term relief and not a long term fix, it will help ease the longer term consequences of the heavy selloff especially as it was strongly influenced by rumors. The focus remains on worsening growth and the debt crisis while the liquidity in the market is falling further and interbank lending might be hinting at a crisis, especially that the short selling ban might add further pressure which is what we need to focus on this period. All in all, decision makers can feel the rising market pressure and tension and acting preemptively to contain the crisis in an effort to shore confidence and stem the crisis which this might prove to delay only temporary if other decisive measures were not taken.”

Andrei Knight, Sr. Currency Strategist at fxKnight,com, agrees about the very limited effect the measure might have. He recalls that when the US and UK tried it during the 2008, "the NEWS provided temporary relief for a couple days but, in the end the FTSE fell another 1500 points anyway.  No, in the long run you just cannot influence the market and it will do what it wants to do. I'm reminded of when China in May of 2007 bought $1.2 Trillion of US Dollars, which had been plummeting for a couple years by that point, in an effort to maintain the value of the Treasury notes they're holding.  It worked, and established a new support level - for about 3 or 4 days."

Rounding things off, our own Valeria Bednarik of the FXstreet.com Independent Analysis team concludes: “The ultimate message I get from this is that they are far away from a solution and on contrary the crisis is still extending and far from over. This is mostly a political move trying to show markets that governments can take decisive action, yet at this point it's rather an act of desperation than a demonstration of authority. The euro zone has been trying frantic last ditch efforts lately, with no result. In my view they reached this point because they let the crisis develop for long before taking measures, with the ECB focusing on inflation, and ignoring the rest. It’s true that the central bank was not meant to deal with this crisis, yet should have reacted sooner. Now is too late, and they may need to face a good couple years more of fight against the crisis, before start talking about a recovery in the euro zone.”

GBP/USD picks up bids around 1.3590 amid the initial Asian trading session on Tuesday. The Cable justifies its bounce off 21-day SMA and a bullish pin bar candlestick pattern on the daily chart. Monthly resistance line adds to the upside barriers.

USD/JPY buyers battle resistance line of a short-term symmetrical triangle. The yen pair not only refreshes the intraday high but also probes a symmetrical triangle formation established since the last Thursday. 100 and 200-HMA add to the upside barriers.

GBP/USD picks up bids around 1.3590 amid the initial Asian trading session on Tuesday. The Cable justifies its bounce off 21-day SMA and a bullish pin bar candlestick pattern on the daily chart. Monthly resistance line adds to the upside barriers.

USD/JPY buyers battle resistance line of a short-term symmetrical triangle. The yen pair not only refreshes the intraday high but also probes a symmetrical triangle formation established since the last Thursday. 100 and 200-HMA add to the upside barriers. 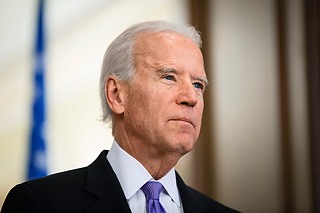