Cryptocurrencies took advantage of the rebound in the stock market, locally offsetting the recent decline. From a broader perspective, the coin only manages to offset part of the losses but globally it still fails to return to growth. Bitcoin adds almost 5% during the last 24 hours. The growth comes with higher trading volumes, which is a positive signal. However, there are concerns that this positive dynamics will exhaust its potential already at current price levels around $32K.

If this is indeed the case, we get a scenario of sustained selling of the cryptocurrency while trying to grow. However, if within the previous cycle in early 2018 this led to the collapse of the crypto market and the beginning of the crypto winter, now the sentiment of the retail sector has no global impact on Bitcoin. The rally to $65K was not driven by retail crypto enthusiasts, the price was driven by big capital. Of course, the rally was supported by the retail sector but even the maximum level of panic by private investors is hardly catastrophic.

Bitcoin's clear dependence on the decisions of big capital, which has no special feelings about digital currencies and pursues only the goals of maximum enrichment, sets up skepticism in assessments of long-term potential. The crypto community used to fear Bitcoin's dependence on the concentration of computing power in China. Now the fear is the large involvement of big capital. Of course, when institutional investors buy, it's only welcome as the price grows but sooner or later, they will start selling.

The good news is that now we can observe a stage of asset accumulation. If you look at the news agenda, big capital continues to increase its stake in the crypto sector. For example, the Rothschild Investment Corp fund increased its holdings in Grayscale's BTC and ETH trusts by 5%. This is now a general trend, and it is very likely that we will still see Bitcoin rise in the coming days or weeks. However, at some point a new massive sell-off will begin with a potential $10K target, zeroing in on the entire rally from last October.

Trade Responsibly. CFDs and Spread Betting are complex instruments and come with a high risk of losing money rapidly due to leverage. 77.37% of retail investor accounts lose money when trading CFDs and Spread Betting with this provider. The Analysts' opinions are for informational purposes only and should not be considered as a recommendation or trading advice. 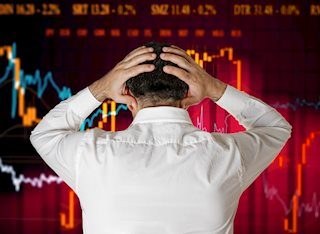