XRP/USD is trading some 10% higher above $0.16 after the Federal Reserve announced an open-ended Quantitative Easing program called TALF – described by experts as "Throwing the kitchen sink." The flooding of markets with cash is lifting all assets, including cryptocurrencies.

Ripple faces further resistance at $0.1620, which was a stubborn cap on Saturday and on Sunday. It is followed by $0.17, which is a round number that also held it down on Friday. The recent peak of $0.1750 is the next level to watch. 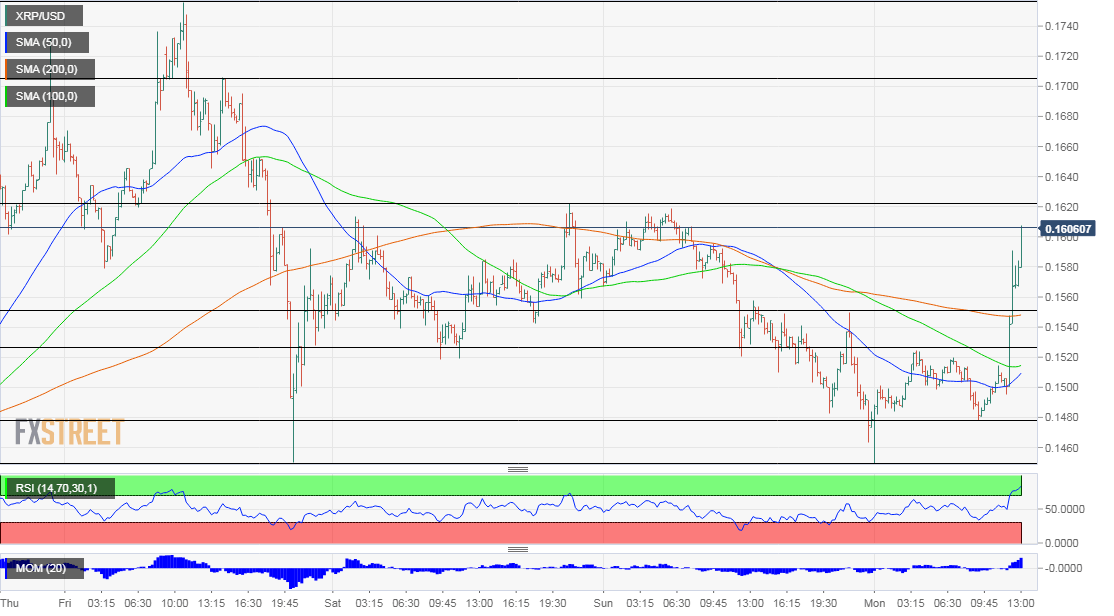