Litecoin (LTC) price is at the cusp of unchaining itself from the relentless dollar strength that has been casting a shadow on price action this month. With Junejust around the corner, an uptrend is set to kick in as Russia has said it is willing to start talks to open up all the ports in Ukraine and restart supply chains from them into the country. This will cause a massive sigh of relief on the world stage and could lead to less hawkish language from central banks, which will support cryptocurrencies.

Litecoin price is nearing its end game in terms of the downtrend that has been present in 2022 but saw an acceleration in May with the mighty dollar adding additional pressure on price action. As the dollar stabilises, headlines are hitting the wires that Moscow is set to start talks and might let loose its grip on Ukraine. That would mean a massive game-changer on the geopolitical front as a significant tail risk event needs to be priced out.

LTC price would then trade back to levels where it was before the invasion of Ukraine, which is roughly around $160. But before dreaming of that number, plenty of ground needs to first be covered towards $94 where a triple cap is present with the 55-day Simple Moving Average, an essential historic pivotal level and the red descending trend line all coinciding with each other. That is already a good 36% of profit, with not many hurdles along the way, except for $90 – a psychological level that could present bulls with some issues in getting through. 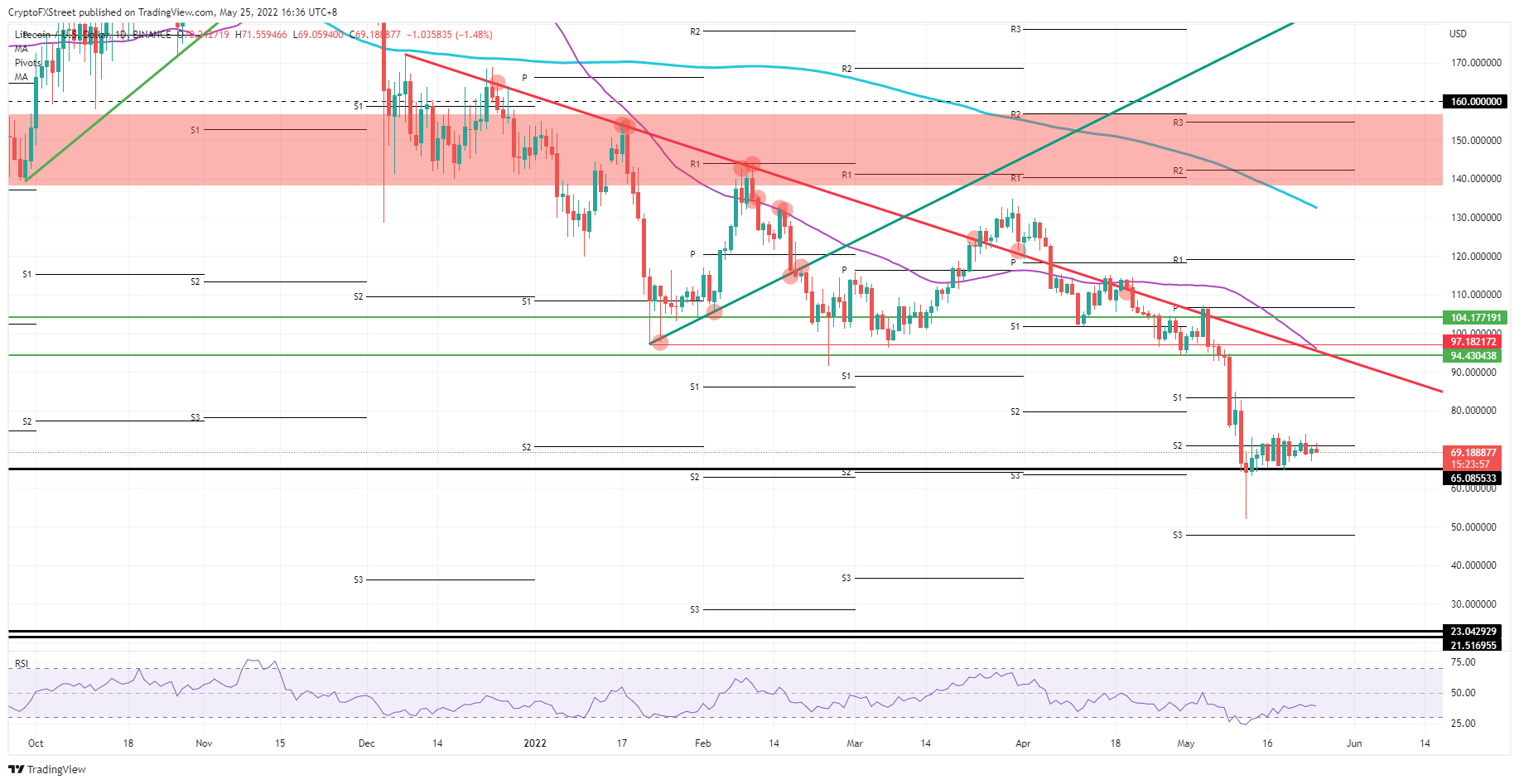 Alternatively, dollar strength could still come back to haunt traders and investors if markets  instead adopt a ‘buy the rumour and sell the fact’ strategy. This could lead to a massive unwinding when another positive headline hits the wires. Nor can the current positive signals from Moscow or the country's press agency be verified with other sources. In such a scenario LTC price would be expected to trade sideways and even break back below $65 towards $50 before a turnaround can be activated.