Bitcoin trading volume was down for the second consecutive day.

Market moves: All eyes were on the Chinese stock market, as bitcoin funding rates on Chinese derivatives exchanges slowly recovered from negative territory.

Technician’s take: Bitcoin was stabilizing above its 20-day average two days after its 20% plummet.

Bitcoin inched up on Monday two days after plummeting 20%, and at one point neared $51,000. The largest cryptocurrency by market capitalization was trading well over $50,000 at the time of publication. Trading volume was even lower than a day ago across major centralized exchanges. Ether was up over 3% to $4,324. 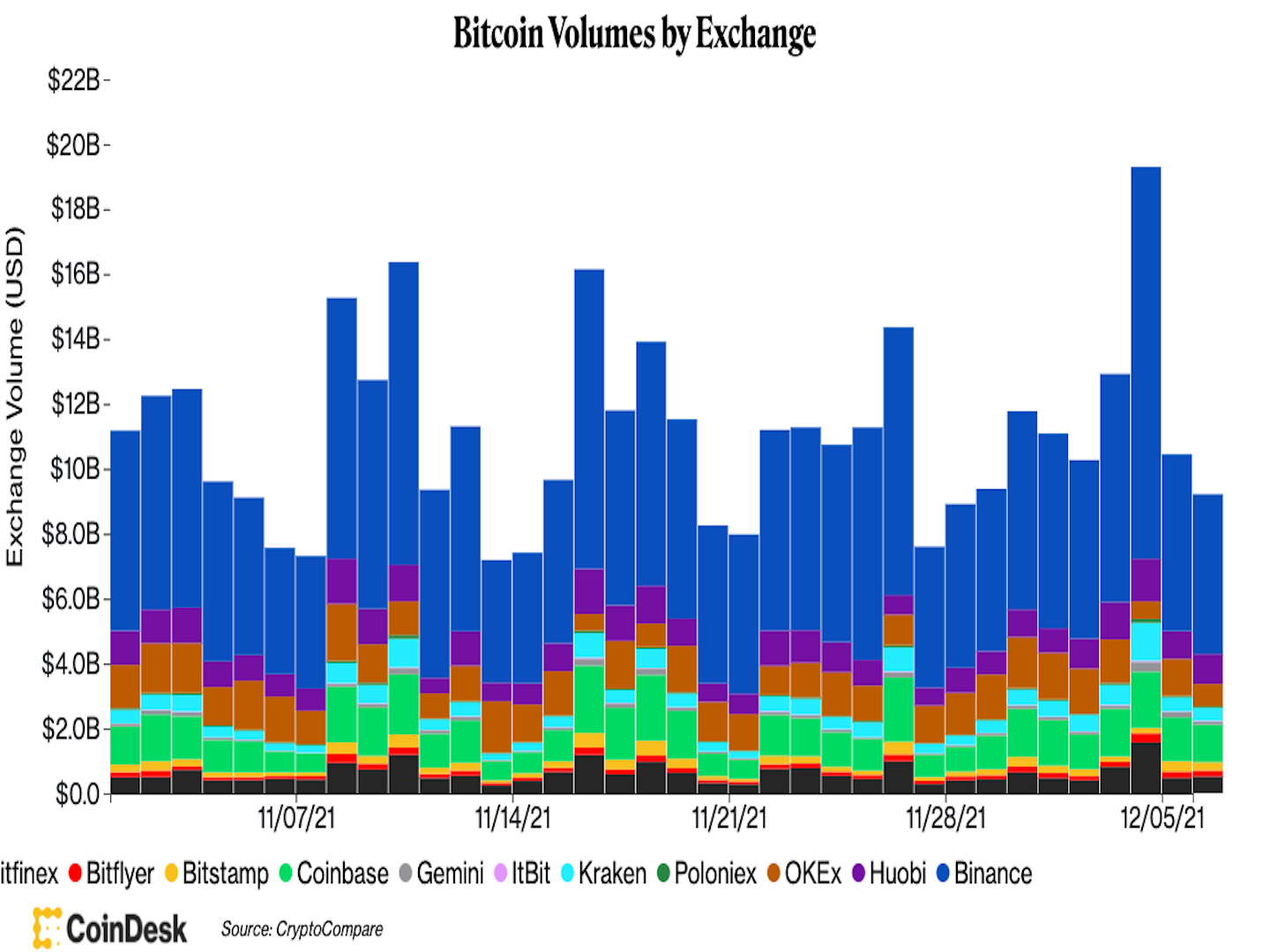 According to Singapore-based crypto trading firm QCP Capital, bitcoin’s average funding rate, or the cost of holding long positions in the perpetual futures listed on exchanges popular among Chinese traders, including Huobi, OKEx and Bybit, recovered from negative territory much more slowly than the funding rate on other major exchanges such as Deribit. (Exchanges calculate funding rates every eight hours.)

“This indicates persistent selling out of China,” QCP Capital wrote in its Telegram channel on Monday, citing “bad news” from China, including China ride-hailing giant Didi’s announcement to delist from the New York Stock Exchange. Other Chinese tech stocks tumbled following the news, as investors worried that other Chinese tech firms would be pressured to follow Didi’s move.

Meanwhile, China real estate giant Evergrande Group’s stocks and bonds both fell to historically low levels, as the Chinese government stepped up its involvement in the company’s management. The deeply indebted Chinese real estate developer has been an important factor in the performance of crypto and broader financial markets, CoinDesk has reported previously. 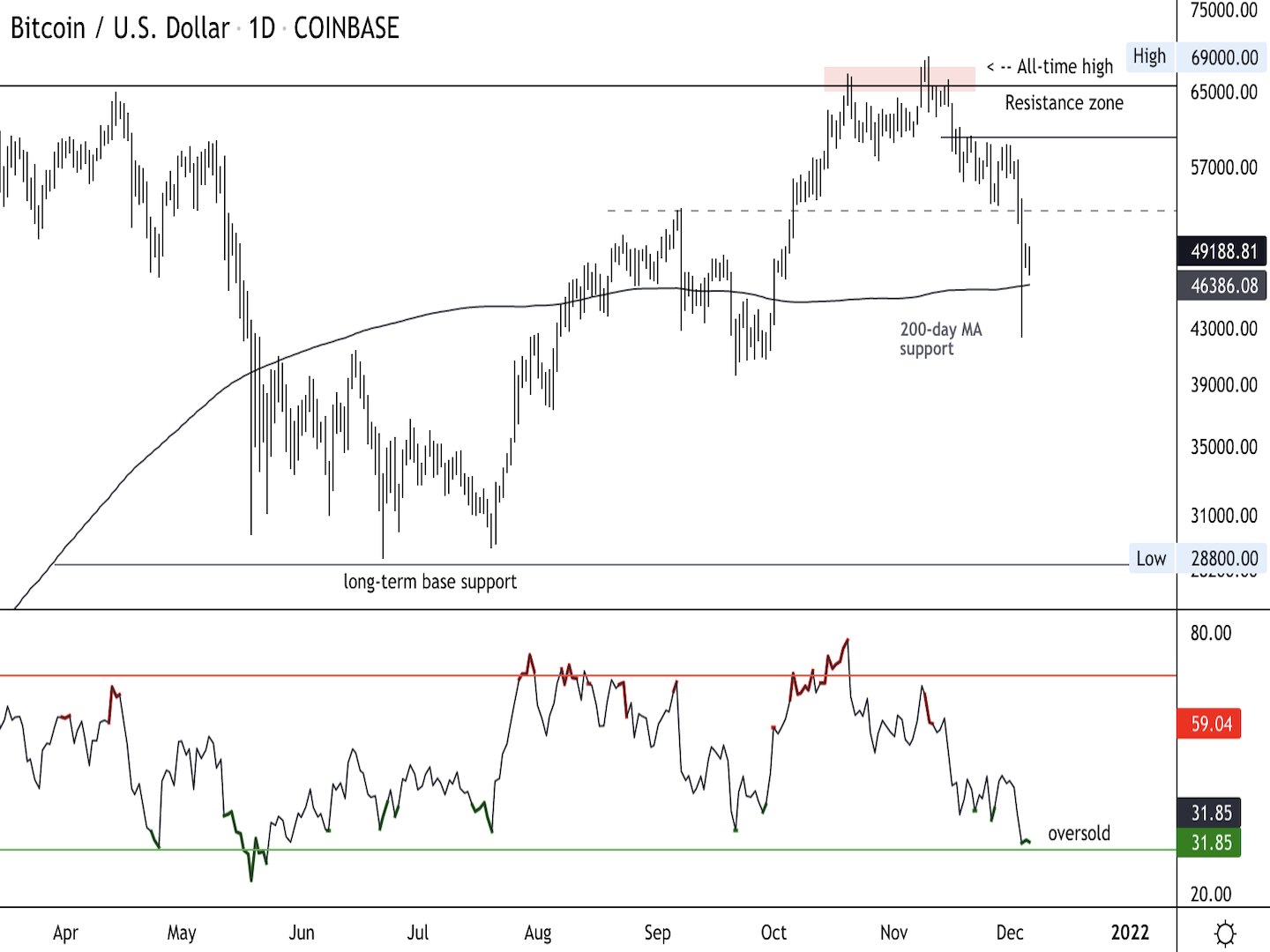 Bitcoin is stabilizing above its 200-day moving average, currently at $46,000, after a nearly 20% sell-off over the weekend. The cryptocurrency was roughly flat over the past 24 hours, and was trading at around $49,000 at the end of the New York trading session. BTC is down about 15% over the past week.

The relative strength index (RSI) on the daily chart is the most oversold since July, which preceded a strong price recovery. Still, oversold conditions could persist for several days as sellers gradually exit positions.

BTC is poised for a short-term bounce, although upside appears to be limited toward the $55,000-$60,000 resistance zone. Over the long term, weekly momentum indicators have shifted negative for the first time since April, which preceded a brief crypto bear market.