Enjin Coin has been under consolidation for the past week, but on-chain metrics still favor the digital asset. ENJ bulls are trying to push Enjin above a crucial resistance level to see a massive breakout.

On the 4-hour chart, Enjin has established a bull flag with a resistance trend line formed at the psychological level of $3. A breakout above this point has a final price target of $4.36, calculated using the height of the flagpole as a reference.

Before the maximum price target, Enjin Coin can briefly stop at $3.57, a high established on April 10, and the previous all-time high of $4. 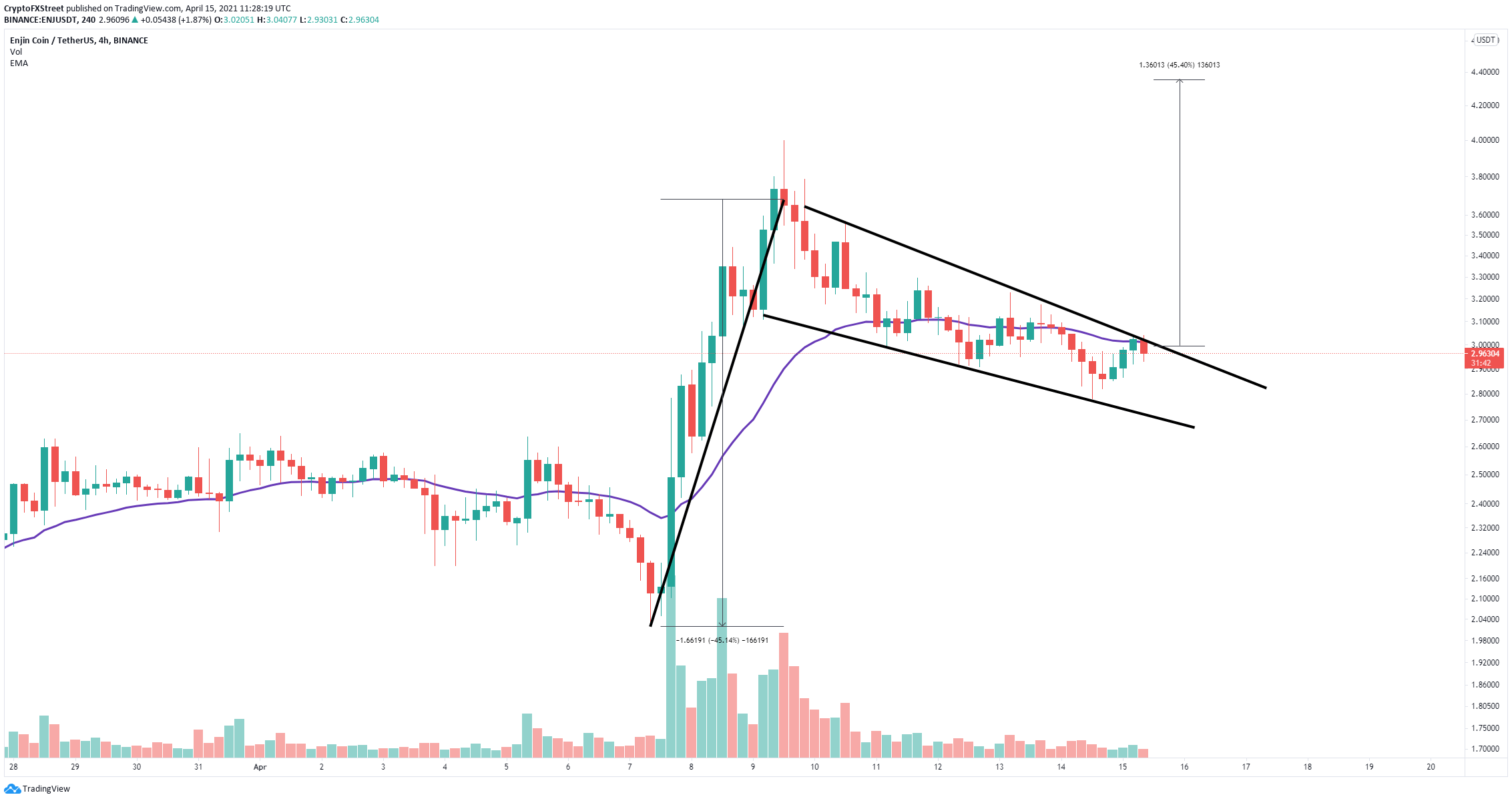 The In/Out of the Money Around Price (IOMAP) also shows a significant resistance area between $2.98 and $3.15, where 5,600 addresses purchased 89 million ENJ coins.

A breakout above this range adds a lot of credence to the bullish outlook.

On the other hand, it seems that the number of new and active addresses, which peaked on April 9, is decreasing significantly, which could mean investors aren’t as interested in buying Enjin Coin at the current price levels.

Additionally, the number of whales holding between 1,000,000 and 10,000,000 ENJ has significantly decreased since March 2, from 80 to a current low of 62. This indicates that large investors are taking profits and believe Enjin Coin has reached its top.

A rejection from $3 could drive Enjin Coin price down to the bull flag's lower trend line located at around $2.7.