Dogecoin price has rallied 250% from the intra-day low on April 23, putting it within reach of the April 16 all-time high at $0.470. Momentum is on the bulls side, but it is important to note that the volume underpinning the rebound has been uninspired.

The online trading platform eToro announced it would offer DOGE to its 20 million registered users. The trading app had faced criticism from users for not allowing trading in the altcoin, now the world’s fifth-largest cryptocurrency by market capitalization.

Other platforms and exchanges have resisted adding DOGE, including Coinbase, partly due to the notable volatility and the potential for massive losses, such as the 70% decline in April. The upside volatility is well-documented as DOGE/BTC price is up 4,800%, and DOGE/USD price is up 10,000% since January 1.

In an email to users, eToro described the decision as a “further expansion of crypto services,” which now totals 19 cryptocurrencies.  The trading app went on to say that “beneath the branding, dogecoin is based on solid technical foundations, utilizing a proof-of-work mechanism, much like litecoin or bitcoin, with minor yet key differences.” One of the key differences is the steadily increasing DOGE supply, making the digital token inflationary with quicker and cheaper transactions. In contrast, Bitcoin has a fixed supply and slow block times.

The decision by eToro is an important step forward for DOGE adoption and accessibility, which initiated a Dogecoin price rally of 18% at the time of writing.

Since April 24, the Dogecoin price rally has been incremental, with the largest daily gain being 18.79%. Once the meme-inspire cryptocurrency breaks out into new highs, it is anticipated that traders will lift Dogecoin price, leading to consecutive days of 30%+ gains. The first primary target is the 161.8% Fibonacci extension of the April decline at $1.014.

If the eToro decision gains traction in the industry, Dogecoin price could extend the rally to the 261.8% extension at $3.51 in the medium term. However, to reach an extreme gain, the volume will need to spike in the coming weeks. 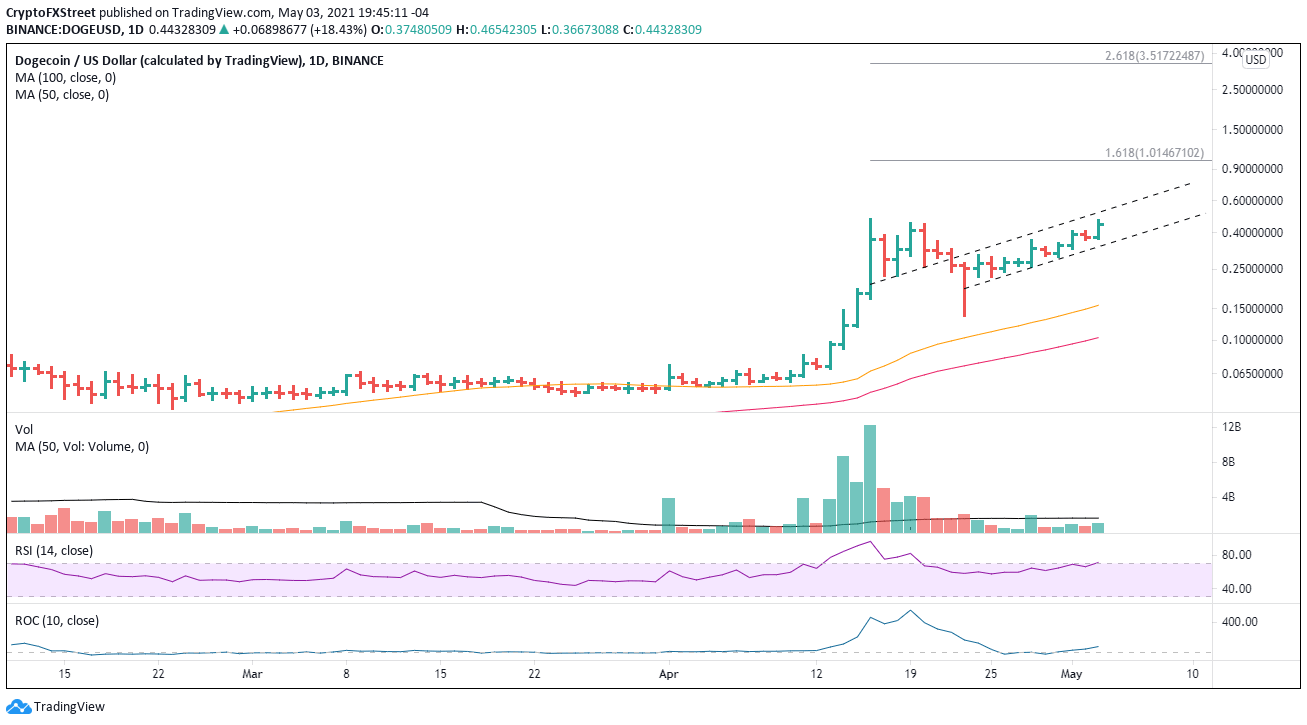