Bitcoin (BTC) has been consolidating losses in Asia after a deadly collapse during late Tuesday hours. The first digital asset is changing hands at $8,484, off the recent low registered at $8,150. BTC/USD has lost nearly 13% of its value in recent 24 hours and stayed unchanged since the beginning of the day.

There are few technical levels both below and above the current price due to sharp movements on the market. However, the bulls may have hard tome pushing the price through the barriers clustered on their way. Let’s have a closer look at the barriers that might influence Bitcoin’s movements in the short run. 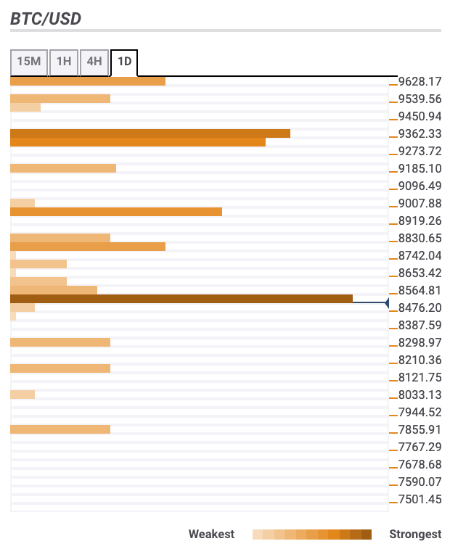 EOS lost over 23% of its value in recent 24 hours. Despite rather slow movement during early Asian hours, the coin managed to recover from the lows and gained about 3% since the beginning of the day.

EOS takes the seventh place in the global cryptocurrency market with tthe current market value of $2.60 billion. At the time of writing, EOS/USD is changing hands at $2.84, off the recent low $2.40.

Ethereum bears hit the pause button as ETH/USD recovers above $167.00

The second-largest cryptocurrency with the current market capitalization of $17.8 billion has been moving down in sync with the market. At the time of writing, ETH/USD is hovering around $167.70, off the recent low touched at $155.62.  The coin has lost nearly 17% on a day-on-day basis and stayed unchanged since the beginning of Wednesday.

The cryptocurrency market seems to be stronger than ever and has seen a $250 billion increase in its market capitalization since the beginning of October.

Yearn.Finance Price Forecast: YFI’s next buying opportunity may come at $18,000

YFI had an astounding 290% bull rally that started on November 5 and peaked on November 20 at $29,890. The digital asset seems to be under consolidation, and many indicators are turning bearish in the past ...

XTZ attempts to breakout but technicals point to a retracement first

Tezos is up by 45% in the past week as it was one of the few cryptos left to go up. Bulls face a critical resistance level at $3, and some technical indicators suggest that investors should sell in ...