On Friday morning, Bitcoin again tries to climb above $8,000. The decline to $7,500 the day before attracted new buyers, as a result, BTC increases by 5% and trading at arm's length from $8,000. Once again, the coin was helped by investors seeking to enter the market on drawdowns. A week ago, buyers stepped up around $7,000, now closer to $7,500. Following the first cryptocurrency, as always, the altcoin market is growing: from 4.5% (XRP) to 10% (Litecoin).

Apparently, market participants are no longer afraid of moving large amounts of bitcoins. On May 22, almost 10,000 BTC ($79 million at the current exchange rate) were withdrawn from the Huobi wallet, today 1,000 BTC were withdrawn from the cold wallet of the Bittrex exchange. It seems that the crypto community has realized that these assets just change hands and return to circulation, and not liquidated.

Crypto optimists believe that Bitcoin is now only at the very beginning of a long uptrend. Bitcoin pioneer and co-founder of Gemini Tyler Winklevoss believes that Bitcoin is a digital version of gold, whose market capitalization is about $7 trillion. against $140 billion for BTC at the moment, which indicates the tremendous prospects for the first cryptocurrency. However, you should always remember about the personal interest of the twins, as they own a large number of digital assets.

In the medium term, Bitcoin, and especially investors in a digital asset, can face serious challenges. The crypto analyst Josh Rager calculated that Bitcoin collapsed about 9 times in the past rally. Therefore, the nerves of the bulls will be seriously tested, and with each new wave of correction, the most impatient will be eliminated. For others, it will be a good chance to buy an asset at local minimums.

We have repeatedly noticed that the cryptocurrency market is moving in close accordance with the technical analysis, which in turn was based on the experience of the stock market of the early 20th century. Later, the stock market changed under the influence of very large banking capital and index funds. But at the moment, cryptocurrencies are most attractive for long-term investors, which form an uptrend and for speculators which periodically rock the boat. 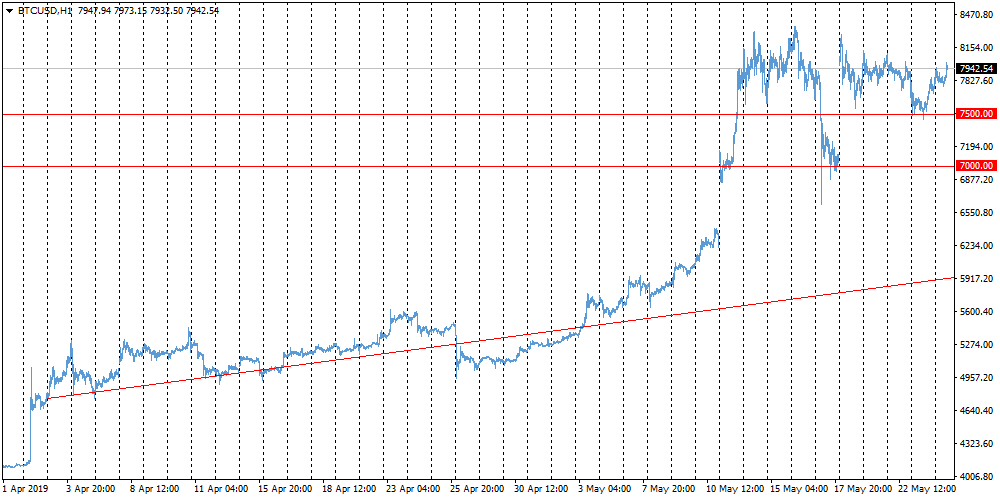 Like the majority of cryptocurrencies, Ethereum has managed to recover from its 23% crash and it’s aiming to hit higher highs on Monday. There seems to be very little opposition above as bulls are eying up $720.

Cardano Price Forecast: ADA sits in a no-trade zone while momentum builds up

Cardano had an early recovery on November 28 ahead of Bitcoin’s last move toward $20,000. The digital asset is now consolidating and trading sideways as indicators show it is ready for another breakout in the short-term.

Ripple Price Prediction: XRP sits on the verge of an explosive breakout

XRP traded as high as $0.78 on November 24 before a brief period of a correction down to $0.456. Ripple price is trading at $0.655 at the time of writing, notably recovering from the dip and aiming to set higher highs.

Yearn.Finance Price Prediction: YFI may take a hit before a massive rally to $35,000

YFI has managed to see a 47% bounce in the past four days after hitting a low of $18,228 on November 26. Bulls are looking to establish a higher high on the daily chart and break $29,890. However, some indicators suggest the digital asset might need to retrace first.