Bitcoin (BTC) returned to range resistance on Aug. 17 amid ongoing concerns that a retracement is imminent. 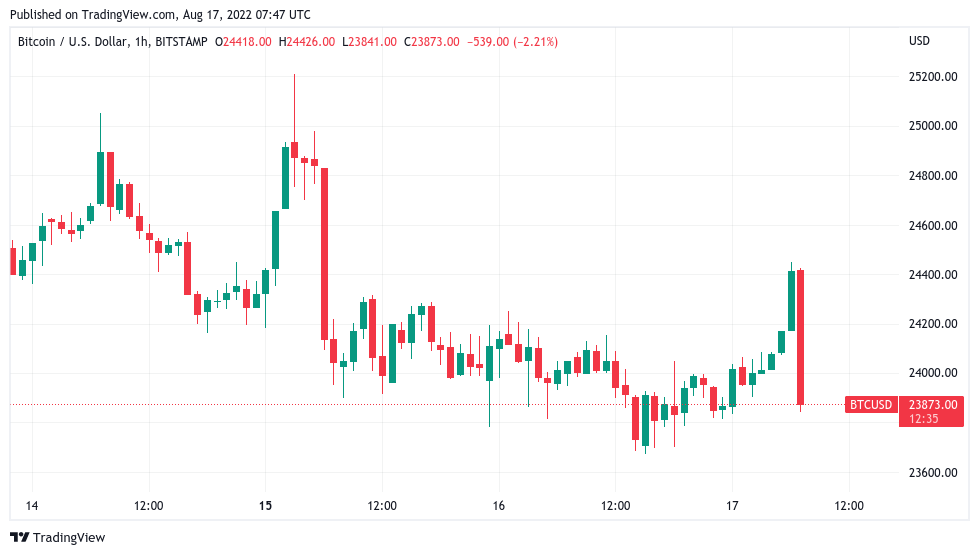 No success for Bitcoin bulls

Data from Cointelegraph Markets Pro and TradingView showed BTC/USD hitting $24,448 on Bitstamp, up 3.25% from the previous day’s low before diving $600 in under an hour.

The momentum gained speed on the day, but the bulls faced familiar resistance at levels keeping them broadly in check since mid-June. The past week’s trips to $25,000 and beyond remained brief breakouts beyond a two-month price ceiling.

Analyzing the scenario, veteran trader Peter Brandt eyed a rising wedge setup in progress for Bitcoin with $20,700 as its starting point.

On-chain monitoring resource Material Indicators was less convinced about the staying power of the current rally.

Uploading a snapshot of the Binance order book on Aug. 16, it captured the resistance now preventing Bitcoin from sealing further gains, adding that the setup “resembles prior local tops.”

“Bid liquidity is kind of thin, but that tends to change after support is lost,” further comments stated. 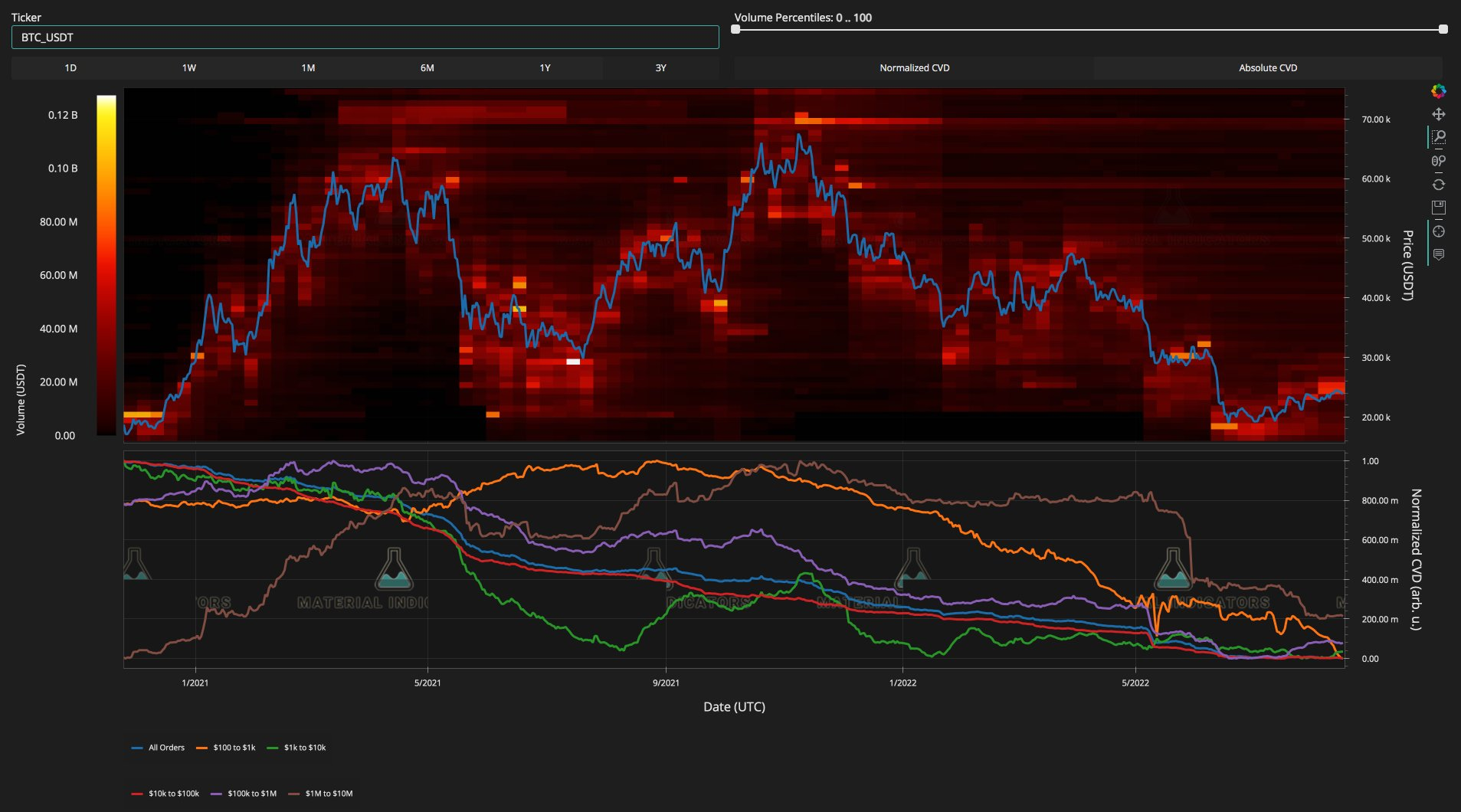 Trader Il Capo of Crypto, meanwhile, doubled down on a forecast involving BTC/USD reaching a maximum of $25,500 before heading significantly lower.

“$ES has mostly fulfilled my prediction,” he wrote:

$BTC on the other hand is truly struggling amidst an up-only S&P500 (ES). Even a bear like me expected much more from BTC. I think this speaks to how weak crypto still is and that big money most certainly prefers S&P500 over crypto atm. 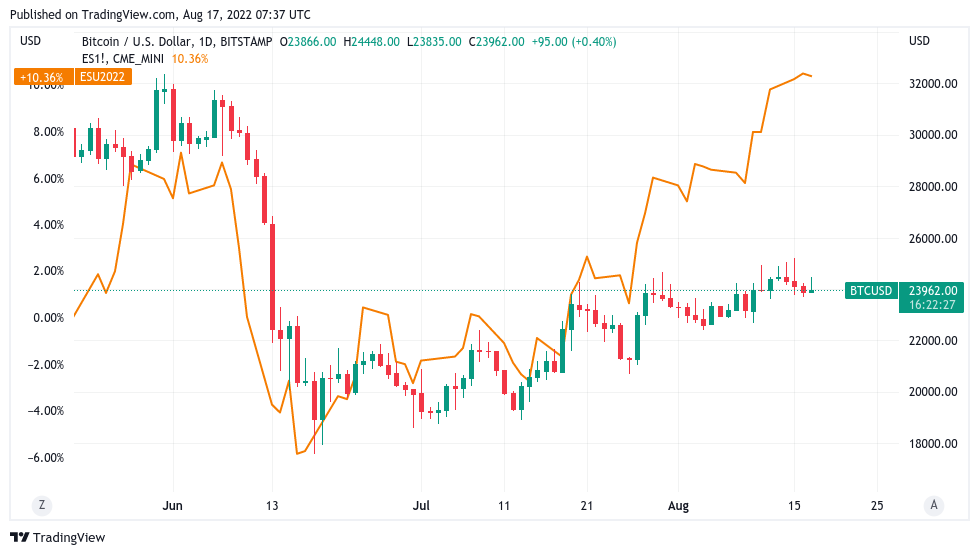 On altcoins, Ether (ETH) briefly came within $50 of the $2,000 mark once more before reversing lower in step with BTC.

The largest altcoin by market cap had been outshined by Dogecoin (DOGE) the day prior, DOGE/USD gaining in excess of 11% on the day before cooling. 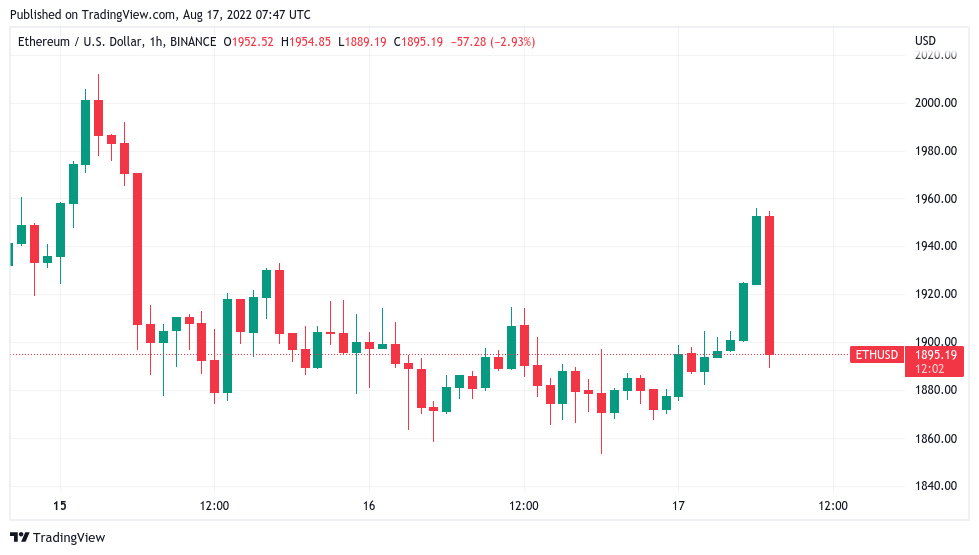 “There’s so much disbelief in this reversal that I might raise my target from to 2.5ks to 3.2ks,” he added in a subsequent Twitter post on the day.