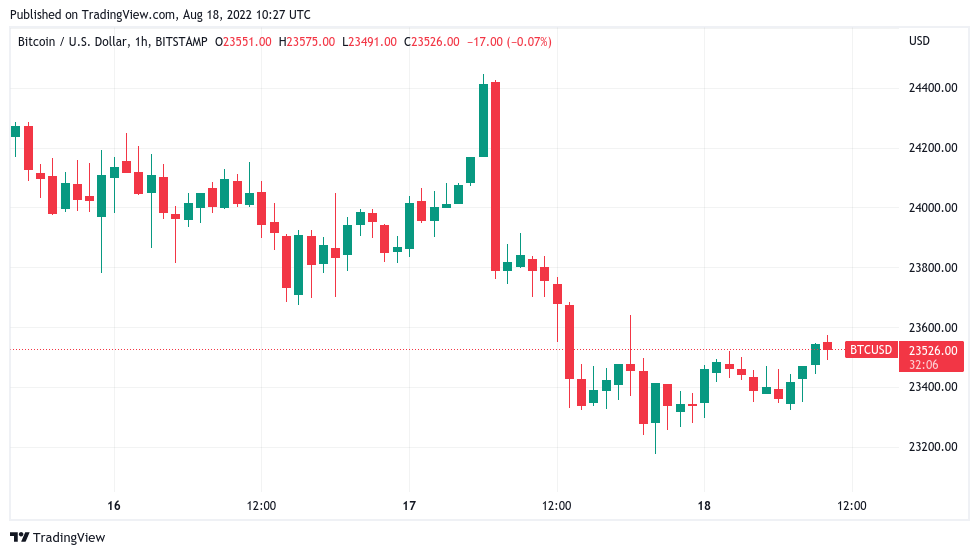 Support and resistance close in on BTC spot price

Data from Cointelegraph Markets Pro and TradingView showed BTC/USD passing $23,500 at the time of writing, having preserved $23,000 as support overnight.

Concerns over a deeper risk asset drawdown had become widespread over the week, with Bitcoin and Ether (ETH) notably unable to crack long-term resistance levels.

With bulls seemingly on the back foot, the mood among analysts was naturally wary.

“BTC did break down from this huge rising channel/wedge everyone seems to be watching,” Daan Crypto Trades wrote in part of his latest Twitter update.

23.8-24K will act as resistance. Break back in and this would be a big bear trap. Bearish rejection and we head down.

Near-term support meanwhile came in the form of whale buy-ins at $22,800 and up, on-chain monitoring resource Whalemap argued.

Now just below Bitcoin’s 200-week moving average, the $22,800 zone should be the line in the sand to watch in the event of a market downturn.

“Back to square one,” the Whalemap team summarized alongside a chart showing the extent of hodled whale coins by price point. 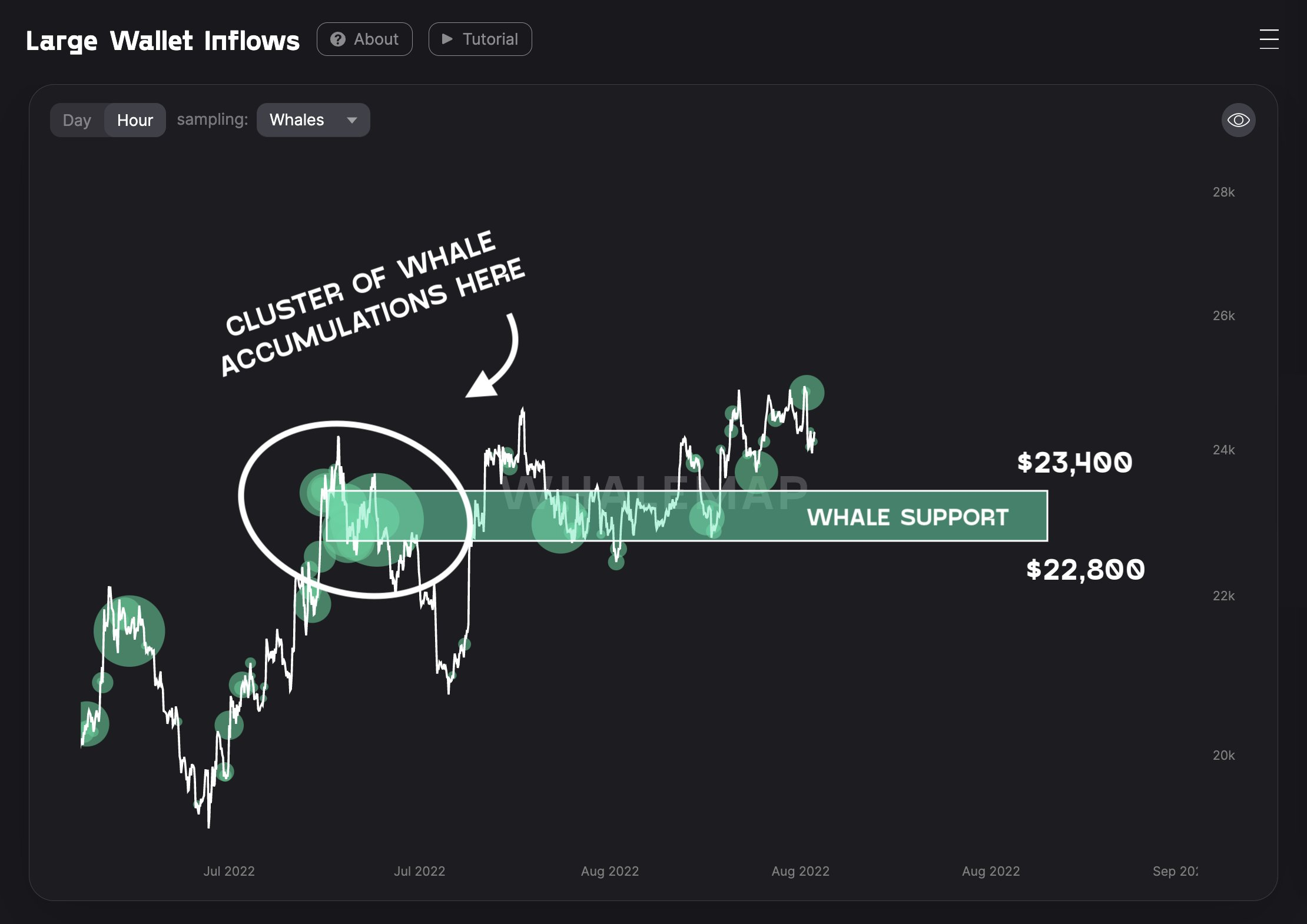 Macro triggers were clearly inflation-skewed on the day, with the EU’s 9.8% July print headlining.

The figure for July marked the bloc’s highest ever inflation reading, up from 9.6% year-on-year in June. For context, in July 2021, inflation was 2.5%.

In an interview with Reuters on Aug. 18, Isabel Schnabel, Member of the Executive Board of the European Central Bank (ECB), could not say with confidence that inflation had peaked.

“I would not exclude that, in the short run, inflation is going to increase further,” she said.

But any projection is currently subject to high uncertainty. So it's very difficult to predict when inflation is going to peak.

The EU numbers came a day after the United Kingdom recorded the first double-digit inflation readings since the early 1980s.

This month, United States price growth appeared to be slowing, with the next inflation readout due on Sep. 13.

Litecoin price could rally 20% in October, here's why

Litecoin price could take the cryptocurrency market by surprise as a bullish retaliation may unfold in the coming days. Litecoin, the digital silver akin to Bitcoin’s comparison to Gold, has been trading range bound throughout September near the mid $50 level.

The European Union has had its eyes on crypto regulation for a while now, and over the last couple of years, it has deepened its approach to the matter. One of the most crucial aspects of this regulation was the Markets in Crypto Assets framework.