Bitcoin is trying to bounce back from local lows again. In the last 24 hours, the benchmark cryptocurrency has managed to grow to $8,900, but at this level, it has once again faced with sellers' pressure. As a result, over the last 24 hours, BTC adds 1.5% and trades around $8,800. What is happening now can be considered "green shoots", but they are still very vulnerable. The optimists' margin of strength becomes more and more fragile with each new stage of the sale. Even taking into account the recent growth, Bitcoin fell by almost $800 during the week. 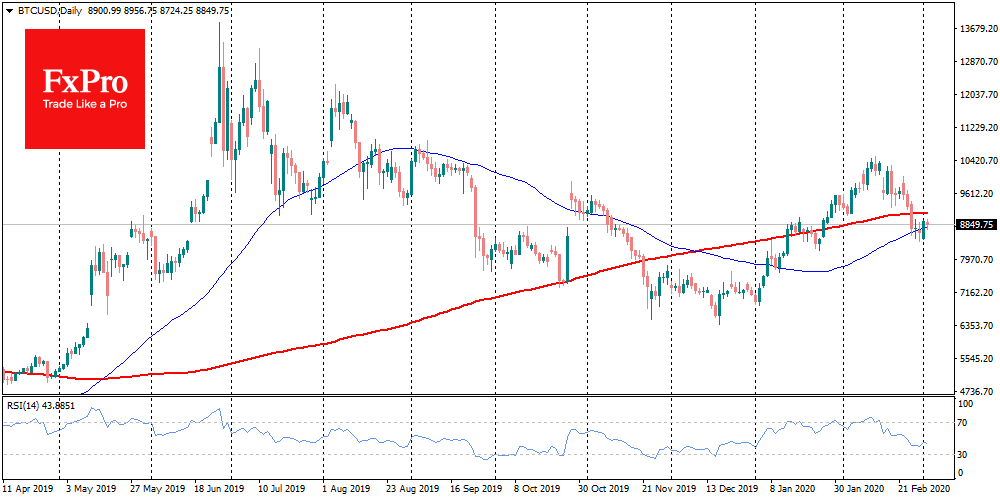 The Crypto Fear & Greed Index stopped in the area of "fear", indicating short-term confusion about the future scenario. RSI is in the neutral zone, fully reflecting the price dynamics of the crypto market. The fact that the RSI is in line with the actual situation with Bitcoin also confirms that institutional investors are heavily related to technical indicators.

Thus, we are getting evidence of a correlation between the crypto market and the traditional asset market. The past "black week" for the stock market turned out to be a decline in the crypto market as well. Although Bitcoin didn't collapse so much compared to stock indices, institutional investors likely sold Bitcoin on a par with other risky assets, but nothing more.

Bitcoin is now losing the battle for "digital gold" status. Bitcoin was not only unable to unite with traditional safe-havens, but followed risky assets. After that, when anyone attempts to give Bitcoin the state of "crypto-gold," opponents will always remember the February collapse of the stock market, which pulled Bitcoin with it. 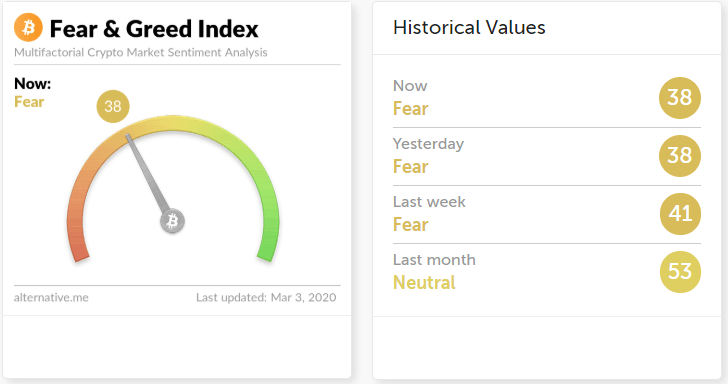 However, we also do not have a final correlation with risky assets. The fact is that Bitcoin remains a different asset, yet its main character is unpredictability. For such an asset, the best scenario is the confusion of all participants.

If we compare it to the casino, Bitcoin is now just above the stage of "one-armed bandit", while there is a long way to the "poker table".