Between September 30 and October 17, AMP rose from $0.63 to $1.28. Following a short drop to the 50-day SMA ($0.82), the price managed to rise up and barely cross the 200-day SMA ($1.19). The price needs to properly consolidate its position above the 200-day SMA to continue this upward growth. The MACD indicator corroborates this bullish outlook and shows that the buyers have the legs to take AMP up to the $1.50 resistance barrier.

The 4-hour chart adds further credence to this positive outlook. The price had previously plummeted from $1.40 and has found support twice at the 50-bar SMA ($0.92). Since then, AMP has charted the bullish morning cross pattern and further growth is expected. 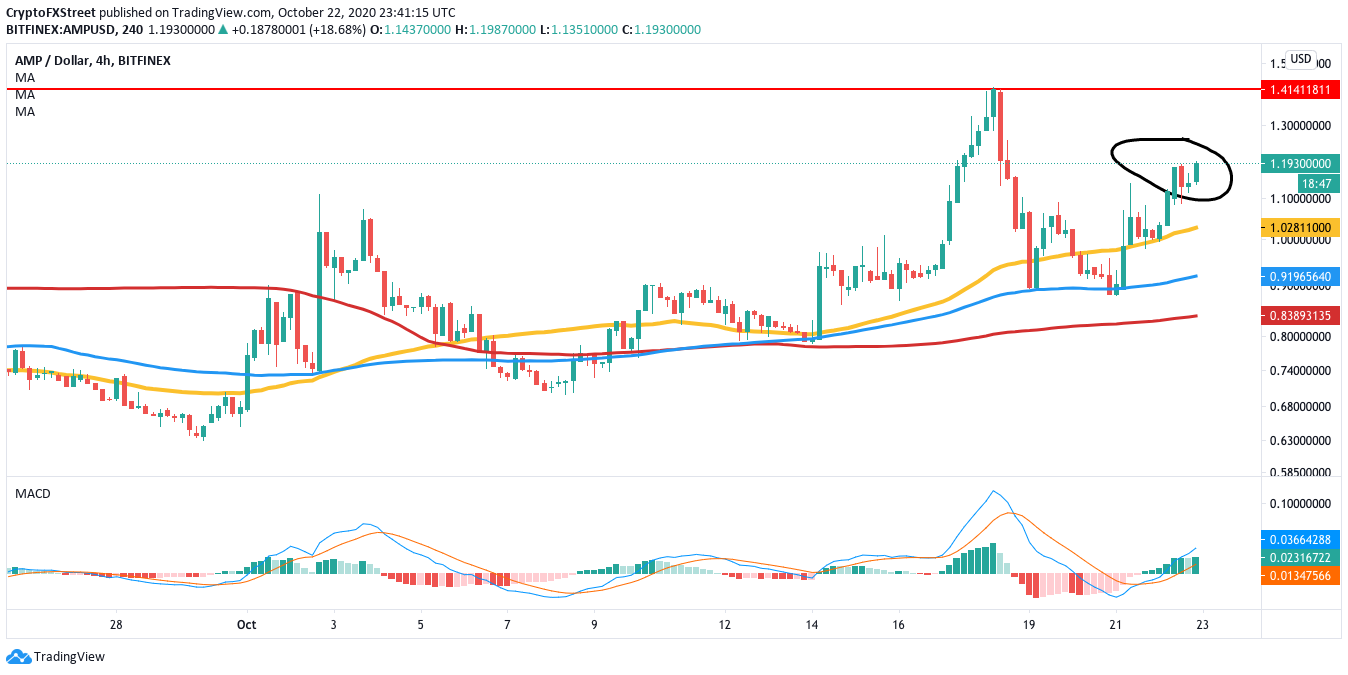 The Flipside: Can the bears spoil the party?

However, it should be noted that it’s not all sunshine and roses for AMP. The hourly chart has flashed the sell signal (green 9) in the TD indicator. Along with that, the price is on the verge of entering the oversold zone.

Both these factors tell us that the cryptocurrency will face a short-term bearish correction before it continues on its upward path. This retracement is capped off at the $1.15 support line. A further break beyond this level could see AMP drop to the 50-bar SMA ($1.05).

AMP bulls must consolidate their positions above the 50-day SMA and aim for the $1.50 resistance barrier to continue the upward movement.

On the other hand, the bears will try to capitalize on the sell signal and push the token down to the 50-bar SMA ($1.05) in the hourly chart. However, it looks like this is a short-term retracement before AMP continues its upward swing.