Algorand has been trading in a robust and steady uptrend since December 31, 2020. The digital asset has formed an ascending parallel channel on the 12-hour chart and aims to see a breakout in the short-term thanks to several positive announcements.

Algorand partners with Xfinite to create a blockchain-based media ecosystem

Xfinite has a visionary understanding of how blockchain can be leveraged for new opportunities in the media industry. Broad blockchain adoption can only be achieved through the creation of products that are tangible and inclusive for any consumer, no matter what region they are in or what their background may be. With major partnerships with organizations that have millions of users, we are excited to support Xfinite’s new applications and welcome them to the Algorand community.

Algorand has established an ascending parallel channel on the 12-hour chart and it’s close to a breakout above the crucial resistance level at $0.76. Climbing above this point will drive Algorand price towards $1, which is a 40% move, calculated using the height of the pattern. 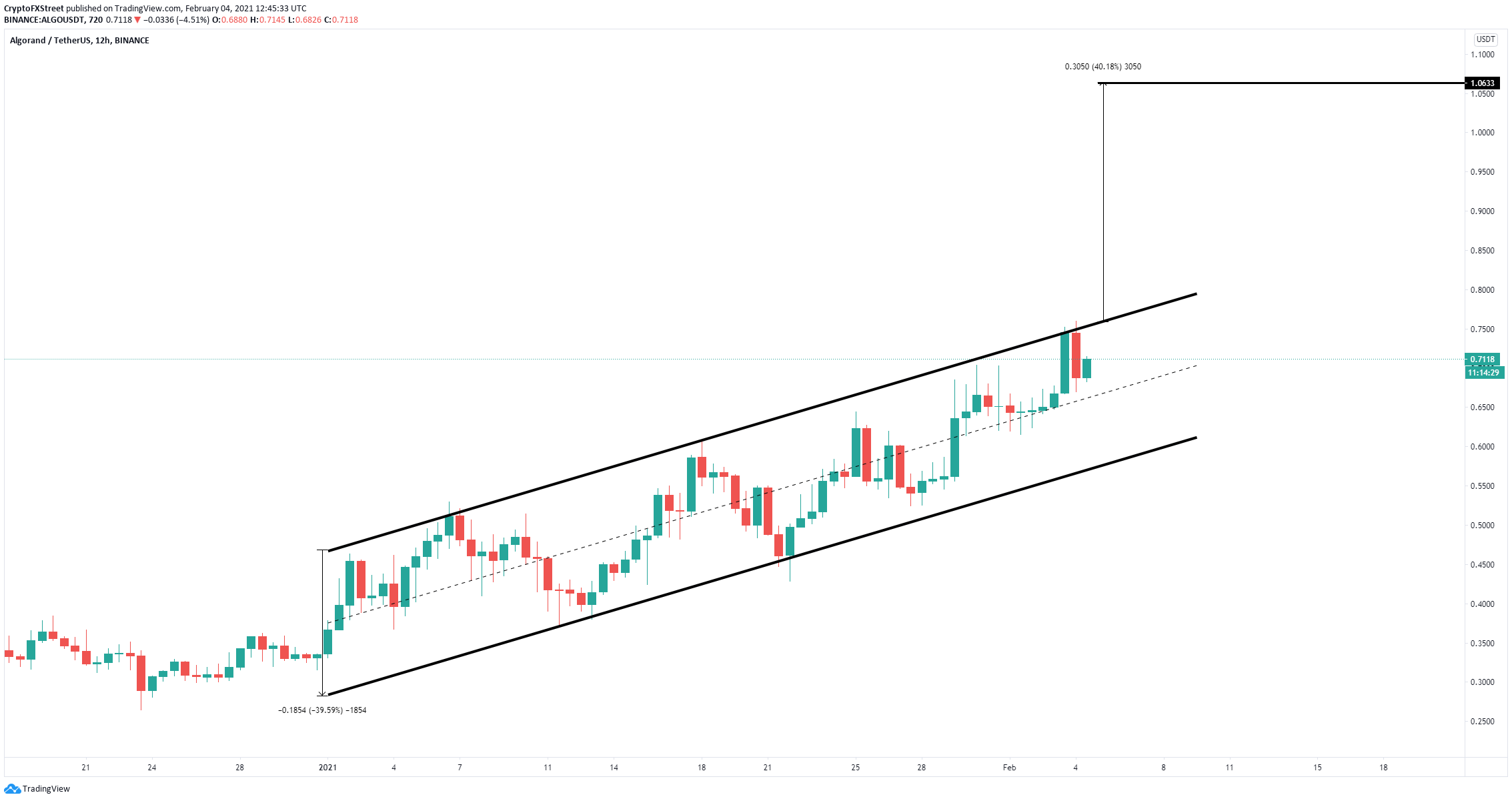 This breakout can happen in the short-term thanks to the positive announcement and partnership with Xfinite. The current price of ALGO is close to the breakout point of $0.76 as it is trading at $0.71. 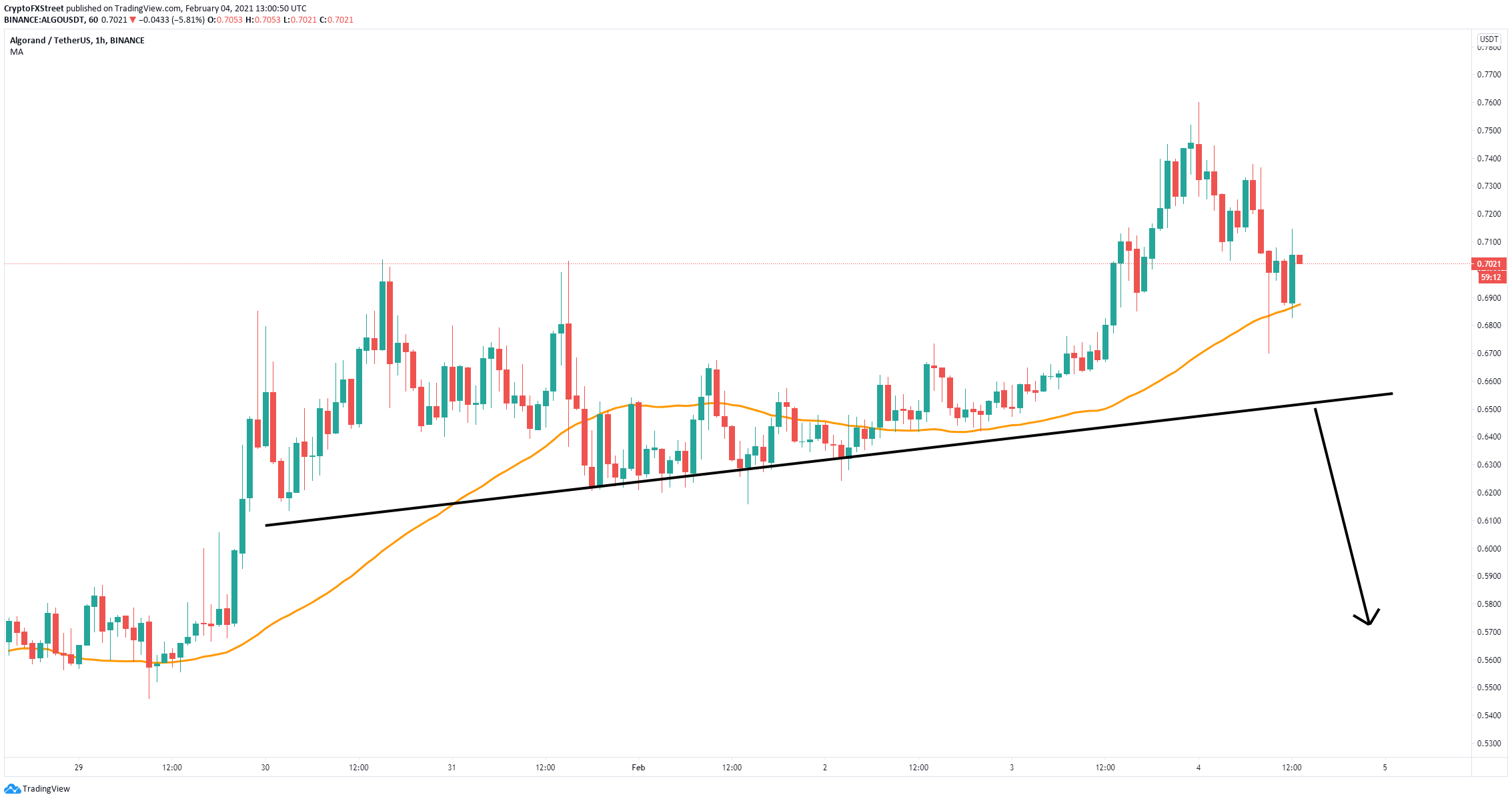 However, on the 1-hour chart, losing the 50-SMA support level at $0.69 will be a bearish sign that would push Algorand price down to a support trendline at $0.65. Losing this trendline can quickly drive ALGO below $0.60.