The metal is on track for the second consecutive bullish weekly close, inflated by weaker dollar that adds to positive near-term tone.

Formation of 10/200DMA golden-cross and rising 14-d momentum emerging into positive territory, underpin the action, but bulls need confirmation on sustained break above $1867 pivot that will signal bullish continuation and expose targets $1886/92 (100DMA / 50% retracement of $1998/$1786) and psychological $1900 barrier. 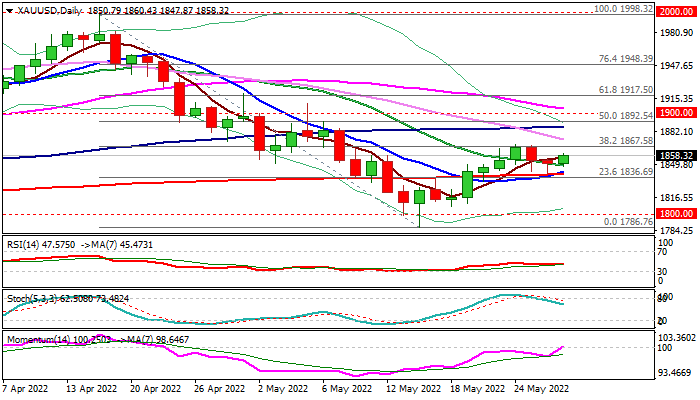 Interested in XAU/USD technicals? Check out the key levels