Some market participants worry that the passing of Hong Kong Human Rights and Democracy Act can reverse the gain in stock market. Both the US Senate and House of Representative overwhelmingly voted 417 to 1 in favor of passing the bill. It is now waiting for President Donald Trump to sign. According to Bloomberg, Trump is expected to sign the legislation rather than veto it. This bill will sanction China's officials who are deemed to harm human rights and freedom in Hong Kong. It will also require US to assess annually whether Hong Kong is sufficiently autonomous to warrant favorable trading status.

Separately, the House also passed another bill called the Protect Hong Kong Act. This bill will ban the export of weapons such as tear gas and rubber bullets to Hong Kong. These measures are mostly symbolic but may alter Washington's relationship with China. Even before this bill, China has accused the U.S as meddling with China's internal affair. Joshua Wong, the poster child of the protest movement, was spotted meeting one of the US consulate employees in Hong Kong. What started initially as a peaceful protest against extradition bill has morphed into violent acts and vandalism.

With the U.S and China currently still negotiating a "Phase 1" Deal, this bill led some market participants to believe that a deal will never happen. They argue that the U.S has insulted China's national honor and thus there won't be any comprehensive trade deal. Consequently, the global economy will suffer greatly as the relationship between two biggest economies in the world worsen. Indeed, there are currently obstacles to reach the agreement as China wants the US to roll back some of the existing tariffs. Trump recently was visibly frustrated and he publicly warned that he can raise the tariffs higher if there is no agreement.

For their part, China has responded to the passing of the bill with strong condemnation and opposition. The following is part of the official response by the Chinese government:

"On November 19th, the US Senate passed the "Hong Kong Bill of Rights on Human Rights and Democracy." The bill disregards the facts, confuses right and wrong, violates the axioms, plays with double standards, openly intervenes in Hong Kong affairs, interferes in China's internal affairs, and seriously violates the basic norms of international law and international relations. The Chinese side strongly condemns and resolutely opposes this."

Despite the complexity of the situation, we don't think the passing of the bill will derail the gain in stock market. Based on our technical analysis, pullback in major stock markets exhibit corrective characteristics. Thus, we still conclude the bullish bias remains intact for now. Dips should continue to provide opportunity to buy in the sequence in 3, 7, 11 swing. Below we will take a look at a couple of charts to determine the structure of the latest decline. 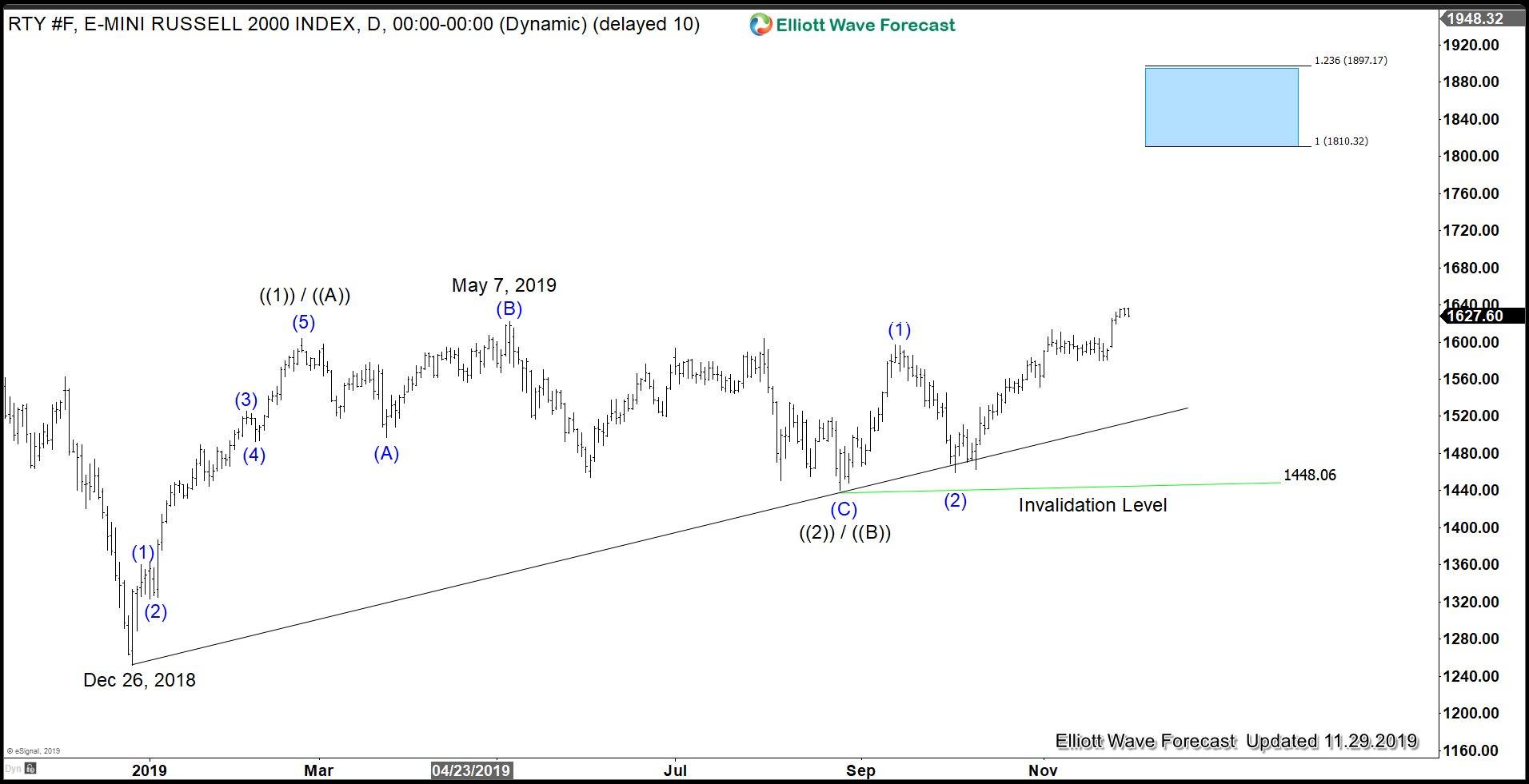 We can see from above chart that the decline in Russell from wave 3 high still shows a clear overlapping corrective characteristic. We believe the Indices remain firmly bullish. Pullback should find buyers in the sequence of 3, 7, 11 swing. 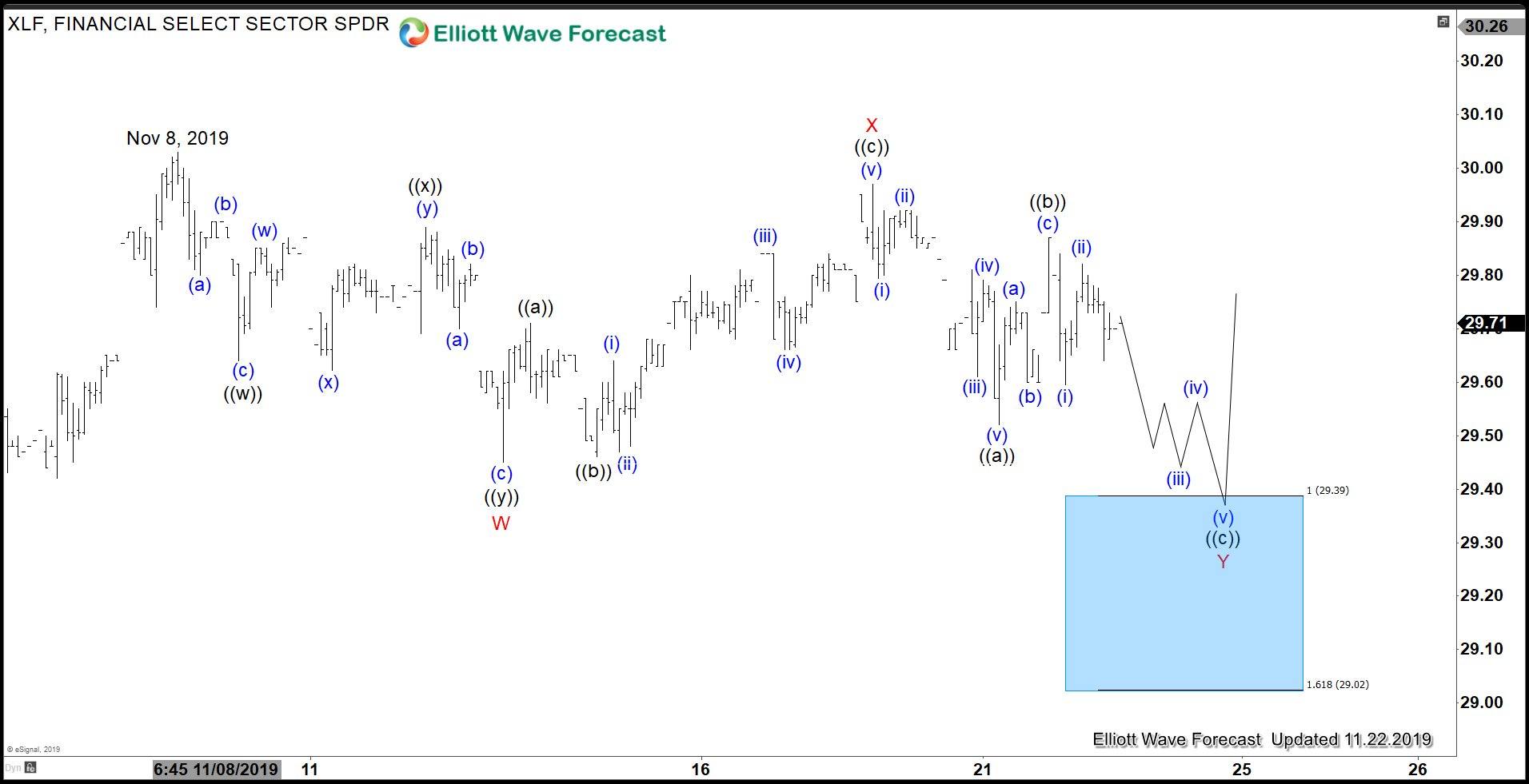 Above is the 1 hour chart of XLF, which is the Financial Sector ETF. The decline from November 8, 2019 high is also overlapping and 3 waves. This suggests that the trend remains bullish. The ETF should see buyers at the blue box above. From there, it should extend higher or bounce in 3 waves at least. 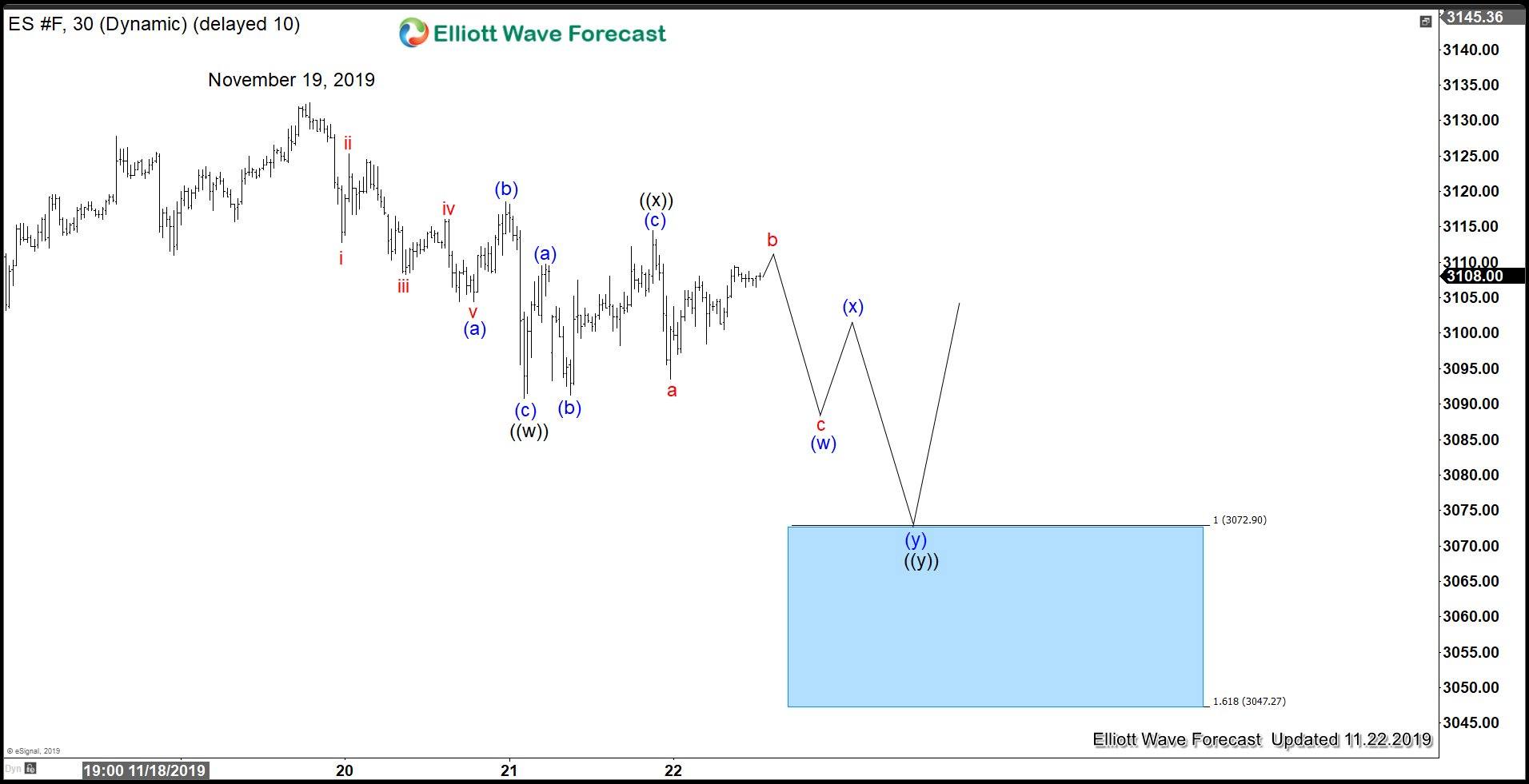 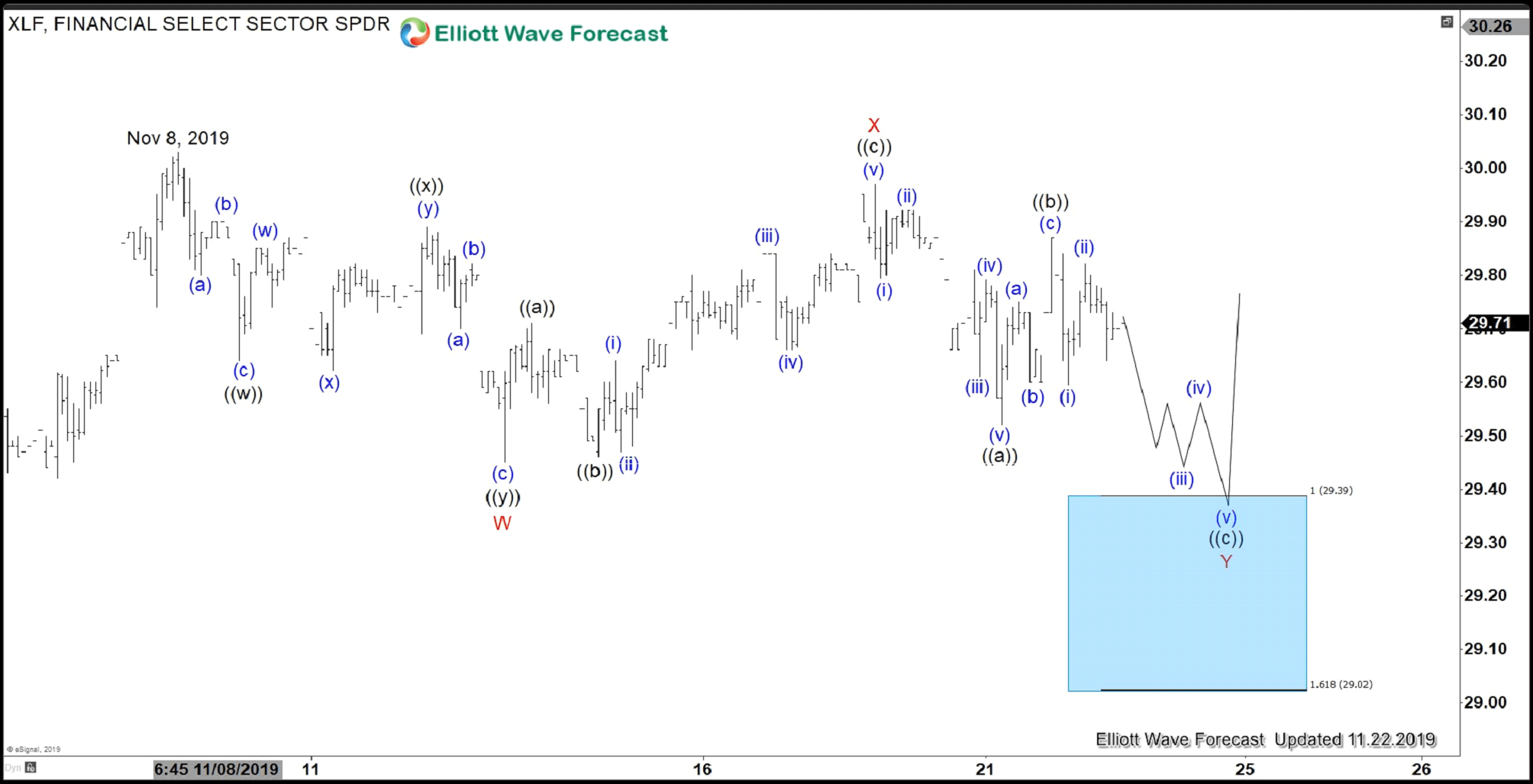