On Monday (December 3),  I noted that Gold’s  “new “line in the sand” at $1230 was also tested, breached and eventually broken. R3 at $1235 is pushing the price into over bought territory and the more significant daily resistance area. The October high was $1243.50″. The follow through bid on gold has continued this week and in low volumes, ahead of the US jobs data later today, Gold remains bid. Yesterdays (December 6) spike higher stalled at  $1244.31, above the October high at $1243.50. However, the key for Gold this week was the close on Tuesday (December 4), north of the $1235 level and the congestion zone that had not been breached significantly during the October move up. 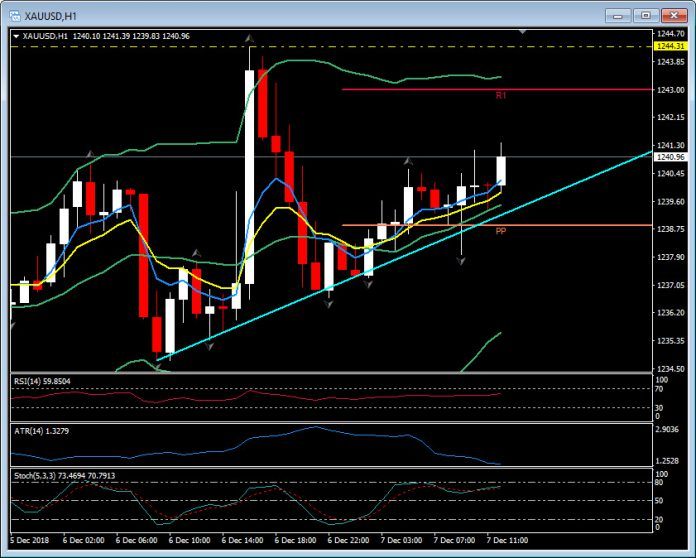 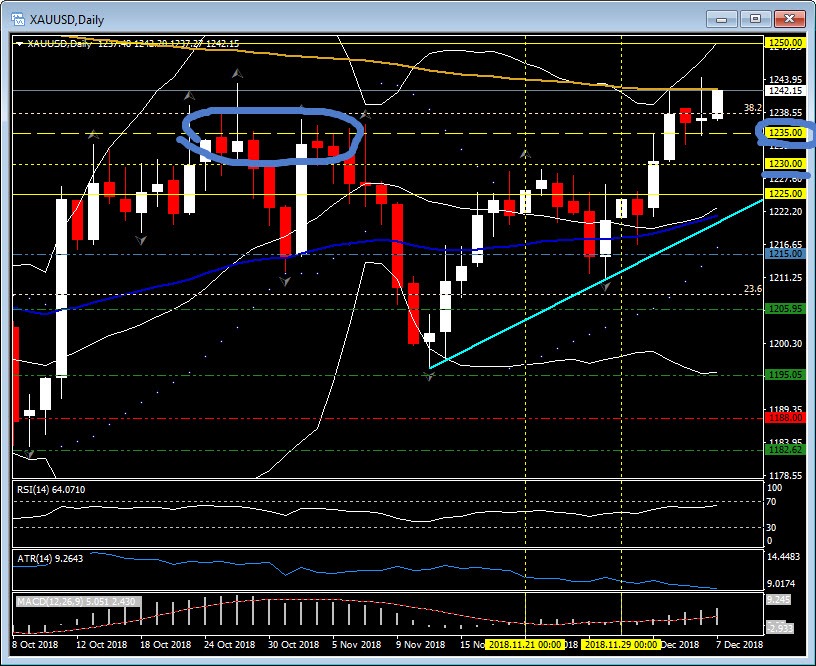