The working-age population in Asia should continue to grow, albeit at increasingly slow rates, through the mid-century. However, this demographic projection for the overall Asian region masks some important differences among individual countries.

Working-age populations in Japan and South Korea likely will contract significantly by mid-century. These declines in the number of individuals, who are potentially available to produce goods and services, will exert downward pressure on potential rates of economic growth in Japan and South Korea, everything else equal. Real GDP very well could begin to contract on a sustained basis in these economies.

In China, the migration of individuals from the low-productivity agricultural sector to the high-productivity industrial sector, in conjunction with rapid rates of capital accumulation, led to a long period of robust economic growth. But China's days of sustained double-digit GDP growth likely are a relic of the past due to the contraction in its working-age population that is already underway.

Working-age populations in India and Indonesia should continue to grow over the next few decades. But they will need to raise their rates of national savings and investment to bring about Chinese-like rates of double-digit economic growth on a sustained basis.

We discussed demographic trends in major regions of the world and their implications for economic growth in Part II of this series. In this third installment, we focus on Asia and some major economies in that region. As shown in Figure 1, the total number of individuals in Asia more than doubled between1970 and 2020. The marked rise in population over that 50-year period was driven by the region's high birth rate, which led the number of people of working age (i.e., individuals between 15 and 64years of age) to grow even faster than the overall population. This strong growth rate in the number of individuals of working age, who potentially are available to produce goods and services, helps to explain the heady rates of economic growth that Asia has enjoyed. But birth rates in most Asian countries have weakened, and population growth has slowed. Looking forward, the United Nations (U.N.) projects that the working-age population in Asia will more or less top out by mid-century. 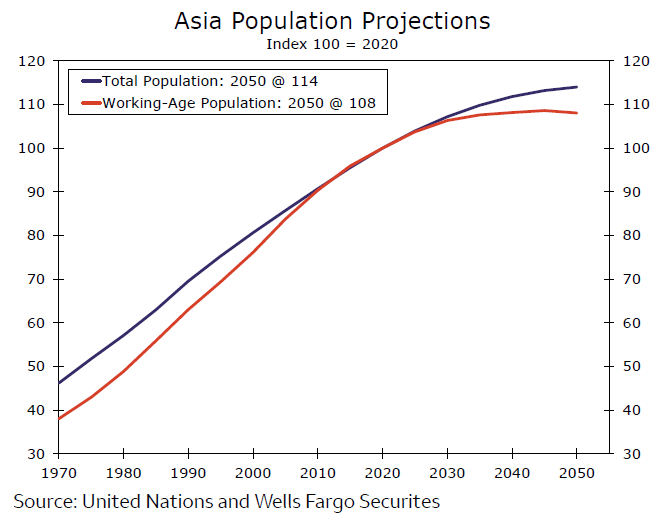 However, as we noted in Part II, this demographic projection for the overall Asian region masks some important differences among individual countries. In the remainder of this report, we focus on the demographic outlook in China, India, Indonesia, Japan, and South Korea. Together, these five countries currently account for roughly 85% of the economic output that is produced in Asia and about 70% of the region's population. As shown in Figure 2, the U.N. forecasts that the working-age population in India and Indonesia will grow 20% and 15% respectively between 2020 and 2050. But the number of individuals of working age in Japan, which has been in steady decline since the mid-1990s, looks set to fall nearly 30% further over the next few decades. Working-age populations in China and South Korea have already topped out, and the U.N. forecasts that they will fall 17% and 34%, respectively, by mid-century. 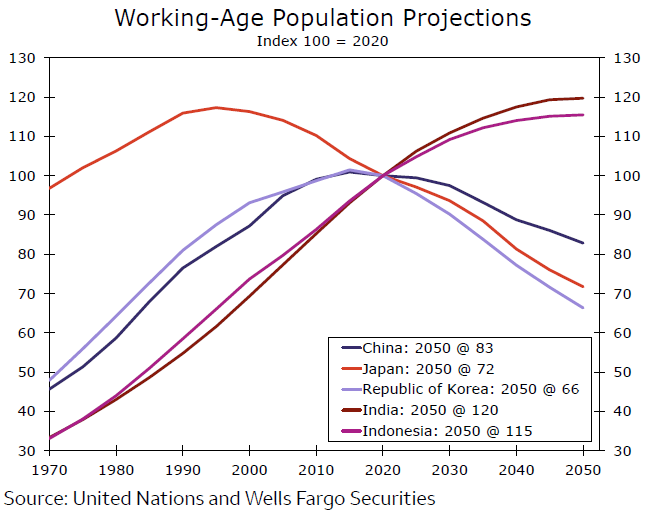 EUR/USD edges higher around 1.1835 inside a bullish chart pattern amid the initial Asian session on Thursday.

Gold (XAU/USD) picks up bids around $1,827, having jumped the most in six weeks, amid early Asian trading on Thursday.

Fear and Greed index shows that fear gripped marketS for over 60 days in a row. Popularity and demand for altcoins with small market capitalization have increased. No big spikes are noted in BTC net flows.

Powell comments weigh on yields and the US dollar 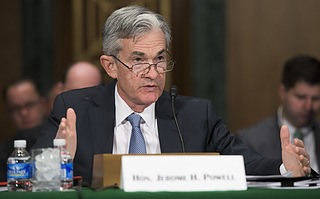 US markets have opened higher, making fresh record highs and ignoring the weakness in today’s Asia and European session with the latest PPI numbers for June appearing to offer the prospect that inflationary pressure is likely to continue for the foreseeable future.