Equity markets remain elevated with more all-time highs on Thursday for the broader S&P 500 while the Dow registered new highs on Wednesday and Thursday. So far late into Friday's session, the markets are seeing some profit-taking to end a solid week. This does set up the intriguing possibility of a double top as we discuss below but confirmation will be needed and a huge week of earnings ahead will give us exactly that. Record highs for stocks then and Bitcoin was not to be outdone as it took a dose of positivity from the launch of the first Bitcoin Exchange Traded Fund (ETF). The new ETF ticker BITO tracks futures which is a proxy for the underlying cash price of Bitcoin and further emboldened Bitcoin bulls as evidence of growing acceptance of the crypto leader. More ETF's are due with Valkyrie launching one today Friday, ticker BTF, and others due to follow from the other main ETF providers. Bitcoin is here to stay from a speculative asset perspective but that does not mean it can keep going up. This may be a case of buy the rumour, sell the news so watch this space over the weekend. Bitcoin has a habit of weekend volatility.

Last Friday's solid retail sales report from the US paved the way for this week's gains as yields fell across the board and the US yield curve continues to flatten. That helped tech stocks which then pumped the broader market, no need for the Fed. Thursday saw yields pop again and some jitters arise but so far the equity market is holding tight.

The financials sector (XLF) roared back to life and took the weekly crown for the best performing sector. No real surprise there given last week's strong earnings from the main commercial and investment banking stocks and the rising yield environment helping loan books. The consumer staples (XLC) and energy (XLE) lagged behind. Consumer staples always fall to growth and tech in strong markets, these are defensive names, while oil and energy stocks have had a good run and saw some profit-taking despite oil remaining elevated.

Market breadth continues to be a cause for concern. Below we see the number of stocks making new 52 week highs has rallied in line with the indices but it is still below previous all-time highs for the indices, a bearish divergence. The number of stocks above their 200-day moving averages also continues to decline, this market is in the hands of the few not the many. 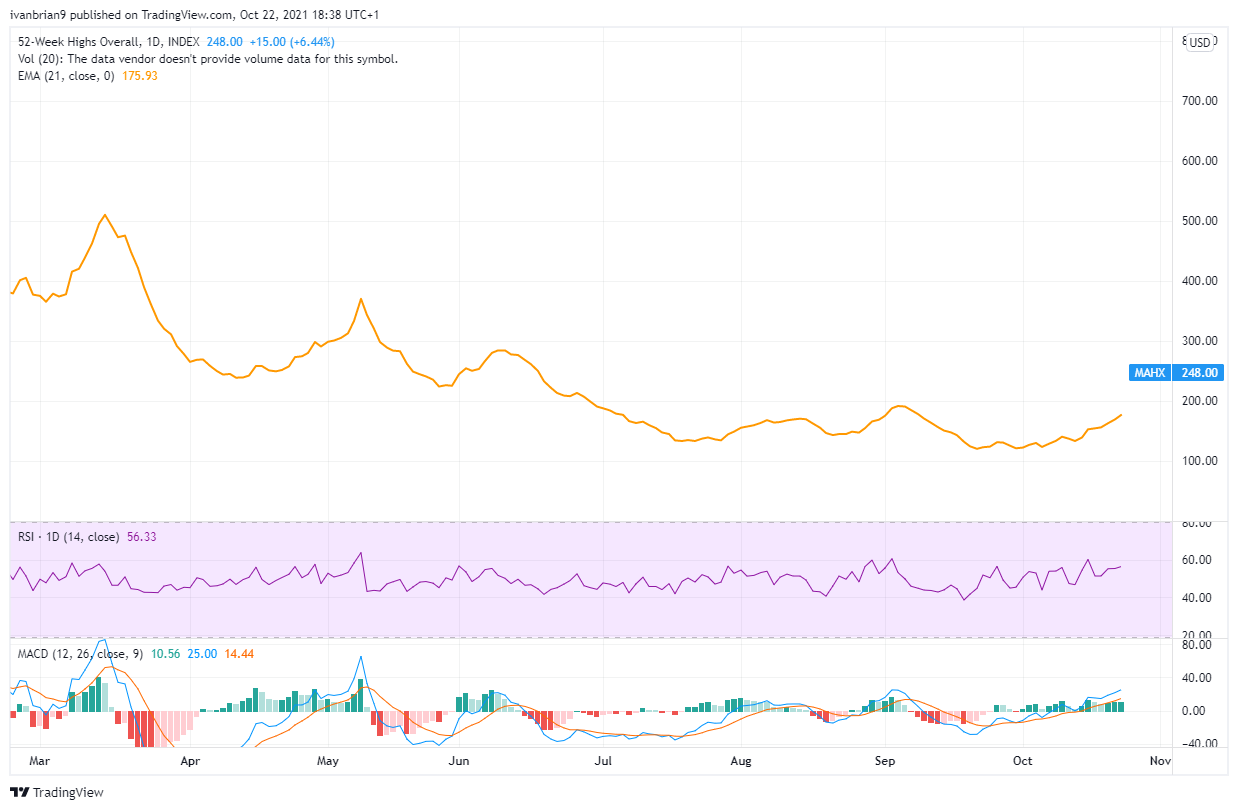 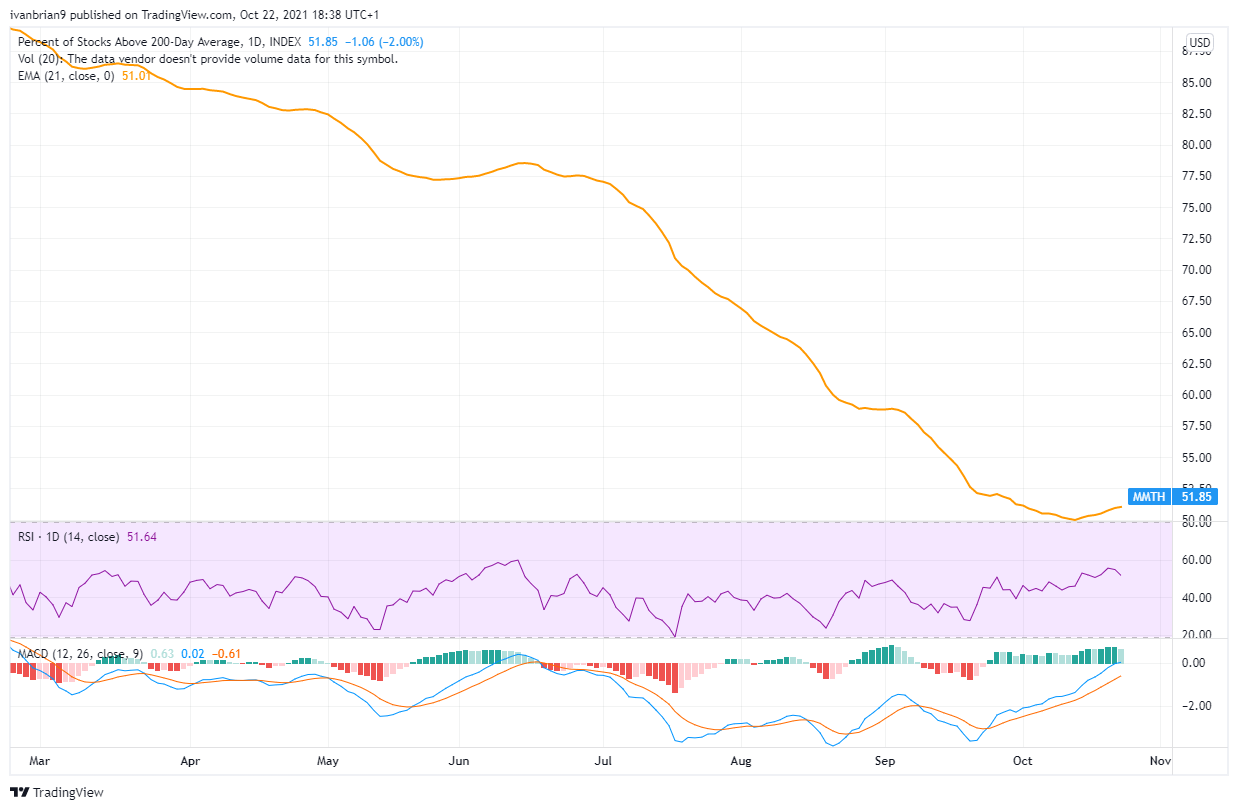 $11.7 billion of net inflows for equity exchange-traded funds (ETFs) according to the latest RefinitivLipperAlpha report. Hard to go against that tide and not surprising that we ended up back at all-time highs then. As mentioned above, XLF the financial sector was the best performing for the week and it also took the award here with +$768 million inflows making it the biggest sectoral inflow. The broader SPY took in $2.7 billion. That is now 2 weeks of ETF inflows in a row after nearly a month of outflows previously.

So tempting to say we have created a double top. That would really get things moving next week but for now, we await confirmation. Momentum is slowing and volatility is dropping. Calm before the storm? 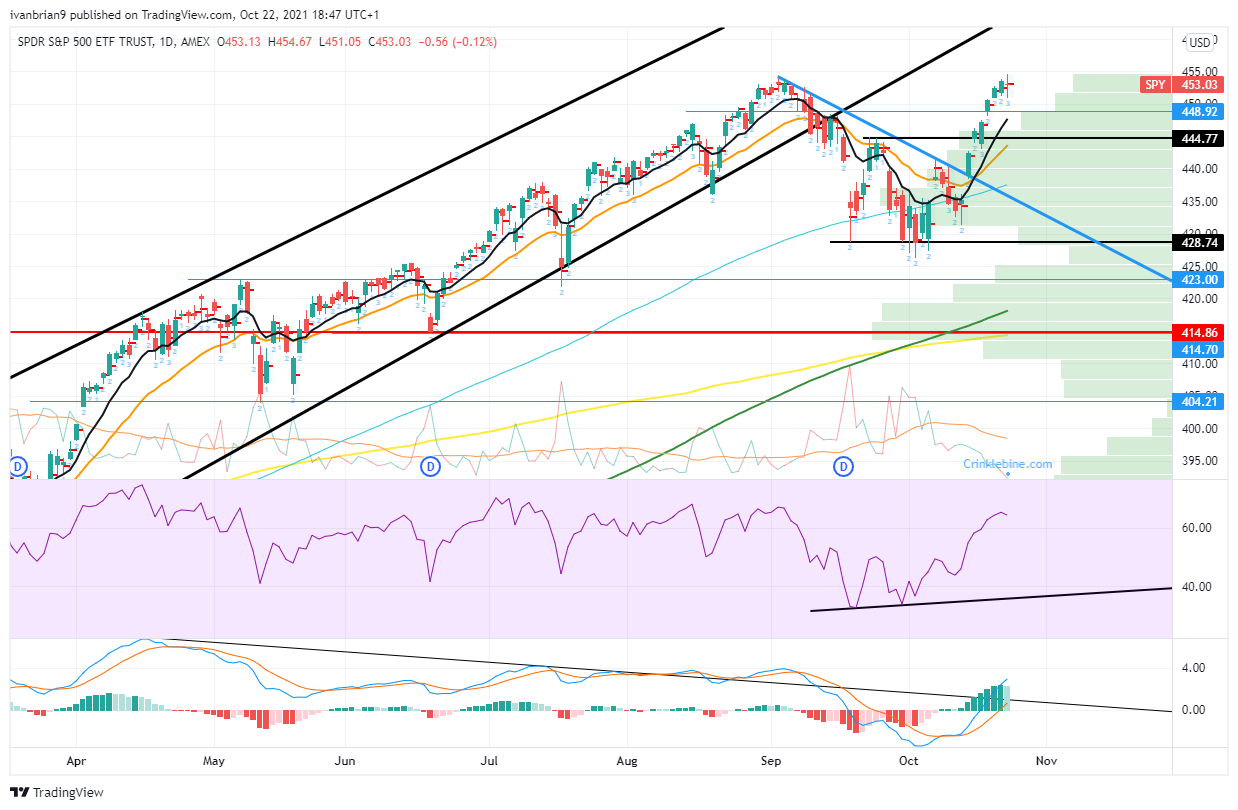 Check that out, next week is the big one with Apple (AAPL), Amazon (AMZN) Facebook (FB), Alphabet (GOOGL) Coca Cola (KO), McDonald's (MCD), Boeing (BA), and Microsoft (MSFT). We can do all the technical analysis we want but that is some flow of earnings that will definitely have a huge impact. If markets remain bullish after that slate then it really is to the moon as our AMC friends would say. 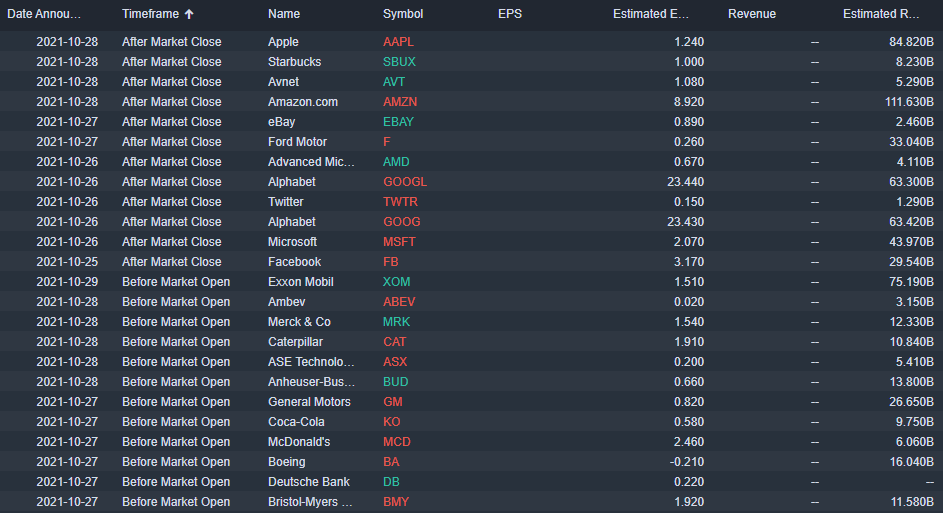 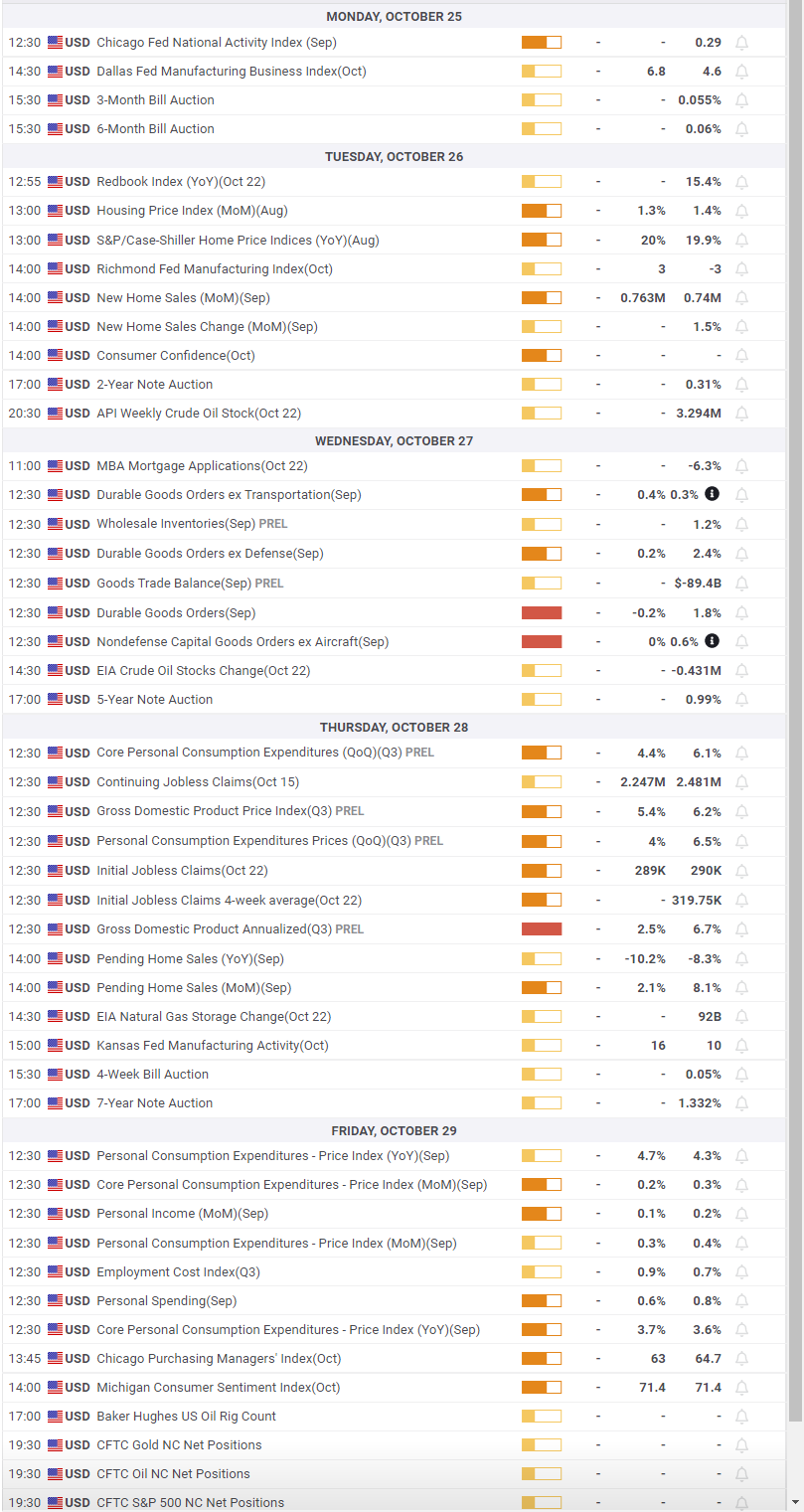