American equities declined on Tuesday after relatively weak consumer inflation data. The Dow Jones declined by more than 240 points while the S&P 500 and Nasdaq 100 indices fell by more than 0.20%. This decline happened after data by the Bureau of Labor Statistics (BLS) said that consumer prices declined from 5.4% in July to 5.3% in August. Without volatile food and energy prices, prices declined from 4.2% to 4.0%. Still, the price is still substantially higher than the Fed’s target of 2.0%. Also, many analysts expect that equities will underperform in the remainder of the year.

The British pound wavered in the overnight session as traders waited for the UK consumer and producer inflation data. Economists polled by Reuters expect the numbers by the Office of National Statistics (ONS) will show that prices rose from 2.0% in July to about 2.9% in August. The core CPI is also expected to rise to about 2.8%. These numbers will be affected by Rishi Sunak’s “Eat Out to Help Out” program that gave Britons a discount at restaurants last year. The inflation numbers will come a day after the UK published weak employment numbers.

The Canadian dollar declined even after higher crude oil prices. The price of Brent and West Texas Intermediate rose to $74 and $70, respectively after bullish reports by the IEA and OPEC. The two agencies said that they expect that demand will rise at a faster rate than expected. The Canadian dollar will react to the latest inflation numbers that will come out ahead of the American session. The data is expected to show that the CPI jumped to 3.9% in August. Still, the impact of these numbers on the CAD will be limited since the BOC delivered its September meeting last week.

The sell-off of the Nasdaq 100 index continued in the overnight session. The index declined to $15,350, which was the lowest level since August 27th. On the four-hour chart, it remains substantially below its all-time high of $15,708. It has also moved below the 25-day moving averages while the MACD remains below the neutral level. For now, the index will remain in a bearish trend as bears target the key support at $15,000. 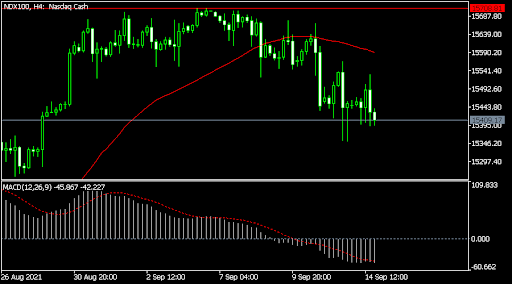 The EURUSD remained in a tight range after the American inflation data. On the four-hour chart, the pair is along with the 25-day and 15-day moving average and the middle line of the Bollinger Bands. The Relative Strength Index (RSI) has also moved from the oversold level of 30 to 50. It has also formed a small head and shoulders pattern. Therefore, there is a likelihood that it will break out higher. 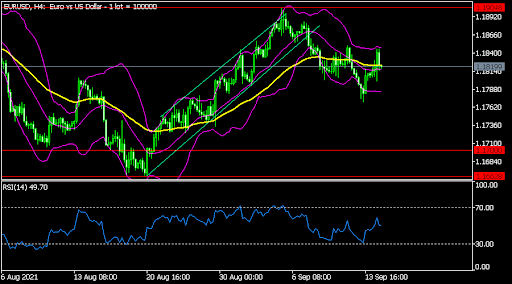 The USDCAD pair rose slightly after the US inflation data. It rose to 1.2670, which was slightly above the key support at 1.2600. It also moved slightly above the 25-day moving average and slightly below the right shoulder of the head and shoulders pattern. The RSI is at the neutral level of 53. Therefore, the pair will likely remain at the current range today. 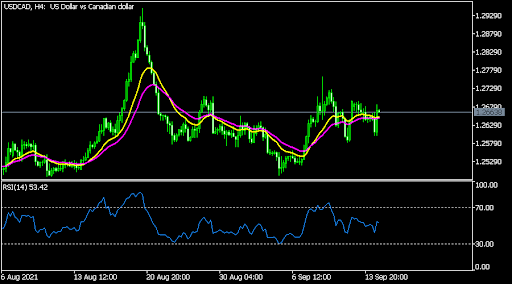