USD/JPY on a mission to claim 145.00; bias cautiously bullish

USDJPY is back on the mission to fight against the 145.00 crucial ceiling after fully recouping the Bank of Japan-led decline to 140.34 last week.

Even though the stochastics are positively charged, the RSI and the MACD are mirroring some skepticism among investors as the former seems to be struggling to post a higher high within the bullish area, while the latter remains stable below its red signal line.

Should the bears drive the price below 144.00, the 20-day simple moving average (SMA) at 143.00 could cancel any extensions towards the 141.55 support zone, where the ascending trendline from 130.38 is positioned. Falling lower, the price may retest last week’s low of 140.34 ahead of the key 139.37 region, a break of which would signal the end of the bullish trend.

In brief, USDJPY is looking cautiously bullish in the short-term picture. The next episode of volatility is expected to start either above 145.00 or below 144.00. 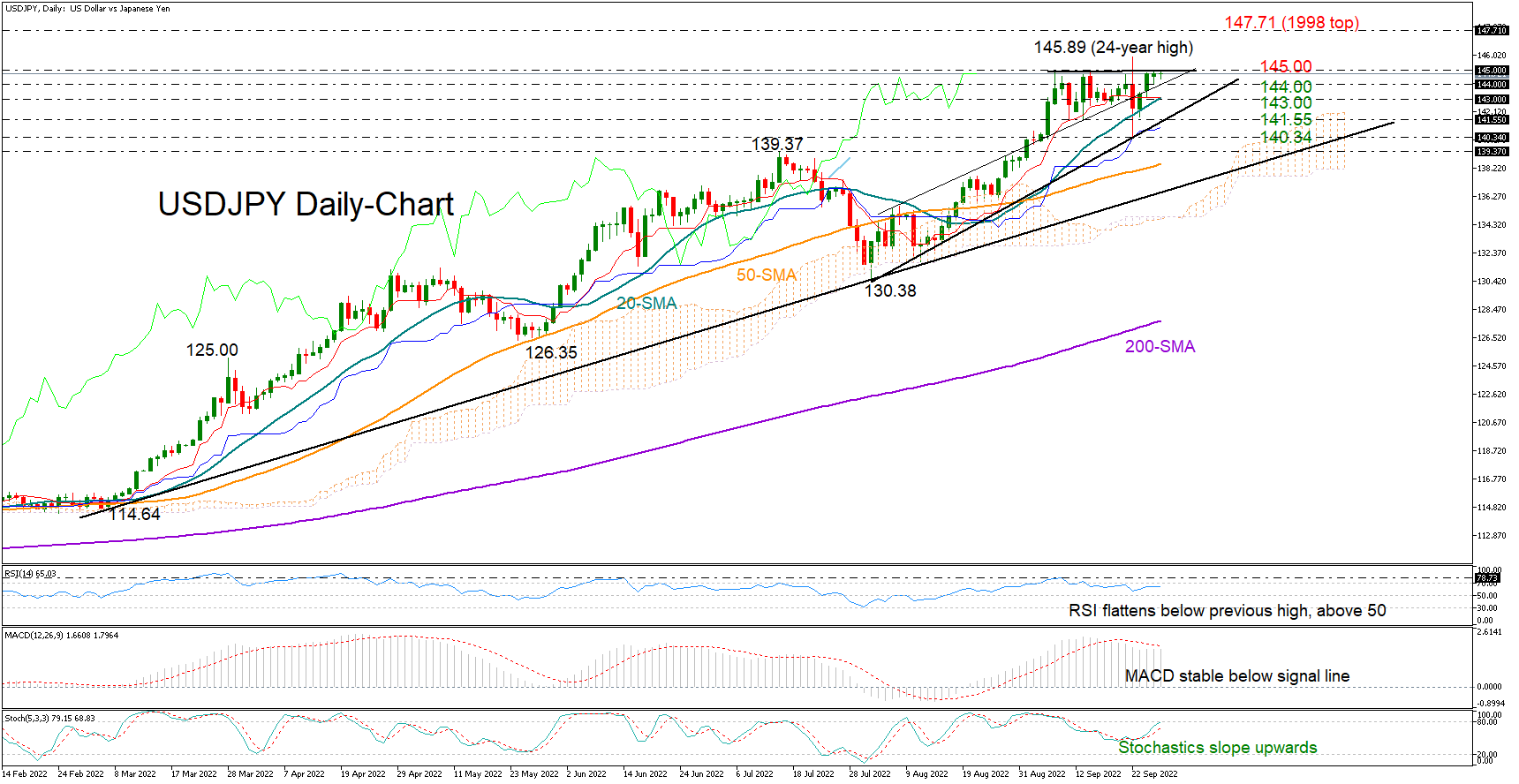 NZDUSD has been trending lower since March, generating a profound structure of lower highs and lower lows. Moreover, in the past few sessions, the technical picture has deteriorated even further, with the price recording a fresh 30-month low of 0.5563.

The momentum indicators are currently deep within their bearish areas, which could also signal that a rebound is imminent. The RSI is descending in the 30-oversold zone, while the stochastic oscillator has eased within its 20-oversold territory.

Should selling pressures intensify, the price could encounter support at the March 2020 bottom of 0.5468. If that floor collapses, the pair will dive towards levels not seen in the past 13 years, where the November 2008 support of 0.5186 could provide downside protection. Failing to halt there, the January 2009 low of 0.4890 may halt any further drops.

To the upside, bullish actions could send the price to test 0.5750. Crossing above this region, the pair might ascend towards the July low of 0.6060 or higher to challenge the recent resistance zone of 0.6160. Piercing through the latter, the August high of 0.6457 could prove to be a tough obstacle for the pair to overcome.

Overall, even if NZDUSD has come under tremendous downside pressure, the momentum indicators currently suggest that the market has reached oversold levels. Therefore, it wouldn’t be a surprise if the pair experienced an upside correction soon. 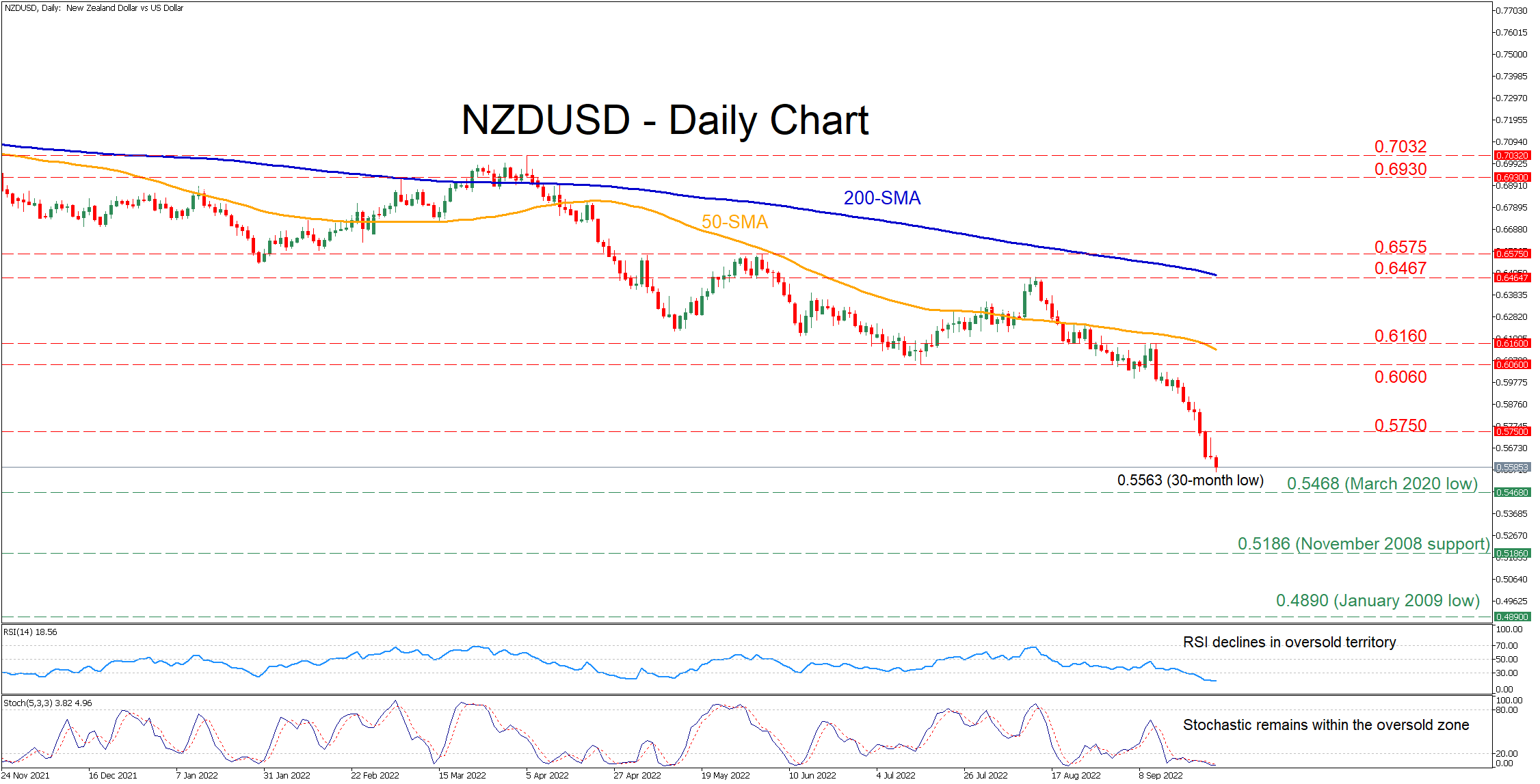