USDCHF is set to complete its sixth consecutive bearish week and close below the 0.9075 tough support area from May 2015, further confirming the break of a long-term range zone.

The bias remains strongly negative as reflected by the downward-sloping simple moving averages (SMAs) and the weakening momentum indicators. However, hopes that the sell-off may soon lose steam are rising in the daily chart as the RSI is approaching a former base zone within oversold territory, while the MACD could also bounce near a familiar support level.

Should the price extend its downleg clearly below 0.9075, the next stop could occur near 0.8930, taken from the 2012 lows. Another violation at this point could stage a more aggressive downfall that may fade within the 0.8690 and 0.8610 borders.

Otherwise, if the pair rebounds near 0.9075, the bulls may need to jump above the 0.9180 barrier and then run beyond the 0.9258 obstacle to reach the 20-day SMA currently around 0.9320. Higher, the spotlight would shift to the swing high of 0.9466, a break of which would confirm the end of the bearish wave. Yet, only a rally above the descending trendline could raise speculation that a bullish trend is in progress.

In brief, USDCHF keeps facing negative risks, though technical signals suggest that the sell-off could be overstretched. 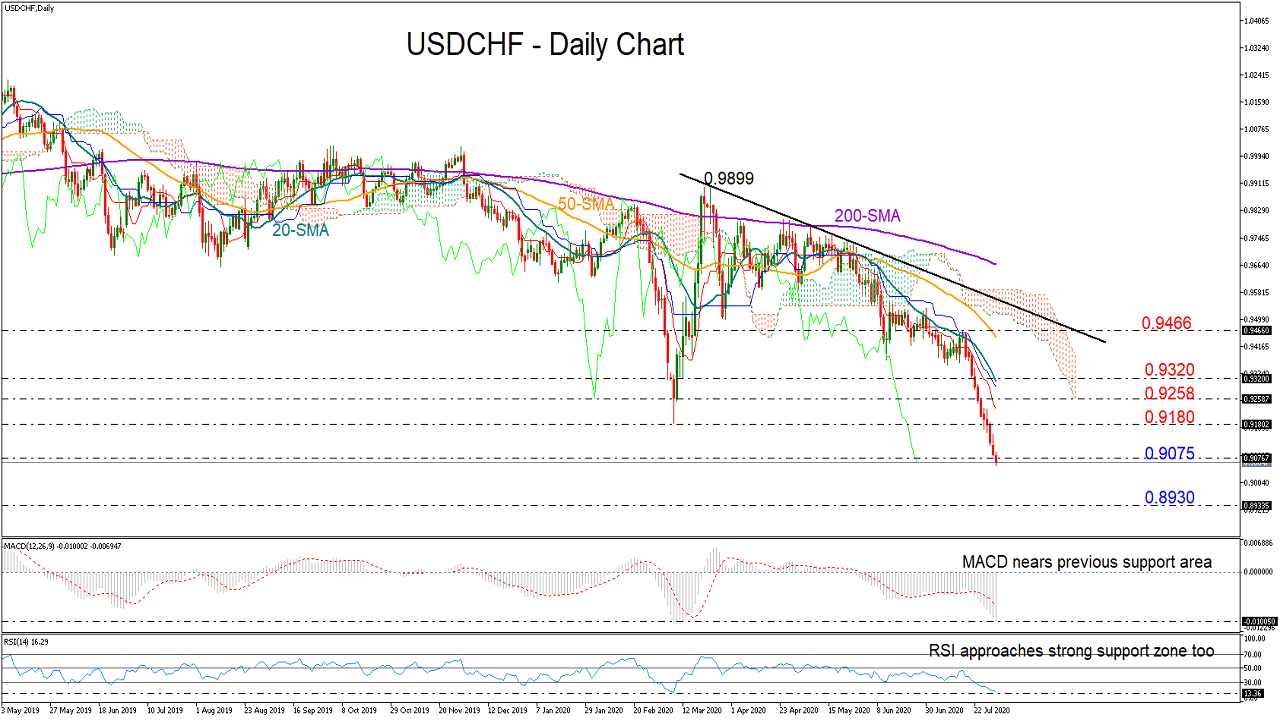