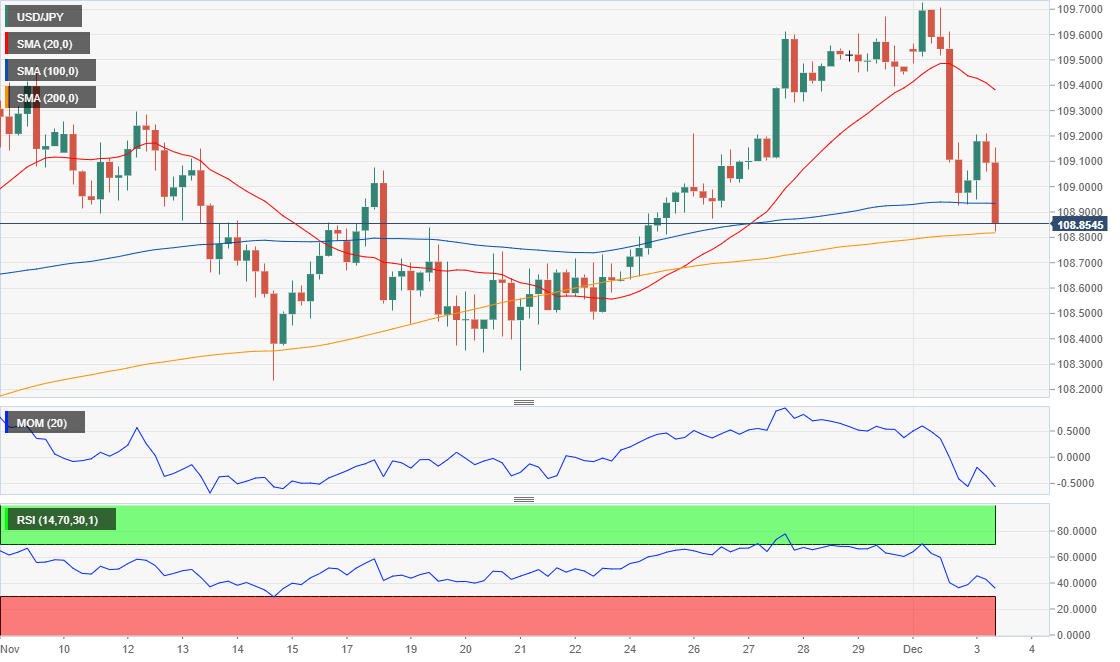 The USD/JPY pair remains under selling pressure, having extended its decline to 108.82 following London’s opening. US President Trump continues triggering fear across the financial world, this time, menacing with slapping tariffs on France on goods worth $2.4 billion, in response to France's digital tax. The negative sentiment was exacerbated by comments from Trump, who said that he likes the idea of “waiting until after the election for the China deal, but they want to make a deal now and we will see whether or not the deal is going to be right.”

Asian equities followed the lead of Wall Street, which collapsed Monday, while European indexes are also under pressure, although mixed at the time being. Meanwhile, US Treasury yields ticked lower, with the yield on the 10-year note at 1.79% after peaking at 1.85% this week.

Japan published November Monetary Base, which increased by 3.3% YoY, better than the 2.6% anticipated by the market. The US will publish today the November ISM-NY Business Conditions Index, seen at 44.7, down from 47.7 in October.

The USD/JPY pair is pressuring daily lows and bearish, according to the 4-hour chart, as it extended its decline below the 100 SMA, while the 20 SMA turned south well above the current level. The 200 SMA provides dynamic support at around 108.80. Technical indicators, in the meantime, maintain their strong bearish slopes, nearing oversold territory. A break below the mentioned 200 SMA, should lead to a steeper decline toward the 108.00 threshold.