The price of crude oil held steady as the market reflected on the crisis at the Suez Canal, where a giant ship has blocked the narrow channel. Activity to dislodge the ship, The Ever Given, continued today, with experts saying the process could take more than a week. The blockage has forced some ships to take the longer route of moving around the African continent. Analysts believe that a continued blockage will lead to possible oil supply shortages, which could push prices higher.

The British pound rose slightly after the relatively mixed UK retail sales numbers. According to the Office of National Statistics (ONS), the total retail sales rose by 2.1% in February after falling by more than 8.2% in the previous month. The sales declined by 3.7% on an annualised basis, an improvement from the previous decline of 5.9%. The core retail sales rose from - 8.8% to 2.4%. These numbers came a few days after the ONS published the relatively mixed employment and inflation numbers.

The euro rose against the US dollar after the EU agreed to limit vaccine exports after the bloc realised that it sent more vaccines to the rest of the world than it had given its citizens. In total, companies have shipped more than 77 million doses abroad while the bloc has vaccinated more than 62 million people. Still, this measure could attract retaliation from other countries and put the overall process in jeopardy. This happened as the EU battles with another wave of the virus.

The EUR/USD pair rose to an intraday high of 1.1800 after the announcement by the EU. On the 30-minute chart, the price has formed an ascending channel that resembles a bearish flag pattern. The highest point today was along the upper side of this channel. It is also slightly above the 15-day moving average. Therefore, there is a possibility that the pair will resume the downward trend and retest the support at 1.1760. 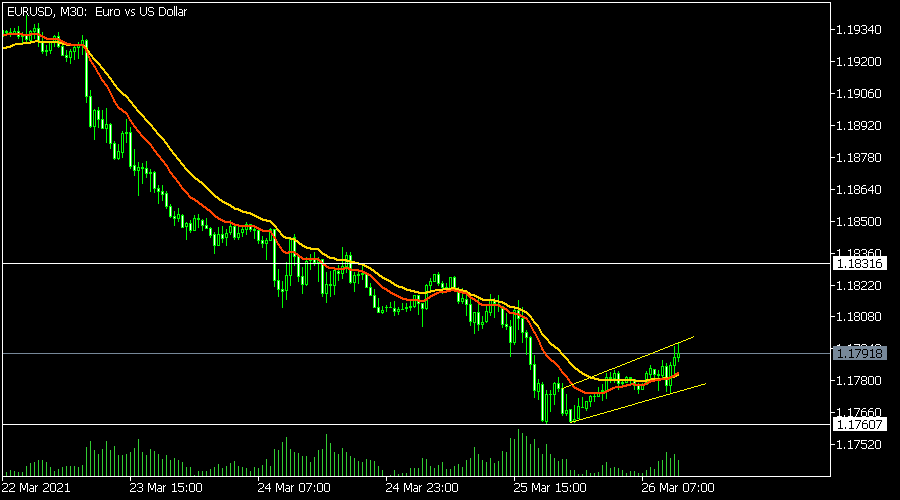 The XBR/USD pair rose as the market continued to react to the stuck cargo ship in the Suez Canal. On the 30-minute chart, the price moved above the short- and longer-term moving averages. It also appears to be forming an inverted head and shoulders pattern whose neckline is at 64.37. It is also along the upper side of the Bollinger Bands while the Relative Strength Index (RSI) has also kept rising. The pair may keep rising during the neckline at 64.37. 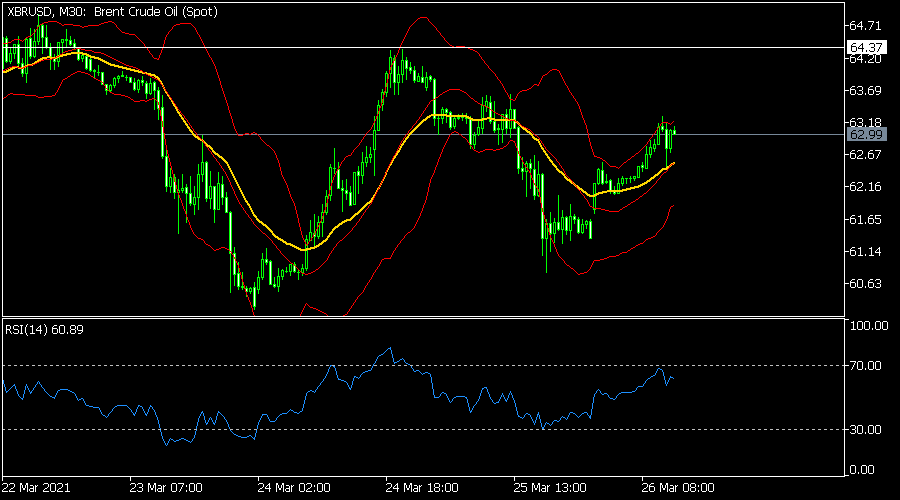 The USD/JPY rose to a multi-month high of 109.48. On the four-hour chart, the price had formed a bullish flag pattern a few days ago. It also moved above the important resistance at 109.31, and above the short and medium-term moving averages, while the Stochastic oscillator has moved above the overbought level. The pair may keep rising as bulls target the next key resistance at 110. 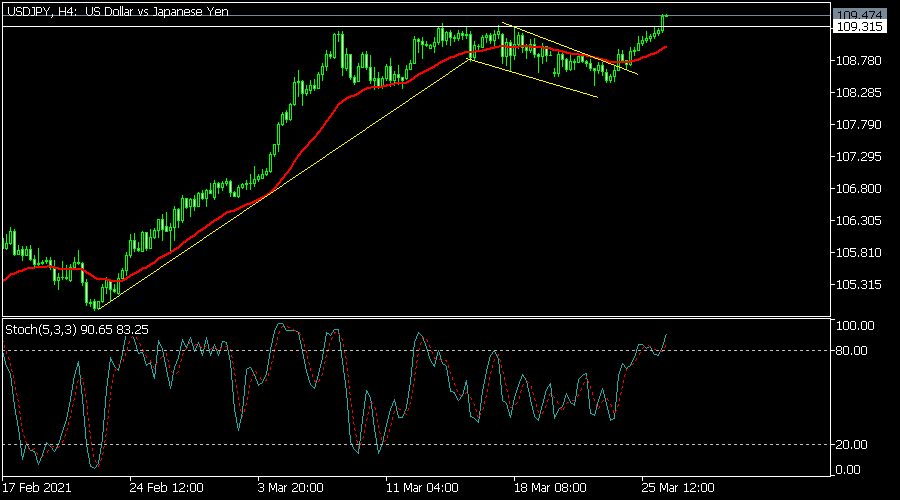 EUR/USD is trading below 1.19, under pressure after US inflation figures beat estimates with 2.6% YoY, while Core CPI beat expectations with 1.6%. Concerns about J&J's vaccines have boosted the safe-haven dollar.

GBP/USD is trading below 1.3750 after UK GDP figures for February missed with 0.4% and despite Britain's successful vaccination campaign. The currency pair has been under pressure as the dollar strengthens across the board alongside yields. US inflation beat estimates.

GBP/USD is trading below 1.3750 after UK GDP figures for February missed with 0.4% and despite Britain's successful vaccination campaign. The currency pair has been under pressure as the dollar strengthens across the board alongside yields. US inflation beat estimates.

XAU/USD drops below $1,730 amid higher US Treasury yields, ahead of CPI

XRP price broke out of a bull pennant on April 10, targeting $1.58 If the buying pressure persists, Ripple might surge another 16% to $1.68. The MRI shows the formation of a cycle top on the 12-hour chart, suggesting a move lower.