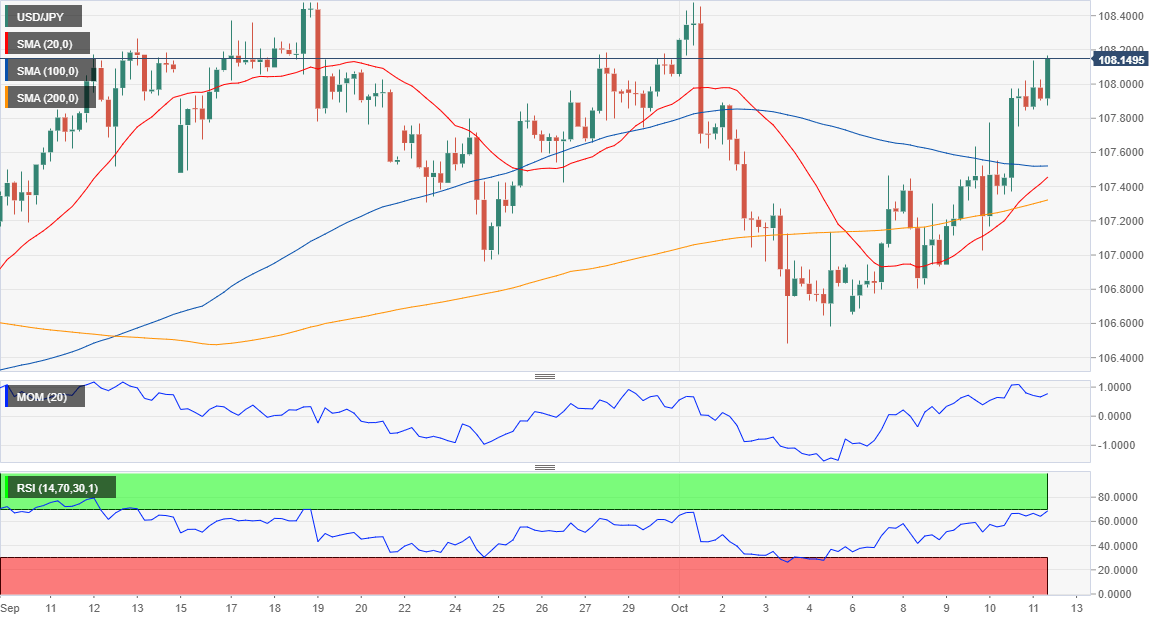 Major pairs are extending their Thursday movements,  with the USD/JPY pair reaching fresh weekly highs above 108.10. Speculative interest is waiting for more developments related to Brexit and the US-China trade talks, currently optimistic about both. Equities are firmly up in Asia and Europe, as US futures trade at fresh weekly highs. Meanwhile, US Treasury yields hover around weekly highs, maintaining their positive tone. Risk-on keeps the yen under pressure, but also limits demand for the greenback, resulting in the pair having a neutral-to-bullish stance.

Japan didn’t release relevant data, while during the American session, the main report will the October preliminary Michigan Consumer Sentiment Index, foreseen at 92.0 from 93.2 in September. The news could trigger some action, although trade-war and Brexit headlines would probably continue to dominate currencies’ behaviour.

The USD/JPY pair is heading toward September high at 108.47, having topped around this last twice in the past month. The short-term picture favors such advance, as, in the 4 hours chart, the pair is extending its gains beyond all of its moving averages, with the 20 SMA having already crossed above the 200 SMA and about to cross above the 100 SMA. Technical indicators in the mentioned chart are resuming their advances after a period of consolidation near overbought readings, also favoring an advance.