I wrote last yesterday that the Dollar was generally stronger everywhere, and the key pivotal level which may now act as new support was shown at 0.9957 in the chart below. I saw the opportunities as at the extreme price lives near parity (1.0000) and the lower round number (0.9900) if any reversals happened there. I doubted either of these areas would be reached.

This was an adequate call, although the price was a little more bullish than I expected. I would see the level at 0.9957 as potential good support now, but I still see the major opportunities as reversals at the extremes as I note the absence of any real medium or long-term trend here in this pair.

I take no directional bias on this pair today. 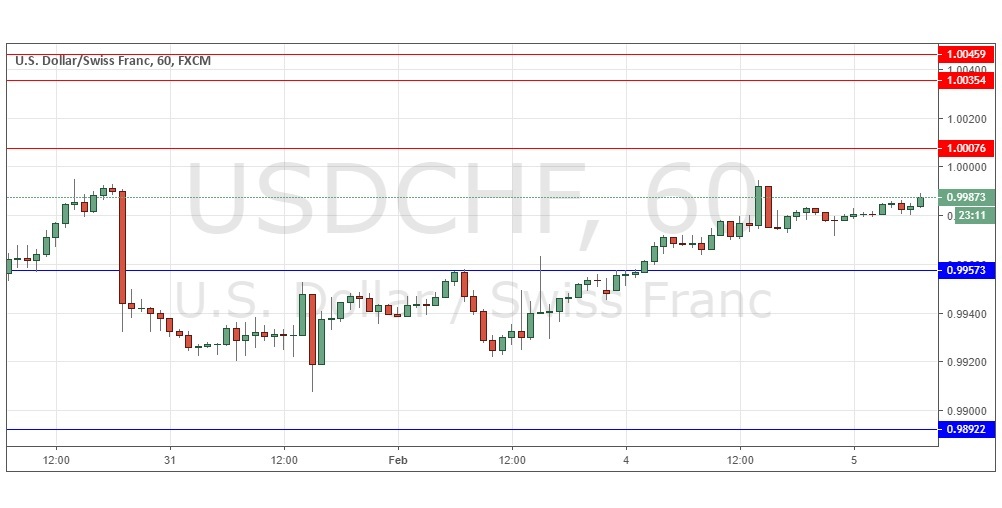 There is nothing of high importance due today regarding the CHF. Concerning the USD, there will be a release of ISM Non-Manufacturing PMI data at 3pm London time.