Yesterday’s signals were not triggered, as there was no bullish price action at 1.3165.

Trades may only be entered before 5pm New York time today.

I wrote yesterday that the picture was looking more bearish as the USD continued to weaken, and we had new lower resistance at 1.3218. I was ready to take a bearish bias if we get a retrace to that level later and a firm bearish rejection, but it looks right now that the support at 1.3165 is likely to be hit first before that happens. This was a good call as the level at 1.3165 was reached (and then invalidated) before the price began to move up. There is new lower resistance just below 1.3218 at 1.3206 where the price seems to have turned bearish in recent hours. Crude Oil is strong and there is no support until 1.3055 so lower prices look likely. I would take a bearish bias if the price can trade below 1.3150 for a couple of hours on relatively high volatility. 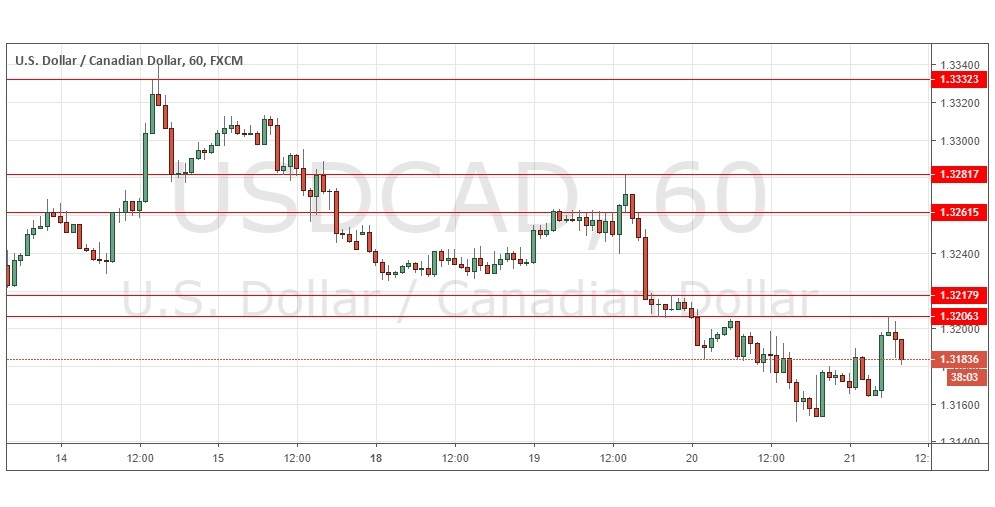 Concerning the USD, there will be a release of Core Durable Goods Orders at 1:30pm London time. Regarding the CAD, the Governor of the Bank of Canada will be giving a minor speech at 5:35pm.