The Canadian dollar continues to drift in calm waters for a fourth straight day. However, with key data on both sides of the border as well as the FOMC decision on today’s calendar, USD/CAD could show some stronger movement in the North American session. In the European session, USD/CAD is trading at 1.3174, down 0.09% on the day.

Canada CPI, US retail sales next

Investors will be keeping a close eye on the FOMC decision later on Wednesday, but the opening act will feature Canadian consumer inflation and US retail sales releases. In Canada, inflation has tapered off and the August forecast is not at all promising. The headline reading came in at a flat 0.0% in July, and the August estimate stands at 0.1%. Core CPI has also struggled, with three declines in the past four months. The July release came in at -0.1%. Over in the US, retail sales are projected to dip from 1.2% to 1.1%. However, the more significant core release is expected to fall to 1.0%, down from 1.9%. If investors are sour on the retail sales numbers, risk appetite could fall and drag down the Canadian dollar, which is a minor currency.

How dovish will the Fed be?

The Federal Reserve is widely expected to maintain the Fed Funds Rate between 0.00% and 0.25%, where they have been pegged since March. In late August, Fed Chair Powell said that the Fed would use an “average inflation targeting” process, which means that inflation could overshoot the two percent threshold before the Fed responds by hiking rates. This marks a major policy change, and if Powell adds some detail to what this new policy entails, the markets will be all ears. With some analysts predicting that the Fed will not raise rates before 2023, it appears that the US dollar won’t be getting any boost from higher interest rates for the foreseeable future. 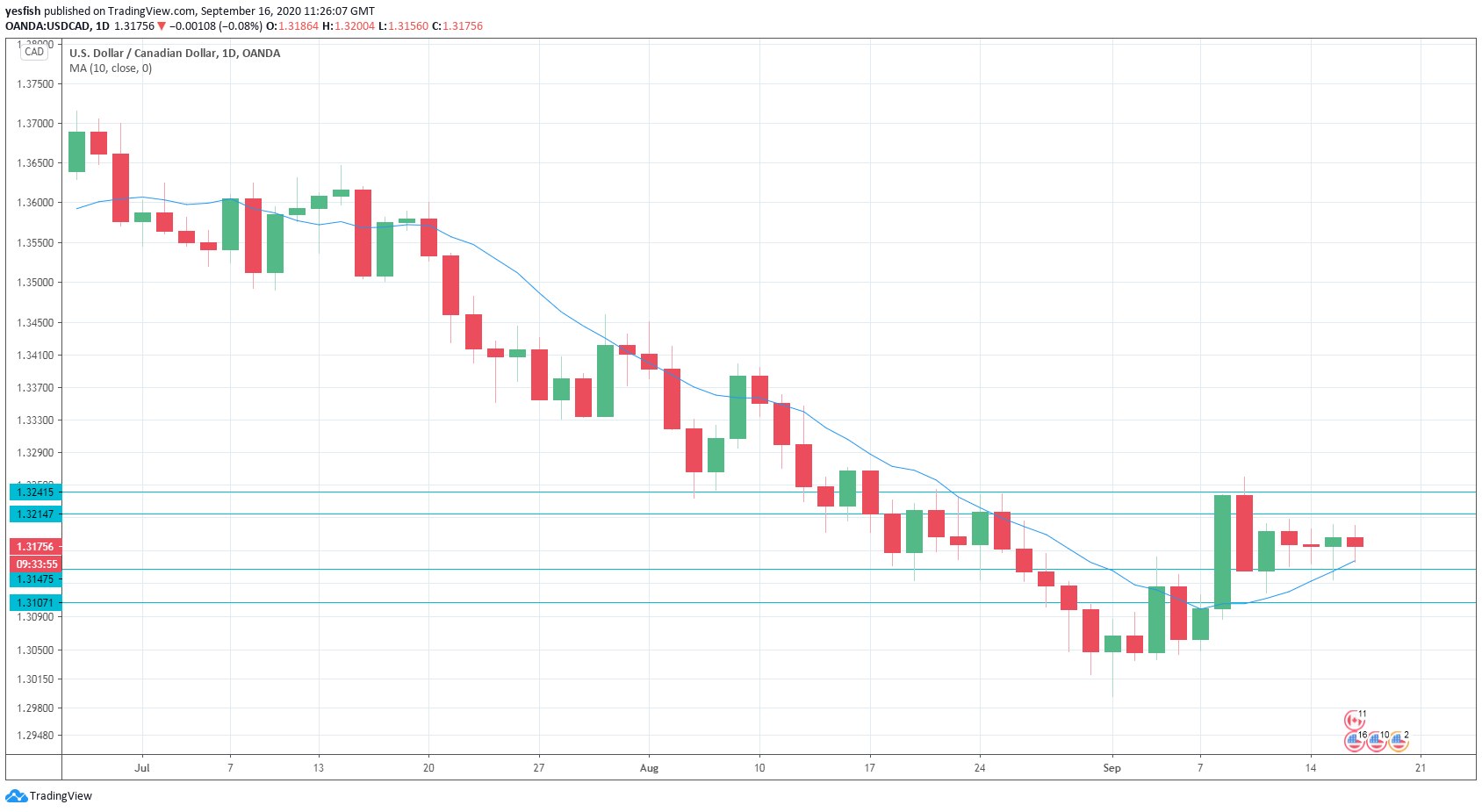